The revelation makes him the third major American Jewish funder associated with the project. 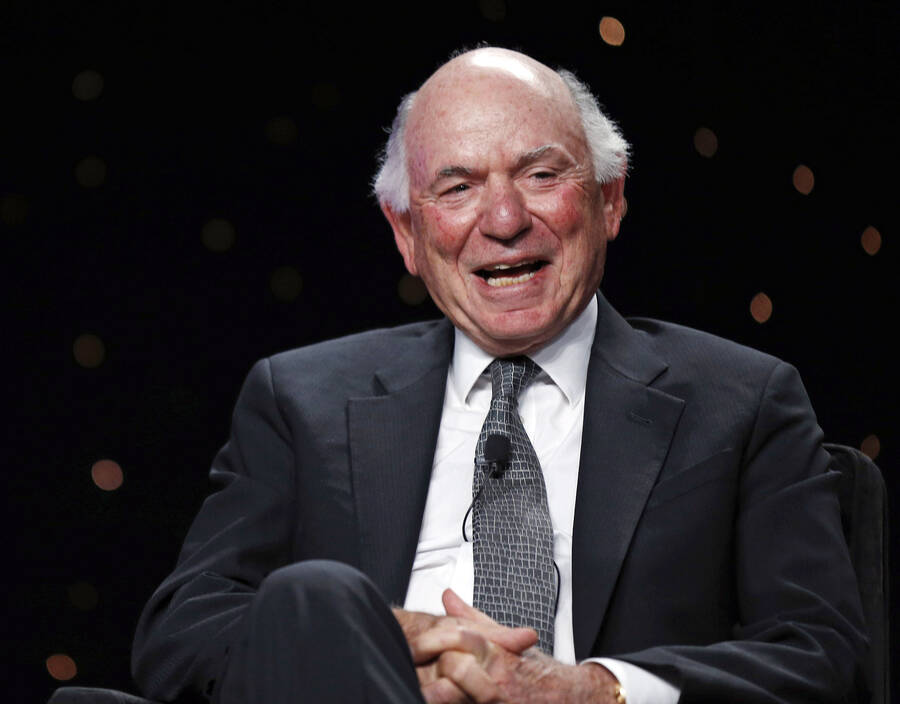 IN 2018, philanthropist Michael Leven, a hospitality executive who has served on the boards of major Jewish organizations, made his customary series of donations to American Jewish organizations: $125,000 to Birthright Israel, $75,000 to Hillel chapters in Georgia and Pennsylvania, $70,000 to the American Jewish Joint Distribution Committee, and tens of thousands more to other groups. But alongside those gifts to some of the most respected organizations in the American Jewish community, Jewish Currents found in a review of Leven’s foundation’s tax records, was a donation of a different nature: a $50,000 grant to Canary Mission, the controversial website that targets supporters of Palestinian rights, and which many Palestinian rights advocates describe as a shadowy blacklist that chills free speech and encourages social media harassment. Leven confirmed in an interview with Jewish Currents that he sent money to Canary Mission, saying he hoped the grant would help “identify significant antisemites” and “bring the knowledge of their antisemitism to the surface.”

Canary Mission is a deliberately opaque organization. It is anonymously run, with no staff or funding information listed on its website. Because it is not a registered nonprofit in the US, most of its funders retain their anonymity, shielding them from accountability for backing a student blacklist. But in recent years, reporting in The Forward has exposed some of the group’s funders by uncovering links between Canary Mission and an equally opaque Israeli nonprofit called Megamot Shalom. Adding an additional layer of obfuscation, the known donations to Canary Mission through Megamot Shalom, including Leven’s, were first sent to the Central Fund of Israel, a New York-based nonprofit that serves as a pass-through for donations to organizations serving Israeli settlements in the West Bank and other right-wing Israel advocacy organizations.

Launched in 2015, Canary Mission has compiled thousands of profiles of Palestinian rights supporters, most of them students and professors who have participated in Palestinian solidarity activism on American campuses. The profiles include photos of activists, screenshots from their social media, and documentation of protests and events they attended, as well as direct hyperlinks to their social media accounts and workplaces. Sometimes, the profiles document obviously antisemitic utterances, such as one Facebook user’s assertion that “Jews have manipulated the US into murdering the innocent.” But frequently, the profiles criticize people for engaging in Palestinian rights organizing, like campus Boycott, Divestment, and Sanctions (BDS) campaigns, that many would argue are not in itself antisemitic.

Being featured on Canary Mission can prompt significant real-world consequences. The FBI has cited Canary Mission profiles in interrogations of American activists. Palestinian and Arab American activists can face especially harsh repercussions if they appear on Canary Mission: Israeli border agents have used profiles on the site as a reason to deny Palestinian Americans entry into Israel/Palestine, curtailing their ability to visit family. This past May, Canary Mission was used to help fuel a smear campaign against Emily Wilder, who was fired from her position as an Associated Press news fellow after stories about her college Palestine-related activism drawing from her Canary Mission profile ran in conservative outlets The Washington Free Beacon and Fox News.

Because of Canary Mission’s heavy focus on Muslim students and on targeting individuals, it has been denounced by representatives of some mainstream Jewish groups: In 2018, Hillel student leaders published an op-ed in JTA criticizing the website for “promoting a negative perception of Muslims” and for using “intimidation tactics.” In 2017, in response to the Israel on Campus Coalition endorsing Canary Mission as “a strong deterrent against anti-Semitism and BDS activism,” Kenneth Stern, a former American Jewish Committee official, said that Canary Mission “is a blacklist, like the academic boycott [of Israel] is a blacklist. You don’t oppose one blacklist by another blacklist.” But others have been reluctant to completely condemn an organization that shares their Israel-advocacy goals and their belief that the BDS movement is antisemitic, even if they consider Canary Mission’s tactics uncouth. The Anti-Defamation League, for example, expressed support for Hillel students’ op-ed about Canary Mission—tweeting that Canary Mission used “Islamophobic & racist” rhetoric—and then, after receiving criticism from the right, backtracked, telling JTA, “it was wrong to apply those labels to a group working, like us, to counter anti-Semitism on campus.”

“The Jewish mainstream looks at Canary Mission and it makes them uncomfortable. The idea of trying to ruin students’ lives is uncomfortable. But the bottom line is it comes out of the Jewish mainstream,” said Lara Friedman, President of the Foundation for Middle East Peace (and a contributing writer to Jewish Currents). “Shutting down critics of Israel and criticism of Israel on campuses is in the mainstream. [Leven’s donation] is one more piece of evidence of how mainstream it is.”

WHILE CANARY MISSION has a controversial reputation, Leven has a different profile: that of a generous Jewish philanthropist to some of the most august Jewish organizations in the country. Leven, an 83-year-old who resides in Boca Raton, Florida, does not have widespread name recognition, but he has close ties to prominent Jewish philanthropists who do. He is a former COO of Las Vegas Sands, the casino company started by Birthright Israel bankroller Sheldon Adelson (who died in January), and has served on the foundation board of Bernie Marcus, the founder of Home Depot and a major donor in the Atlanta Jewish community. While Leven’s political leanings place him, like Marcus and Adelson, on the rightward edge of the mainstream Jewish community—he is on the advisory council of the right-wing activist group Turning Point USA—some of his philanthropy has targeted organizations commonly understood as centrist: He has served on or currently sits on the boards of Birthright Israel, the Jewish fraternity AEPi’s foundation, and the Jewish Federation of Las Vegas. Leven is also a co-founder of the Jewish Future Pledge, an initiative that encourages Jewish philanthropists to ensure that upon their death, at least half of their wealth will be reserved for Jewish and/or pro-Israel causes.

Leven told Jewish Currents that he was approached for funding by a Canary Mission representative whose name he said he could not recall. He agreed to fund Canary Mission, he said, because he hoped to “assist the identification of individuals who were qualified publicly to be antisemites and to identify them.”

Leven said he doesn’t know exactly how his donation was used by Canary Mission, other than for general support. But the 2018 Leven Family Foundation tax filing lists the purpose of the donation to the Central Fund of Israel as for “JVP Campaign Work Megamot Shalom.” In November 2018, Canary Mission published a report and a video on Jewish Voice for Peace (JVP), criticizing the Palestinian rights group for attempting “to drive a wedge between American Jews and Israel.” The report listed the names, photos, and profiles of 70 JVP members, many of whom were affiliated with campus JVP chapters. Stefanie Fox, JVP’s executive director, said while the report did not significantly impact the organization’s finances and existing reputation, individual students and activists did suffer consequences. “[There’s] a chilling effect for individual activists,” said Fox. “Powerful young organizers are scared to keep organizing or worry for their families or don’t want to list their names publicly.”

IN 2018, the year of Leven’s donation to Canary Mission for “JVP Campaign Work,” Becca Lewis was a JVP student organizer of George Washington University’s #DivestThisTime campaign, which called on the student government to pass a resolution encouraging the university to divest from nine corporations that do business with the Israeli army (the hashtag was a reference to the university’s failure to divest from apartheid South Africa). The night before the student government vote was slated to take place, Students for Justice in Palestine (SJP) and JVP student activists found stickers across the university’s Foggy Bottom campus reading “JVP: Fake News, Fake Jews.” On a newspaper stand, another message read “Be proud, antisemites! Don’t vote BDS in secret,” accompanied by stickers featuring Canary Mission’s logo. As activists scrambled to remove the stickers that night, Lewis says she and four other students witnessed two middle-aged men across the street watching them before getting into a car and leaving. The students reported the incident to campus security, and the Student Association delayed the vote by one week out of safety concerns. Days later, Lewis and other organizers found a flyer posted on campus reading, “SJP you saw 2 of us. We see all of you.”

In the days leading up to the rescheduled vote, more stickers and posters appeared, with slogans such as “SJP hates Jews” and “SA [Student Association], there are no secrets. We will know your vote and act accordingly.” On the day of the vote, two adult men wearing bird costumes—possibly a reference to Canary Mission’s logo—lingered in the lobby of the campus building where it was scheduled to take place.

While the men did not speak directly to any students, Lewis described the experience as “deeply scary” because previously, Canary Mission’s presence was mostly felt virtually. “It exists in the ether of the internet, but what happened on our campus was a physical aspect of it,” Lewis said. “We knew at that point that they were really watching us. These were adults who were being paid to terrorize students on campus.”

When asked about Canary Mission’s targeting of JVP, Leven said he doesn’t consider JVP members to be antisemites, and that holding a “different opinion on Palestinian rights” shouldn’t “qualify for them to be exposed” on Canary Mission.

“There’s actually a disjuncture between what [Leven] seems to indicate are the goals he had for that gift and what the organization does,” said Lila Corwin Berman, the author of The American Jewish Philanthropic Complex: The History of a Multibillion Dollar Institution and the Murray Friedman Chair of American Jewish History at Temple University. “I think it points to the fact that there’s a sort of ecosystem of organizations that can act as if they’re quite legitimate and have the imprimatur of being appropriate ways to fight antisemitism, and they can use that posture to raise money.”

Leven said he has now stopped funding Canary Mission. “I have other things I fund that I think are more important,” he said. “Frankly, I didn’t think [the Canary Mission grant] reduced antisemitism to the extent that I would like to see it reduced. So I stopped my funding.”

But even without Leven’s backing, Canary Mission continues to post the names, photos, and social media accounts of Palestinian rights activists opposed to Israel’s human rights abuses. The three known donations to Canary Mission and Megamot Shalom from Leven and the San Francisco and Los Angeles Jewish groups amounted to just 13% of Megamot Shalom’s total donations from 2016–2018. The source of the remaining funding remains hidden.

Abby Seitz is a freelance journalist based in Jerusalem.

Newsletter
Ben & Jerry’s Clashes With Unilever Over BDS
The ice cream maker is suing its parent company for selling off its business interests in Israel to a local company that plans to sell in West Bank settlements.
Alex Kane
Report
What the Fossil Fuel Industry Learned from Anti-BDS Laws
Attacks on Israel’s critics have become the template for efforts to suppress climate activism, gun control advocacy, and other progressive movements.
Alex Kane
Sign up for our email newsletter, featuring exclusive original content