A Jewish death row inmate in Texas confronts the same forces that kill and incarcerate Black and Brown people daily. 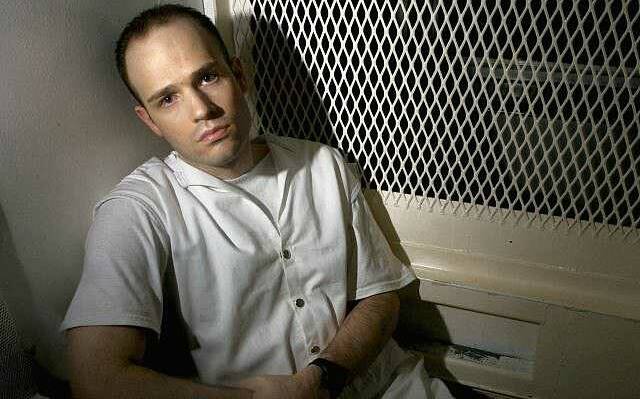 JEWISH INMATE RANDY HALPRIN is facing imminent execution in Texas in a case where he was tried before a white supremacist judge whose antisemitic bias may have impacted his ruling. Judge Vickers Cunningham, who presided over Halprin’s trial, has been accused of making racist and antisemitic remarks about a number of defendants who appeared in his court, including Halprin. The execution is slated for October 10th, the day after Yom Kippur.

Halprin was part of the “Texas 7” prison break in 2000, the largest in the state’s history. He was convicted of felony murder for his involvement in the prison break and a subsequent robbery that resulted in the death of a police officer. Apart from Halprin and one other escapee, who is set to be executed on November 13th, all the inmates involved in the prison break either have been executed or died by suicide before they could be apprehended by law enforcement. Texas law holds all parties involved in a crime responsible for any deaths that occur, even if a defendant wasn’t personally involved in the killing. Halprin maintains that he did not plan or participate in the shooting, which took place after the breakout. “The biggest thing I want is forgiveness from my family, the officer’s family and friends,” he said from death row in 2003.

An amicus brief filed by Jewish members of the Texas Bar accuses Cunningham of referring to Halprin as a “kike” and a “fucking Jew” and of making other antisemitic and racist statements. Cunningham recently lost a local election after it was revealed that he conditioned parts of his children’s inheritance on their marrying straight white Christians of the opposite sex. He has also been accused of calling Halprin’s Latinx co-defendants “wetbacks” and regularly using the word “nigger” to refer to Black defendants.

Halprin’s lawyers believe that Cunningham’s antisemitic bias could have informed jury selection and evidence submission, and may have influenced his decision to refuse the admission of evidence that police considered Halprin the “weakest” member of the escape party. Along with other concerned citizens, they are demanding that the sentence be overruled, and that a new trial take place. These advocates have sent letters of support and have launched a social media campaign to bring attention to the struggle to save Halprin’s life.

Halprin’s case demonstrates that antisemitism is inextricable from the systemic white supremacy that kills and incarcerates mostly Black and Brown people every day in the US criminal justice system. Cunningham’s ideology of white purity is shared by antisemitic killers like Robert Bowers, the shooter who attacked the Tree of Life synagogue in Pittsburgh a year ago this month. Bowers targeted Tree of Life because of the synagogue’s work supporting refugees, which he attributed to a Jewish conspiracy to undermine the white race. Cunningham, who, according to an affidavit written by a lifelong friend, commented that Jews “needed to be shut down because they controlled all the money and all the power,” similarly sees Jews as dangerous interlopers undermining white Christian hegemony. But unlike the Tree of Life shooter, Cunningham is able to kill with the full support of the judicial system.

While many in the US Jewish community have been able to assimilate into whiteness and therefore to enjoy the presumption of innocence under the racist legal system, Jewish prisoners like Halprin are still vulnerable under a system designed to incarcerate and kill using the logic of white Christian supremacy. It is important that Jewish advocates position the struggle to save Halprin’s life within a framework that accounts for the racist systems that are produced and maintained by incarceration. Halprin is currently being discriminated against, and will potentially be put to death, by the same state that not only has the most active execution chamber in the country, but also currently holds 217 death row inmates. Despite African Americans comprising only 12% of the population of Texas, they make up 44% of its death row inmates. Many of Halprin’s experiences—which include an abusive childhood, youth incarceration, and homelessness—are shared by countless other incarcerated, who are  disproportionately Black, Latinx, and/or LGBTQ. Saving Halprin alone is insufficient; the entire system that threatens his life and so many others must be dismantled.

At the same time, Halprin’s Jewish identity and the antisemitic abuse he faces because of it have long-standing precedents in the US criminal justice system. Forty-eight years before Halprin was sentenced to death last month, an estimated 1,300 inmates at New York’s Attica Prison rose up against racist mistreatment and intolerable living conditions. The leadership of the uprising was primarily composed of Black prisoners and activists, such as Cleveland “Jomo” McKinley and Carl Jones-El, but also included Jerry “the Jew” Rosenberg, who several years before the uprising had been on death row himself, before his sentence was commuted to life in prison. He became the first prisoner in New York history to practice law. During the Attica uprising, he provided legal counsel to the leaders of the rebellion. In an interview he detailed the antisemitic abuse that he experienced from the prison guards, who called him slurs similar to those used by Cunningham: for instance, he was told that he should have been murdered during the Holocaust. Rosenberg died behind bars in 2004, after 74 years in prison, the longest of any inmate in New York history.

The story of Jewish resistance to incarceration is a long one, and it can be seen most visibly today in the struggle against ICE detention centers all across the nation. The experience of xenophobic nationalism and state violence in the Holocaust informs Jewish resistance to incarceration, as do the specific history of Jewish prisoners in the US, and the ways that antisemitism has functioned within the prison-industrial complex as an inevitable byproduct of white supremacy. Tradition compels Jews to struggle to save Randy Halprin’s life, and to demand liberation for all incarcerated people.

Newsletter
Shared Grief Is Not Enough
After the Buffalo massacre, Jewish institutions must confront their own complicity with white supremacy.
Rebecca Pierce
Newsletter
The Politics of “Jewface”
Sarah Silverman has come out against the casting of non-Jews in Jewish roles—a stance with a fraught racial history bound up with the legacy of blackface.
Rebecca Pierce
Sign up for our email newsletter, featuring exclusive original content
Short on time?
Sign up for our weekly Monday roundup of everything you missed in Jewish Currents last week.