The Politics of “Jewface”

Sarah Silverman has come out against the casting of non-Jews in Jewish roles—a stance with a fraught racial history bound up with the legacy of blackface. 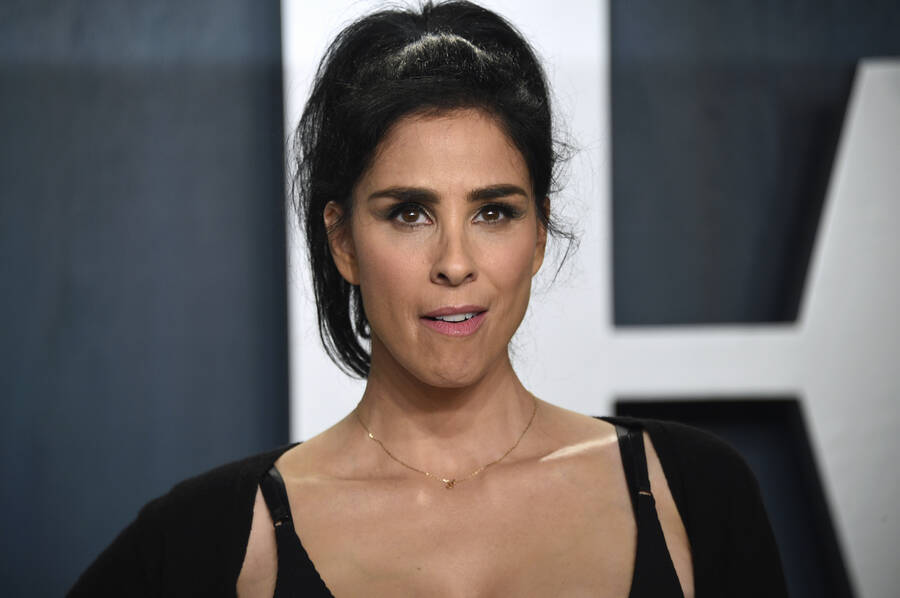 Speaking on a recent episode of her podcast, comedian Sarah Silverman decried the casting of non-Jewish actors to play Jewish characters in TV and movies, warning that the practice can veer into something she termed “Jewface.” The comments immediately drew heat from some listeners due to her use of the controversial term, which references blackface minstrel performance.

Silverman used examples like the announcement of Katherine Hahn’s casting as Joan Rivers in an upcoming Showtime limited series and Rachel Brosnahan’s starring role in The Marvelous Mrs. Maisel to call out Hollywood writers and producers, some of them Jewish, for falling into an old entertainment industry tendency to “write Yiddish, cast British.” According to Silverman, these instances represent a tendency for Jewish otherness and particularity to be subsumed into gentile white America.

With these comments, Silverman jumped into a complex debate over film, comedy, and the politics of identity. What are the responsibilities of the artist when discussing and depicting marginalized communities in their work? How does this change when the artist themself comes from a marginalized community? These questions came to the fore again the next week when Dave Chapelle dropped his latest Netflix special, The Closer, which used jokes about Jews, feminists, and trans people to strike out at critics of his previous work. Both incidents sparked conversations about power and solidarity between marginalized communities, and what we owe each other when we make comedy and visual art.

There is another context for Silverman’s comments as well. In recent years, figures on the Jewish right and center left have often bemoaned what they claim is an unfair gap between the level of outcry over incidents of antisemitism and other forms of injustice. On social media, contentious conversations about Black Lives Matter, the Women’s March, and campus organizing are often broken down into Instagram infographics and Twitter threads telling social movement participants to “include Jews in your social justice.” Such discourse tends to flare up at moments of intensified resistance to anti-Black racism: After last summer’s uprising, for instance, it circulated among Israel supporters reacting against alliances between Black and Palestinian groups. Often their grievances seem to boil down to a feeling of being left out of a socially-conscious cultural moment; as the title of a recent Jewish Chronicle op-ed put it, “Why is fighting Jew-hatred never seen as cool?” This kind of rhetoric skates over uncomfortable barriers to racial solidarity, including the stark differences between anti-Blackness and antisemitism today and historically.

Silverman echoed this discourse on her podcast—which also included a segment calling out members of the Squad for voting against additional Iron Dome funding—when she described the casting of gentile actors in Jewish roles as a prime example of society’s neglect of Jewish-related social justice issues. “Tell me that would fly with any other minority,” Silverman grumbles. Whether intentionally or not, her frustration flattens blackface and “Jewface” into analogous issues of racial injustice, to the detriment of understanding both issues.

Tacit in this flattened racial discourse is the white Ashkenormativity, a tendency that omits anyone who isn’t European from popular notions of who can be Jewish, as the Black Jewish rabbi and writer MaNishtana recently put it. Racism is at the core of the other common use of the term “Jewface,” which has been employed by some on the Jewish far right to deny the Jewish identities of Jewish people of color speaking out on racism in the Jewish community or Palestinian rights. This usage turns an ugly history of minstrelsy on its head to imply that Jews of color, and Black Jews in particular, are performing Jewishness just as offensively as Al Jolson performed Blackness in The Jazz Singer. It expresses an ultimately white supremacist notion of who is Jewish that first flattens US Jewry into Ashkenazic whiteness and then naturalizes that racial categorization by likening it to Blackness or “any other minority.”

Silverman’s recent “Jewface” commentary is tangled up in her own history of blackface performance: After old stills of Silverman in blackface resurfaced recently, the actress lost a Jewish role to a non-Jewish actress who, she said on her podcast, played the part stereotypically. The resurfaced clips came from an episode of Silverman’s late 2000s Comedy Central show The Sarah Silverman Program called “Face Wars,” in which her character is refused entry into a country club, ostensibly for being Jewish, and gets into a debate about whether Jews or Black people suffer more from American prejudice. She opts to find out by donning blackface, while a Black character on the show dresses as an Orthodox Jew. Both characters ultimately concede the other’s argument of who has it worse, with Silverman concluding, “You’re right, it’s so much harder being Black than Jewish. I would kill myself if I was Black.” Though presumably meant as a joke about her character’s ignorance, Silverman’s dialogue in the scene reproduced the historical dynamic of Jewish performers donning blackface, an act that has always served to distance Jews from Blackness, the ultimate position of racial otherness, in order to further a process of integration into whiteness. Now, in her recent remarks, Silverman essentially complains that this process has been too successful, to the point where “Jewface” represents societal neglect for issues of Jewish racial sensitivity. It’s just another instance of superficially invoking Blackness for the purpose of another group’s political expediency, except the dynamic is inverted: Silverman wants to remind people that Jews, too, inhabit a unique social and racial position, one that deserves to spark as much outrage as blackface does.

For Black audiences today, these jokes are a harsh reminder of the fact that we are not in on the joke, but the butt of it. I was a fan of The Sarah Silverman Program when it aired, and appreciated both the filthy stoner comedy and the much-needed break from the male-dominated Comedy Central shows of that period. It was an early influence that I credit in part with helping me find the courage to try out my own voice as a Black Jewish comedy writer. Until recently I’d almost blocked the blackface incident out of my mind entirely, viewing Silverman as someone I once loved but had to keep at a distance for reasons I didn’t want to think too much about. But rewatching clips of “Face Wars” brought back memories of a string of incidents from that period where I was along for the ride until, quite suddenly, I was bucked off of it. Despite the fact that it was considered universally offensive by that point, blackface was surprisingly common in stoner comedies of the 2000s like The Mighty Boosh and The Man Show. It was uncomfortably predictable to discover that the British comedian David Baddiel—whose recent book Jews Don’t Count, which Silverman cited on her podcast, argues that Jews are excluded from progressive movements—donned it, too. Such performances evoke a particular kind of pain similar to what Black queer writer Saeed Jones describes in a recent piece about Dave Chapelle’s anti-trans and more broadly queerphobic comedy: “the only thing more brutal than someone saying hurtful shit is someone saying hurtful shit moments after making you laugh.”

Rather than creating rigid and ultimately unstable delineations among marginalized communities and the performers who portray them, it is important to consider that shared racialization can be the basis of good art that uplifts common experience without resorting to minstrelsy. In what might be understood as a longstanding form of exchange across historically racialized European and Mediterranean communities, Jewish, Italian, Greek, Spanish, and Arab actors have often played each other on stage and screen. Tony Shalhoub’s performance as Abe Weissman in The Marvelous Mrs. Maisel is one of my favorite parts of the show, and while it’s reductive to reduce that role to his identity as a Lebanese Christian, that identity surely adds to the nuance of his performance of a character navigating personal, artistic, and political development in relation to his experience of being othered in America. I’m not sure if Ashkenazi Jewish actor Mandy Patinkin would be cast as Inigo Montoya today, but his role in The Princess Bride deservedly remains beloved and oft-quoted, and for Jewish viewers his identity has only deepened an attachment to the justice-seeking Spaniard.

For me, the most interesting part of Silverman’s argument is when she turns her gaze inward, describing the way that some Jewish writers and producers have created Jewish characters rendered “through crystal blue eyes,” an acknowledgement that our own misrepresentation occurs not only via antisemitism imposed from the outside, but also through an internalized desire to reject our own otherness. By the same token, the question isn’t how or when non-Jews will include Jews in struggles for better political and artistic representation, but how we define our own place in these struggles. And we, in all our external otherness and internal differences, are the only ones who can do that work for us.

Newsletter
Shared Grief Is Not Enough
After the Buffalo massacre, Jewish institutions must confront their own complicity with white supremacy.
Rebecca Pierce
Conversation
White Savior Cinema
A conversation with Palestinian German director Lexi Alexander about Wonder Woman’s promotion of Arab stereotypes, her experiences of racism behind the camera, and the stakes of accurately portraying marginalized communities on screen.
Rebecca Pierce
Sign up for our email newsletter, featuring exclusive original content
Want original reporting and analysis on Israel/Palestine?
Sign up for the Tuesday News Bulletin.