In a letter to the Secretary of State, 15 House Democrats urged the administration to intervene against the expulsion of Palestinians from West Bank villages. 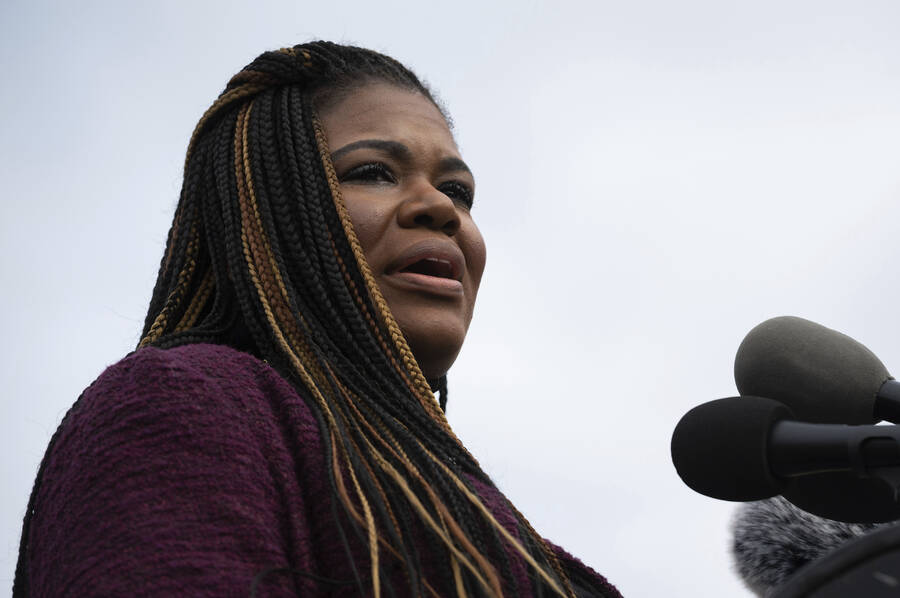 On Tuesday, 15 House Democrats called on Secretary of State Antony Blinken to stop the Israeli government’s expulsion of Palestinians from the villages of Masafer Yatta in the occupied West Bank. In a letter obtained by Jewish Currents, they urged the administration to “immediately send the strongest diplomatic message possible not to expel the indigenous Palestinian residents,” demanding that the State Department “exert all available diplomatic pressure.”

Israel’s destruction of the villages violates international law, the letter said, citing protections against an occupying power forcibly removing an occupied people from their land or transferring its own civilians into occupied territory. “Forced displacement and transfer by Israel of Palestinians in Masafer Yatta would be a grave breach of the Fourth Geneva Convention,” the lawmakers wrote, “and would amount to a war crime.”

The letter—which was initiated by Rep. Cori Bush, a member of the progressive flank of the Democratic Party known as “the Squad”—follows a similar missive to Blinken spearheaded by the liberal Zionist organization J Street, which was signed by 81 members of Congress. That letter asks the Biden administration to “immediately engage with the Israeli government to prevent these evictions and further military training exercises in the area,” and notes that the expulsions are “inconsistent with international humanitarian law . . . and inconsistent with efforts to reach a two-state solution.” Unlike Bush’s letter, it does not mention Israeli war crimes, Palestinian indigeneity, or US laws restricting aid to foreign militaries committing human rights abuses.

The letter by progressive lawmakers represents the latest fissure in the Democratic consensus on Israel. Until recently, the state enjoyed strong support from virtually all members of both parties; Israel receives $3.8 billion a year in US military aid, making it the largest cumulative recipient of such support since 1945. But in the last year alone, Bush and a handful of her progressive colleagues have taken votes or introduced legislation seeking to curtail the funds that contribute to upholding Israel’s occupation of Gaza and the West Bank. In September, Reps. Alexandria Ocasio-Cortez, Rashida Tlaib, and Mark Pocan led congressional efforts to stop US deliveries of Boeing bombs to Israel, and eight progressives—Reps. Tlaib and Bush, as well as Ilhan Omar, Ayanna Pressley, Andre Carson, Marie Newman, Raul Grijalva, and Chuy Garcia—voted against giving Israel an extra $1 billion for its Iron Dome missile system. In February, Rep. Jamaal Bowman opposed legislation endorsing Israel’s “normalization” of diplomatic ties to Arab states. Just last week, Bowman and 11 other members of Congress urged the Biden administration to oppose new Israeli border policies that will severely restrict diaspora Palestinians’ travel to the West Bank.

The letter on Masafer Yatta represents an unusual intervention against Israeli expulsions of Palestinians. In early 2022, when Palestinians in Sheikh Jarrah, in occupied East Jerusalem, were expelled from their homes, most Democrats stayed quiet—including some who had criticized Israel’s violence in May 2021, which was sparked by efforts to displace Palestinians in the same neighborhood. The letter’s signatories include Squad members Ocasio-Cortez, Omar, Pressley, and Tlaib, as well as other regular critics of Israel such as Pocan, Carson, and Reps. Pramila Jayapal and Betty McCollum. “The Biden administration and Congress must hold the apartheid government of Israel accountable for its atrocities against the Palestinian people,” Bush told Jewish Currents in a statement. “We must do all we can to ensure the Palestinian community of Masafer Yatta can stay in their homes and live in safety and freedom.”

In the letter to Blinken, the lawmakers note that the US has tools at hand to stop Israel’s violence against Palestinians. For instance, the Arms Export Control Act, which regulates foreign military assistance and sales, permits US aid to other nations primarily for purposes of “internal security” and “legitimate self-defense.” If US dollars or weapons aided the expulsions, the law may have been violated. The letter also points to the Leahy Law, which prohibits US assistance to foreign military units suspected of committing “gross violations of human rights.” Such legislation, the lawmakers said, enables the administration to force oversight of Israel’s expulsion of Palestinians and restrict it. According to analysts at the Carnegie Endowment for International Peace, “US law is clear: all countries receiving US aid must meet human rights standards, and countries violating these standards are liable to be sanctioned and ineligible for US funding.” Israel is the only recipient of US aid whose uses of those funds are not monitored by the US government. “This opacity makes it nearly impossible for the Departments of State and Defense to properly implement Leahy Law vetting requirements,” the analysts wrote.

Israel is required to spend about three-quarters of its yearly $3.8 billion on US-made weaponry, and its occupation of the West Bank is directly enforced with US-made materiel, like sniper rifles and helicopters. From 2009 to 2018, no fewer than 272 Palestinians were likely killed by Israeli soldiers using US-made weaponry, Jewish Currents’ Alex Kane has reported. Israel similarly enforces its blockade of Gaza using US aid and weaponry, like guided bombs and F-35 combat jets.

“If Israel proceeds with its plans to forcibly displace the indigenous Palestinian residents,” the lawmakers wrote, “the State Department and the US Embassy in Israel should immediately . . . send observers to document the mass transfer, including details of the military units involved in these operations and the use of any US weapons.”

The Bush and J Street letters overlapped in signatories as well as content, though their differences point to a divergence between left-wing and liberal criticism of Israel within the Democratic Party. The signatories of the J Street letter included Sens. Patrick Leahy (author of the Leahy Law), Amy Klobuchar, Raphael Warnock, Elizabeth Warren, and Bernie Sanders. (Sanders did not sign Bush’s more critical letter, though his foreign policy advisor told Jewish Currents last week that the US should use the Leahy Law to stop Israeli violence against Palestinians. Sanders’s office did not respond to Jewish Currents’s press inquiry about the two letters.) Reps. Bowman, Joaquin Castro, Jayapal, Andy Levin, and Katie Porter also signed, among other members of the House. Several lawmakers—Reps. Mark DeSaulnier, Raúl Grijalva, Jayapal, Betty McCollum, Marie Newman, Pocan, Pressley, and Mark Takano—signed both letters.

The State Department did not respond to Jewish Currents’ press inquiry. Its spokesperson, Ned Price, recently addressed Israel’s violence in Masafer Yatta. He said, “It is critical for all sides to refrain from steps that exacerbate tensions.”

The residents of Masafer Yatta have lived under the threat of Israeli expulsion for more than 40 years. In 1980, the Israeli military declared part of the land a “firing zone,” martial parlance for land made the exclusive domain of the military. In 1981, then-agriculture minister Ariel Sharon observed that the tactic would aid Israeli dominance over Palestinians. “We have an interest in expanding and enlarging the shooting zones there, in order to keep these areas, which are so vital, in our hands,” Sharon, later Israel’s prime minister, said. By 1999, the Israeli military had expelled 700 residents of Masafer Yatta. That same year, the expelled Palestinians appealed their displacement, and Israel’s Supreme Court granted the residents relief, stopping the creation of the firing zone until the High Court made a final ruling on the case. After two decades of court hearings, that ruling came in early May of this year. The High Court affirmed the creation of “Firing Zone 918,” granting the state’s argument that the Palestinians of Masafer Yatta did not hold “permanent dwellings” on the land before the firing zone was first declared in 1980.

Over the last three weeks, the Israeli military has demolished 22 Palestinian structures in Masafer Yatta, according to Basil al-Adraa, a Palestinian journalist and activist. Half of them are homes, he told Jewish Currents, and some displaced residents have temporarily moved to nearby caves. “All the residents are afraid of what’s going to happen,” he said. “The Israeli military is demolishing schools, bulldozing roads, preventing peoples’ movement, confiscating their sheep. This is pressuring people to leave before the army physically removes them from their homes.”