A Guide to the Fight Over Iron Dome Funding

We answer readers’ questions about the vote to fund Israel’s anti-missile system that has exposed sharp divisions among Democrats. 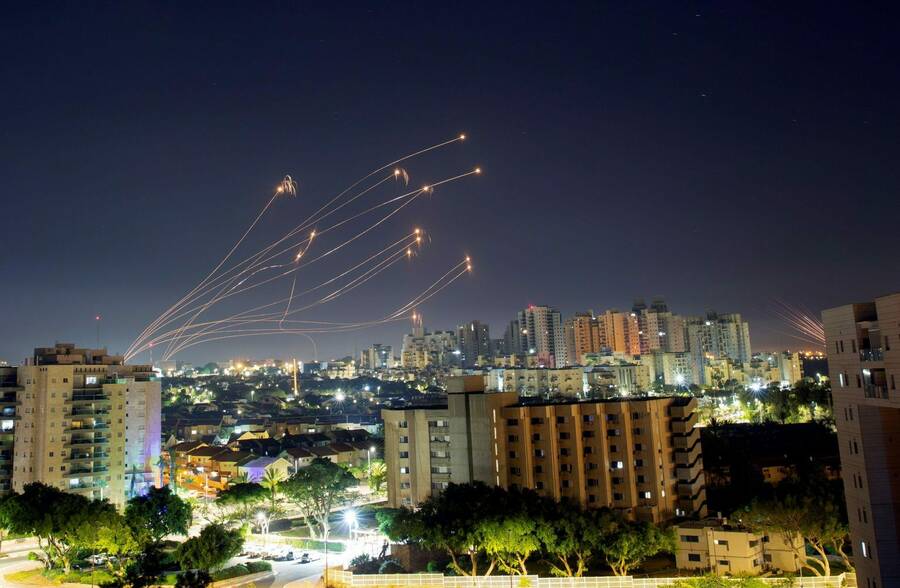 Last week, Congress was consumed by a debate over whether the United States should give Israel an additional $1 billion in military funds to restock the country’s anti-rocket Iron Dome system following the May conflagration in Israel/Palestine. On September 23rd, after the funding request sparked clashes between progressive and establishment Democrats and fueled claims by Republicans that the Democrats had become an anti-Israel party, the House of Representatives voted 420 to 9, with two members voting “present,” to give Israel the additional money. This $1 billion is on top of the $3.8 billion in weapons funding that the US gives Israel annually—a number that includes $500 million every year for the Israeli counter-missile systems David’s Sling and Arrow 3, as well as Iron Dome. Now the funding request will go to the Senate, where it’s expected to pass easily.

The House vote surfaced tensions between Democrats, focused attention on Iron Dome, and raised questions about why the US was gifting Israel another billion dollars in military aid. As we followed these developments, we asked our readers to send us their questions about the vote and its political context. Here are answers to some of those questions.

What is Iron Dome, and why does the US pay for it?

Iron Dome is an anti-rocket system made jointly by the Israeli weapons company Rafael Advanced Defense Systems and the American weapons company Raytheon. First deployed in 2011, Iron Dome uses radar to detect rockets fired by Palestinian groups toward Israel, and then launches its own missiles to blow the incoming rockets out of the sky before they can hit populated areas within Israel. During Israel’s 2012, 2014, and 2021 assaults on Gaza, Iron Dome shielded many Israelis from rocket attacks while Israeli bombs killed people who had no anti-missile system to protect them; the cumulative Palestinian death toll from these assaults surpassed 2,500

Israel paid for the development and construction of Iron Dome, but most of the funding in ensuing years has come from the US, which began financing Iron Dome in 2011, and has since given Israel $1.6 billion to maintain the system. (In 2011, an Israeli official said Israel planned to invest $1 billion in Iron Dome in the years ahead, but it’s unclear how much money Israel has contributed to the system’s upkeep.) American officials say funding Iron Dome is necessary to protect Israel from rocket threats. On the House floor last week, Rep. Rosa DeLauro, a Connecticut Democrat who chairs the House Appropriations Committee, explained her support as fulfilling “our moral imperative to protect the lives of innocent civilians.”

There are two other reasons why the US funds Iron Dome: The money subsidizes Raytheon, a politically powerful American weapons company; it has also allowed Israel to test a system that the US military is interested in using itself, to combat potential threats from cruise missiles and other projectiles. In 2019, the US army bought two Iron Dome batteries (which house the missiles and their launchers). The army conducted its first test of the Iron Dome system in August 2021, but the Pentagon has not yet deployed the system.

Is Iron Dome a defensive technology?

For Israeli citizens, Iron Dome is undoubtedly a defensive technology, which has saved the lives of countless people from rockets fired by Palestinian groups.

But some analysts have complicated this understanding. In a recent piece for the Middle East Institute, scholar Khaled Elgindy asked whether Iron Dome, “when used in the service of maintaining Israel’s occupation or its ongoing blockade of Gaza,” and when it “allow[s] Israeli leaders to indefinitely defer a political settlement,” still qualifies as “defensive.” Iron Dome certainly allows Israel to continue the occupation and blockade, as well as the bombing of Gaza and killing of Palestinian protesters, with very limited consequences. As a result, in any escalations of violence between Israel and Palestinian militant groups, the casualties are inevitably asymmetrical. For instance, in May’s violent escalation, Israeli airstrikes killed 260 Palestinians, while Palestinian rockets killed 12 Israelis.


Why did Israel say it needs $1 billion for Iron Dome now?

During the 11 days of fighting between Israel and Palestinian militant groups in May, Iron Dome fired an estimated 1,500 times to destroy rockets launched by Palestinian groups. Immediately after Israel and Hamas announced a ceasefire, Israeli officials told US Senator Lindsey Graham they would need $1 billion to “replenish” the shield.

But there are unresolved questions about why Israel needs $1 billion, which amounts to about 60% of the total American funding that has already gone to Israel for Iron Dome in the past decade. Each Iron Dome interceptor costs somewhere between $40,000 and $80,000, which would suggest that Israel needs $120 million at most to restock its system, as analyst Yousef Munayyer pointed out in a series of tweets. Munayyer wrote, “Either the Israelis are lying about the efficiency of the Iron Dome”—meaning Israel actually fired a lot more interceptors at rockets than it claims, leading to a less successful interception rate than the reported 90%—or “they are lying about what this is really going to be used for. Either way, US taxpayers are being duped.”

What did Congress do last week on the Iron Dome issue?

After Israel made its funding request, the Biden administration publicly backed its ally. This was no surprise given that, in the wake of Israel’s May assault on Gaza, President Biden said that he had assured then-Prime Minister Benjamin Netanyahu “of my full support to replenish Israel’s Iron Dome system to ensure its defenses and security in the future.” But the request didn’t find its way into a Congressional bill until last week, when House Democratic leadership inserted it into a measure to temporarily fund US government operations.

When the addition became public, a group of progressive lawmakers revolted, objecting that the funding was included at the last minute, with no notice given to the Democratic caucus. In the past, Iron Dome funding has enjoyed broad bipartisan support. But this year, progressives told House leadership they would not vote for the government funding bill, also known as a “continuing resolution,” if it meant voting for the Iron Dome money. Because every Republican planned to vote no on funding the government, House leadership could only afford to lose three votes, and was forced to strip the military aid from the legislation.

The decision to remove the funding gave Republicans an opening to accuse the Democratic Party of betraying Israel. “While Dems capitulate to the antisemitic influence of their radical members, Republicans will always stand with Israel,” House Minority Leader Kevin McCarthy said on Twitter. In response, Democratic Majority Leader Steny Hoyer led an effort to call a standalone vote on the funding. Hoyer’s push put the progressive wing of the party in a vulnerable political position, forcing them to choose between responding to Palestinian rights advocates, who pressed them to vote against the funding, and falling in line with party leadership and most mainstream Jewish groups.

One senior aide to a progressive Democratic legislator, who requested anonymity to protect their job, argued that the Democratic leadership should have foreseen the bill’s potential to “expose divisions in the party and humiliate progressives.” The aide added: “That’s obviously what AIPAC wants, but it’s not what Steny Hoyer should want if he’s a leader in the party.” Another Democratic staffer criticized Hoyer’s push for subjecting the group of progressive Democrats known as “the Squad,” who have been outspoken in their criticism of Israel’s human rights abuses—and who have frequently been targets of racist harassment—to a new round of threats and abuse.

On Thursday, after a heated floor debate, the House voted 420 to 9, with two voting “present,” to approve the legislation.

In recent years, a small group of progressive Democrats have changed the traditional debate over Israel by pushing for US military aid to be “conditioned”—that is, provided on the condition that Israel does not use it to fund the abuse of Palestinian human rights. Democratic leadership has opposed this push and continued to support aid without human rights conditions. Confronted with the question of whether Israel should receive another billion dollars to restock Iron Dome, on top of the $3.8 billion in military funding that the country receives annually, a handful of progressives objected.

The debate on the House floor also revealed a sharp divide between Democratic leadership and the party’s left wing over how to talk about Israel. Rep. Rashida Tlaib, the only Palestinian American member of Congress, said she opposed the Iron Dome funding because she didn’t want to send more money to an “apartheid regime.” That prompted Rep. Ted Deutsch, the Democratic chair of the House Foreign Affairs’ Middle East subcommittee, to say Tlaib was engaging in antisemitism.

Scrutiny from Palestinian rights activists focused in particular on Rep. Alexandria Ocasio-Cortez, who initially voted “no” but switched her vote to “present” at the last minute. (Rep. Hank Johnson also voted present.) In a letter to her constituents, Ocasio-Cortez said she opposed the extra funding for Iron Dome, and criticized the US for giving “unconditional aid to the Israeli government while doing nothing to address or raise the persistent human rights abuses against the Palestinian people.” She also lambasted Democratic leadership for what she called a “reckless decision” to rush a vote that “created a tinderbox of vitriol, disingenuous framing, deeply racist accusations and depictions, and lack of substantive discussion on this matter.” But she did not explain why she switched her vote, nor why she voted “present.”

Though Ocasio-Cortez’s vote received the most attention, in reality, almost every member of the Congressional Progressive Caucus (CPC) voted for the funding. The office of Rep. Mark Pocan, the former co-chair of the CPC, told Jewish Currents that “the Iron Dome is a way to de-escalate the situation and save lives.” Rep. Betty McCollum, one of the most outspoken critics of Israel in Congress, explained she voted for the bill “because it is intended to save lives,” though her statement also raised concern over the fact that “Palestinians have no ‘Iron Dome’ to defend themselves against Israeli human rights abuses.” These answers underscore the perception of Iron Dome as a purely defensive system, and the challenge this poses to Palestinian rights advocates seeking to undermine its support in the US. 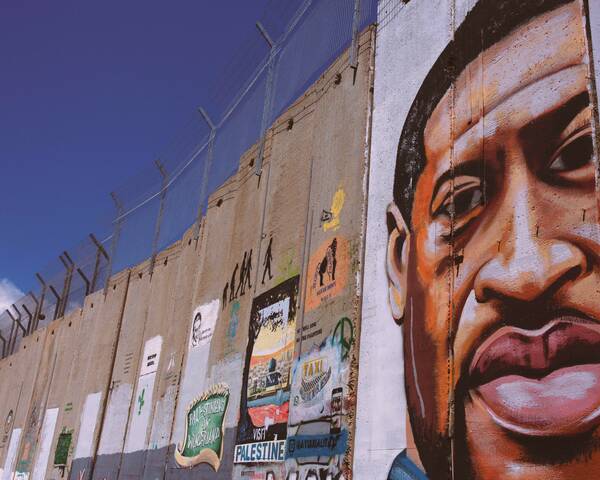 Analysis
Republicans’ Revealing Arguments Against the Islamophobia Envoy
The antisemitism envoy is exactly what congressional Republicans fear the Islamophobia envoy could become: a threat to free speech.
Peter Beinart
Analysis
“Pro-Israel” Pundits Don’t Talk About Israel
Many of the hawkish commentators frequently described as Israel experts show surprisingly little interest in the on-the-ground reality in the state they admire.
Peter Beinart