An exclusive report on a long-shot push—led by Reps. Ocasio-Cortez, Tlaib, and Pocan—to stop the export of US-made weapons. 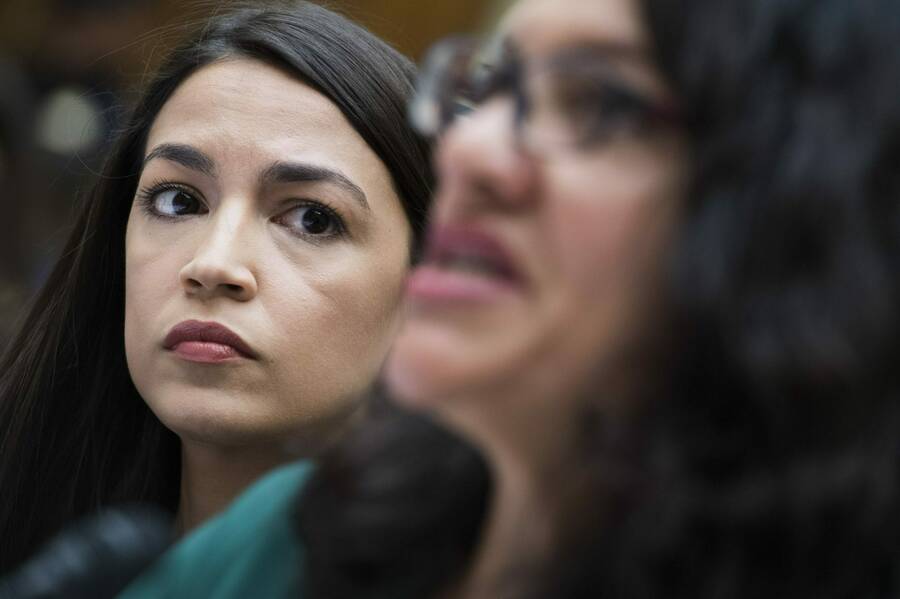 REPRESENTATIVES ALEXANDRIA OCASIO-CORTEZ, RASHIDA TLAIB, AND MARK POCAN are leading a renewed effort to prohibit the delivery of US-made bombs to Israel.

The three progressive legislators submitted an amendment to the annual National Defense Authorization Act (NDAA) that would require the Biden administration to halt the export of Boeing-made Joint Direct Attack Munitions and Small Diameter Bombs to Israel for a year. The bombs were used by the Israeli Air Force to strike targets in Gaza during May’s escalation in violence.

Given the overwhelming support Israel enjoys in Congress, it’s unlikely the amendment, published Tuesday on the House Rules Committee website, will make it into the final draft of the NDAA, which provides funding to the Defense Department. To do so, it would have to survive the House Rules Committee, which determines which amendments can be included as part of the NDAA.

“We don’t expect the amendment to [survive]. We’ve been talking for months about AOC doing this, but it was always going to be a messaging opportunity, to bring attention to this issue,” said one progressive activist familiar with the NDAA who requested anonymity to give a frank assessment of the amendment’s chance of passage. Still, the strategist said the effort was nonetheless “significant” because of “the need to center human rights in US foreign policy, including in the US relationship to Israel.” Rep. Ocasio-Cortez’s office declined to comment for this story.

The amendment is the latest example of how Israel’s assault on Gaza in May opened space among progressives to challenge aspects of the US military aid package to Israel, which typically receives little fanfare

A planned $735-million sale of Boeing-made bombs to Israel was the subject of unprecedented congressional scrutiny in May, during Israel’s deadly bombing campaign targeting the Gaza Strip. Reps. Ocasio-Cortez, Tlaib, and Pocan introduced a resolution to block the export of Boeing’s bombs to Israel. Senator Bernie Sanders also introduced his own version in the Senate. Sanders dropped the effort to force a vote on the bomb sale once it became clear that the State Department had already granted an export license to Boeing for the sale. But members of Congress expressed anger at the time that the State Department granted the export license before giving Congress a chance to weigh in.

Despite the fact that the export license was granted in May, it’s unclear if the bombs have been delivered, as the transfer of bombs to foreign countries can sometimes take months. But even if the export of the $735 million in bombs is already complete, the proposed amendment would block any future such sales for one year.

“Today’s amendment by the three members of Congress is an important fix to ensure that any further transfer of US weapons to Israel will not happen before Congress has a chance to verify that such transfer is compliant with US laws,” said Raed Jarrar, advocacy director for the human rights group Democracy for the Arab World Now. “This amendment tries to pump the brakes on this out of control system of sending weapons to Israel without checks and balances.”