No Time to Waste

The annexation of the West Bank appears imminent. Is the American Jewish peace camp ready to respond? 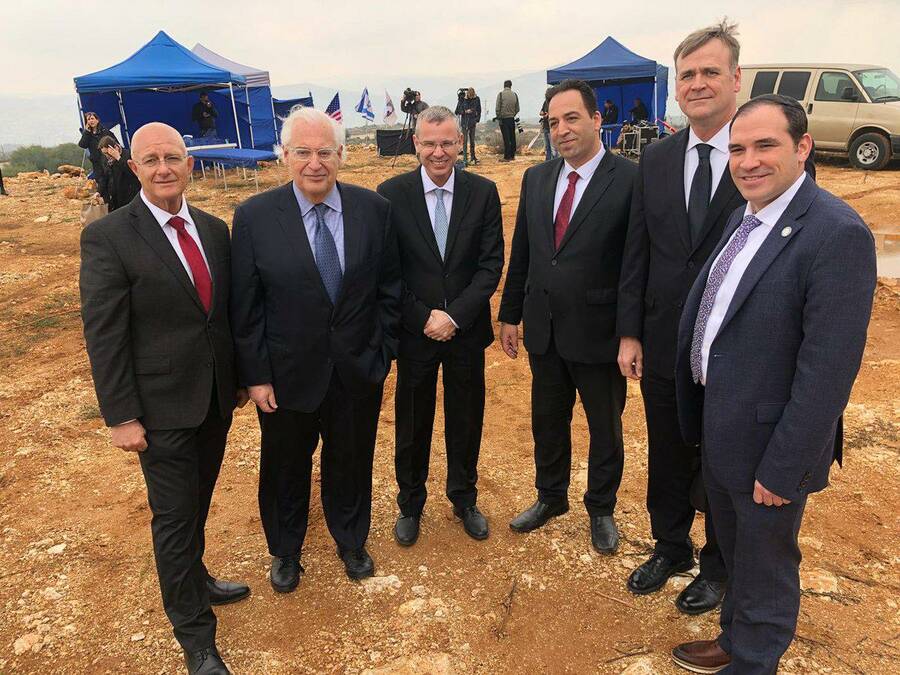 THE ISRAELI GOVERNMENT is preparing to annex large swaths of the occupied West Bank, with the full support of the US government. Although this is less a break with the status quo than its enshrinement, it does constitute a paradigm shift for those who have been fighting for a two-state solution. Liberal Zionist organizations—from J Street to the Israel Policy Forum (IPF) to Americans for Peace Now (APN) to the New Israel Fund (NIF)—have long worked toward realizing the vision of Israel as a democratic state with a Jewish demographic majority and defined borders, separated from the Palestinians in the West Bank and Gaza. Now, faced with the imminent annexation of the West Bank (read: permanent occupation), they are grappling with how to respond.

This is a critical juncture for the American Jewish “peace camp.” There are currently well over half a million settlers in the occupied West Bank and East Jerusalem. As Israel gears up for its third election in the last year, millions of Palestinians directly affected by its outcome do not have the right to vote. The settlement of Ariel, where the joint US–Israel committee held their first meeting to begin mapping areas for annexation, is home to a university that Israel accredited in 2018, putting it under the auspices of Israel’s state education system even though it lies outside its sovereign borders. And on Tuesday, Benjamin Netanyahu announced he was reviving a previously suspended plan to build thousands of housing units in E1, an area that bisects the northern and southern West Bank. The US and Europe have long deemed construction in E1 off limits, as it would make a geographically contiguous Palestinian state an impossibility.

Jewish pro-peace groups based in the US like IPF, APN, and NIF continue to insist, as they have for years, that a negotiated two-state solution is the only viable or desirable final outcome. When Netanyahu signaled that he would move to annex West Bank settlements before the first Israeli election cycle in April 2019, these organizations set annexation as a clear red line, warning that it would mean the end of a two-state solution, the end of a democratic Israel, and the loss of American Jewish support for Israel. Now that line is being crossed. And while some of the organizations say that if Israel proceeds with formal annexation, they will be forced to recalibrate, on the whole, these groups do not appear to have a clear game plan, beyond hoping that impending annexation will wake American Jews up to the reality of what is happening on the ground in Israel/Palestine.

“J Street’s number one priority is to ensure as broad and loud an opposition to annexation from the US Congress, the Democratic candidates for president, and the American Jewish community as possible,” said Dylan Williams, J Street’s senior vice president of government affairs. “There is near universal consensus that much of what the Trump administration has done will need to be reversed by a new administration.” J Street successfully pushed for a House resolution reiterating the need for a two-state solution and condemning Israeli annexation, and over 100 House Democrats signed a letter condemning the “peace plan” that Donald Trump announced last month, yet these steps are symbolic; the effects on the ground have been nonexistent.

IPF, which prides itself as a serious think tank with a behind-the-scenes role in diplomacy, has advocated for a two-state solution to ensure that Israel is “Jewish, democratic, and secure” for nearly 30 years. According to IPF policy director Michael Koplow, the organization is currently focused on “convincing people that the Trump plan is not a genuine two-state vision, but is cover for making the current status quo permanent in a way that will lead to a single state.”

But most American Jews nominally support a two-state solution. The people who need “convincing” are Israelis. Terms like “two-state solution” and “occupation” have all but disappeared from mainstream Israeli discourse. Notably, pro-peace organizations in Israel like the Tami Steinmetz Center for Peace Research at Tel Aviv University, the Council for Peace and Security, and the Commanders for Israel’s Security have faded from the public view. Even Peace Now is far from the robust organization it once was, struggling to remain relevant in an increasingly right-wing country. The most significant left-wing force in Israel today is not the old Labor Zionist parties or the peace camp, but the Arab-led Joint List.

IPF does not appear to have an operational plan for dealing with Israeli intransigence. While it issued a policy paper listing options for how to confront annexation—including conditioning US security assistance, recognizing a Palestinian state along the 1967 borders, and even supporting a binational democratic state—IPF has not endorsed or adopted any of them. Koplow seemed to admit that IPF is not in a strong position to effect change on the ground in Israel/Palestine. “As an American Jewish organization, and as with any organization that is outside of Israel’s political system, our ability to directly combat impending Israeli annexation is structurally limited,” he said.

That will certainly remain the case if groups like IPF refuse to use the tools they do have at their disposal. Even if IPF is unwilling to support pressuring Israel in any way, it could more forcefully challenge establishment Jewish groups in the US, like the Anti-Defamation League and the American Jewish Committee, which have enabled Israel’s settlement enterprise and have demonized those who call for economic and diplomatic pressure on the Israeli government. The across-the-board condemnation by House Democrats of the United Nations database of companies that do business in Israeli settlements (the denouncements used words like “anti-Israel” and “antisemitic”) reflects the American Jewish peace camp’s failure to set the terms of the discourse: the conflation of Israel and the occupied West Bank is a right-wing talking point that even most Democrats are unwilling to reject.

Jill Jacobs, executive director of T’ruah: The Rabbinic Call for Human Rights, an organization that mobilizes rabbis and cantors on human rights issues in the US and in Israel/Palestine, said annexation “will be a real wake-up call for the Jewish community in the US.” Jacobs said one of the biggest challenges is that American Jewish donors send millions of dollars in tax-deductible donations to far-right settler groups in Israel, while center and center-left money goes to more “apolitical” causes, like Israeli museums and universities. T’ruah’s gambit is that the more this message is heard from pulpits across the country, the more donor patterns will shift. “Part of my hope is that American Jews realize that just as the right wing puts their money where their values are, those of us who care about human rights need to put our money where our values are,” Jacobs said.

J Street’s Williams explained that if Israel does move ahead with formal annexation, there will be a significant change in its work, from a more diplomatic path to “focusing on the steps the US should take to demonstrate its opposition to annexation.” Williams said these could include restrictions on US aid and US recognition of the state of Palestine as a statement of such opposition. Yet considering that Israel has acted for so long with impunity—and for the last three years under Trump, with emphatic US support—there is no convincing reason why they should not have already employed some of these gestures.

Elisheva Goldberg, media director for the NIF (and a Jewish Currents contributing writer) said formal annexation of the West Bank would mean that “Israel is no longer formally a democracy, and that will inevitably change our work.” The NIF is debating the potential implications of this prospect at its annual board meeting in Israel this month, Goldberg added. It may eventually shift priorities as a result, as it did several years ago in response to a spate of anti-democratic legislation and attacks on civil society groups by the Netanyahu government. Asked whether NIF would consider any kind of boycott in response to formal annexation, Goldberg said there is no such plan or interest but noted, “NIF has never opposed boycotts of settlements or products, and we have been very vocal on the right to free speech and that anti-BDS laws are unconstitutional.”

Americans for Peace Now, the sister organization of Israel’s Peace Now movement, was established before the peace process began and has been instrumental and consistent in opposing the settlement enterprise. “Combatting Israeli West Bank settlement activity and annexation is what we do,” said Ori Nir, APN’s spokesman. APN is the only group to have come out explicitly in support of a boycott of settlement products in 2011. Still, at a time when the US government is working to codify any attempt to exert pressure on Israel as antisemitism, APN has been largely absent from the public debate. It has recently published fact sheets on annexation and has circulated a petition telling Jared Kushner to “keep his peace plan to himself” (the petition has 3,000 signatures). But aside from these efforts, APN has not meaningfully challenged the establishment common sense: Nir even publicly agreed with the argument that it was a mistake for Sanders to skip the AIPAC conference—even as the lobby has normalized the very policies that APN has worked for decades to oppose.

The American Jewish peace camp must rethink its strategy if it wants to remain relevant. At home, much better funded right-wing and Jewish establishment groups are working in lockstep with the Trump administration and the Israeli government to foreclose the possibility of a two-state solution once and for all, while the majority of American Jews remain disconnected from the political realities on the ground. In Israel/Palestine, both Netanyahu and his main political rival, retired general Benny Gantz, have pledged to implement Trump’s plan and annex Israeli settlements in the West Bank as well as the Jordan Valley. But this has not—or at least has not yet—catalyzed parallel changes on the part of groups committed to ending the occupation and bringing about a two-state solution. None appear ready to call for conditioning US military assistance to Israel, let alone for boycotts, divestment, or any other forms of political and economic pressure on Israel to relinquish control of the occupied Palestinian territories. One thing is clear: if there was ever a time for bold action, it’s now.

Report
Vaccination Under Occupation
Israel has a legal responsibility to ensure that Palestinians in the occupied West Bank and Gaza are vaccinated. The question is one of execution on the ground.
Mairav Zonszein
Report
Will Biden Undo Trump’s Disastrous Legacy on Israel/Palestine?
The new president-elect has the authority to do so. It’s unclear whether he’ll use it.
Mairav Zonszein
Sign up for our email newsletter, featuring exclusive original content
Want original reporting and analysis on Israel/Palestine?
Sign up for the Tuesday News Bulletin.