The controversial law is intended to protect a Jewish demographic majority. 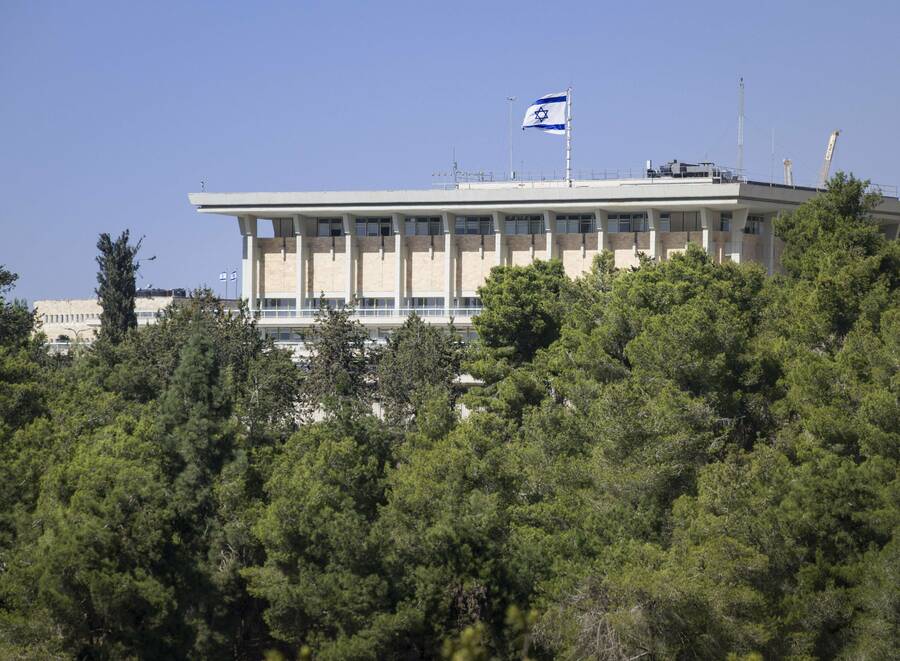 ON FRIDAY, Israel’s Knesset approved a law reauthorizing a ban on giving Palestinian spouses of Israeli citizens permanent residency status. Passed with 45 Knesset members in favor and 15 opposed, the Citizenship and Entry Into Israel law impacts thousands of families, though the exact number is unclear. It bars Palestinians living in the West Bank or Gaza who are married to Israeli citizens from gaining the legal benefits foreign spouses typically receive in liberal democracies. (The law also applies to citizens of so-called “enemy states”—Lebanon, Iran, Iraq, and Syria—but in practice it mostly impacts Palestinians from the West Bank or Gaza.)

Such spouses, even if they get permission to live in Israel, cannot open a bank account and are unemployable if bosses don’t want to run the risk of hiring someone who may leave after one year. They also cannot get an Israeli ID, forcing them to carry Palestinian IDs, which can raise the suspicion of Israeli police officers. Most Palestinians in this situation have to renew temporary permits every year by proving that their relationship is real and that their life is centered in Israel. But those temporary permits are not available to men under 35 or women under 25. Spouses without permission to temporarily reside in Israel with their partners must live in the shadows, fearing deportation, or else resign themselves to separation from their family. Foreign, non-Palestinian partners marrying Israeli Jews do not face the same restrictions.

Before the law was passed in 2003, an estimated 130,000 Palestinians were given Israeli citizenship or residency through family unification. The measure, reauthorized every year since its original passage (save for last year) is perhaps the most controversial legislation ever passed by the Knesset. It was recently cited by both Human Rights Watch and Amnesty International as evidence for Israel’s guilt of the crime of apartheid. Adalah - The Legal Center for Arab Minority Rights in Israel, called it “one of the most racist and discriminatory laws in the world,” as “no other state bans its citizens from exercising their basic right to family life, based solely on their national or ethnic identity.”

“This is one of the clearest laws that enshrines the racial segregation between Israelis and Palestinians,” said Adi Mansour, an attorney for Adalah. “We’re talking about a law that basically tells Palestinians, ‘You are not equal.’ It tells them, ‘You cannot gain citizenship. You don’t have the privilege that we grant Jews coming from abroad.’”

But in Israel, there is widespread support for the law across much of the political spectrum. The right-wing parties pushed for it, but so did Foreign Minister Yair Lapid, the head of the centrist party Yesh Atid. Rather than go on the record regarding the law, Labor Party members didn’t show up to vote last week. The only parties that did oppose it were the left-wing Meretz and the parties dominated by Palestinian citizens of Israel: Balad, Hadash, United Arab List, and Ta’al.

The law is popular because “it plays into two narratives which are very dominant in the Israeli political system,” said Yuval Sheny, a senior fellow at the Israel Democracy Institute and a member of the Hebrew University of Jerusalem’s Faculty of Law. “One is a security narrative” with the notion that “people originating from the West Bank and Gaza have allegiance to the Palestinian cause and are more amenable to supporting violent action.” (Among Palestinians in Israel due to family unification, about 48 were involved in militant activities between 2001 and 2021, according to the Shin Bet, Israel’s internal security agency.)

The other narrative, said Sheny, is the imperative of protecting a Jewish majority. “There’s a significant constituency” in Israel that sees family unification as “exercising a slow ‘right of return’ into Israel,” as Interior Minister Ayelet Shaked said last month.

Fear that failure to renew the law would imperil Israel’s Jewish demographic majority was openly voiced in the run-up to last week’s vote. “We shouldn’t hide the essence of the Citizenship Law,” Lapid said last July. “It’s one of the tools aimed at ensuring a Jewish majority in the State of Israel.” Lapid made those remarks the day before the Knesset failed to reauthorize the law for the first year since it was originally passed in 2003. Two members of Ra’am, an Arab party that is part of the governing coalition, abstained on the Knesset vote, while a member of Yamina, the right-wing party headed by Prime Minister Naftali Bennett, voted against the law, along with the Likud Party. The right-wingers did so not out of any real opposition to the law—they are in fact its most ardent supporters—but in an attempt to embarrass and destabilize Bennett’s coalition, which includes both left- and right-wing parties.

But not much changed after the law’s expiration. Shaked, the interior minister, directed her ministry to continue as if the law was still in place, which in practice means denying most applications for permanent status. Then, last week, the law passed again, with some minor revisions—for instance, that women who don’t have residency status and are victims of domestic violence can apply to a “humanitarian committee” for permanent status. Another change makes the purpose of the law more explicit, saying that it is meant to help protect Israel’s “Jewish and democratic” status.

The reference to demographics rankles Palestinians and Israeli leftists, and will be key to future legal arguments over the law. On Sunday, Adalah brought a suit against the law to Israel’s Supreme Court, arguing that it is discriminatory and should be struck down. But the chances of the court striking it down are slim. On two occasions—in 2006 and 2012—the Supreme Court upheld the law, agreeing with the state’s argument that the law is necessary for security reasons. As one judge said in the 2012 case, “human rights shouldn’t be a recipe for national suicide.”

“The situation in the Supreme Court is bad,” said Mansour, the Adalah attorney. “We’re talking about a court that has taken a right turn. Some of them are settlers in the West Bank.” Now it’s those judges, who benefit from Israel’s system of Jewish privilege, who will decide the fate of thousands of Palestinian families.