The president of the Ben & Jerry’s Foundation speaks about the impact of visits to the occupied territories. 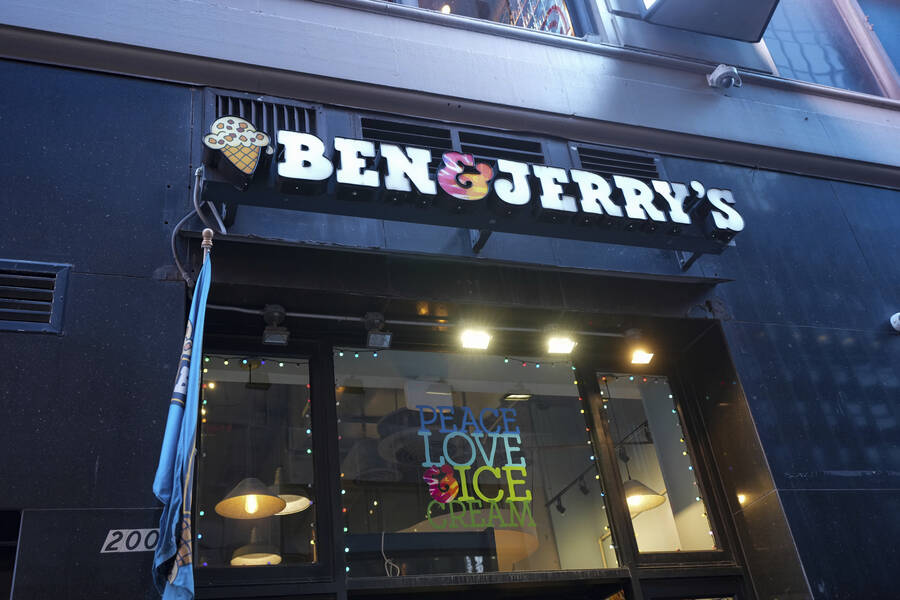 About four decades ago, Ben & Jerry’s board member Jeff Furman, who helped draft the initial business plan for the ice cream company, assisted in expanding operations into Israel. But in 2012, Furman went on his first trip to occupied Palestine, which opened his eyes to Israel’s human rights abuses. In subsequent years, Furman brought Ben & Jerry’s employees and board members to the region to educate them on the human rights situation in Israel/Palestine. Last year, the company decided to end its agreement with its Israeli licensee in order to halt the sales of its ice cream to Israeli settlements in the occupied West Bank. “We’re a values-led company with a long history of advocating for human rights, and economic and social justice,” the company said in an FAQ explaining its boycott of Israeli settlements. “We believe it is inconsistent with our values for our product to be present within an internationally recognised illegal occupation.”

In March, Avi Zinger—the businessman who holds the license to sell Ben & Jerry’s in Israel—sued Unilever, the ice cream maker’s parent company, alleging that Ben & Jerry’s unlawfully violated its licensing agreement with him. As the lawsuit progressed, pressure mounted on Unilever to reverse its subsidiary’s decision. Seven states have since disinvested millions of dollars from Unilever, thanks to laws preventing state funds from going to entities that participate in boycotts of Israel.

As part of an agreement with Zinger to end the lawsuit, in June Unilever attempted to override the boycott by selling off Ben & Jerry’s business interests in Israel to Zinger, who can now sell the company’s ice cream in West Bank settlements. (Under the agreement, the company name will only be used in Hebrew and Arabic.) But in July, Ben & Jerry’s struck back, filing its own lawsuit against Unilever, accusing its owner of violating its 2000 acquisition agreement giving the company autonomy on matters relating to its social mission. Unilever argues that it has the right to sell to Zinger because it retained “primary responsibility for financial and operational decisions,” but Ben & Jerry’s argues that the sale of ice cream to settlements built on Palestinian land harms its brand’s integrity. The two sides are currently in talks to resolve the dispute outside the courtroom, though the lawsuit has not been withdrawn.

I spoke with Furman, who remained on the board until 2018 and is now the president of the Ben & Jerry’s Foundation, to learn more about how the ice cream company got embroiled in a fierce dispute over Israel/Palestine, and his personal involvement in raising board awareness about Israel’s abuse of Palestinian human rights.

Alex Kane: What has your involvement been in Ben & Jerry’s dealings in Israel/Palestine?

Jeff Furman: I was involved in negotiations about bringing Ben & Jerry’s to Israel. Avi Zinger came to Ithaca, New York, to meet with me in the 1980s. We negotiated an agreement, which gave him certain licensing rights to make and sell Ben & Jerry’s in Israel.

AK: Was there any conversation with Zinger about the ice cream being sold in West Bank settlements?

AK: Technically, Israel has never declared its borders, though there’s an armistice line known as the Green Line that delineates Israel from the territories it occupies. At the same time, Israeli civilians living in the West Bank are subject to Israeli law the same way Israelis living in Tel Aviv are. So saying you’re only selling “in Israel” is somewhat ambiguous.

AK: How did you learn more about the human rights abuses Israel perpetrates against Palestinians?

JF: In 2012 I was invited to go on a trip to Israel/Palestine done by the Dorothy Cotton Institute, where I sit on the advisory board. Dorothy Cotton was a civil rights activist who worked directly with Dr. Martin Luther King, and the group on the trip was essentially half African Americans and half Jewish people, including two rabbis. Dr. Vincent Harding, who wrote King’s anti-war speech “Beyond Vietnam,” was there.

I learned a lot—and not the kind of learning you get out of a book. We stayed in Palestinian homes. We visited a settlement. I learned about the apartheid conditions. People were showing me how Israel was taking over more land, and how similar it was to the US taking land from Indigenous folks. But it was beautiful to watch and feel the immediate, warm connection between the African Americans and the Palestinians.

AK: Did you bring what you learned to Ben & Jerry’s, given that their licensee was selling ice cream in the settlements?

JF: At the time, activists with Vermonters for Justice in Palestine were protesting Ben & Jerry’s, and getting frustrated that nobody was getting back to them. I decided I wanted to meet with them, and I raised the issue in conversations with the board.

The way to really learn is to visit, so around 2014 I began to organize a trip to Israel/Palestine for Ben & Jerry’s board members and management, including the CEO, even though I was told Unilever had said their employees couldn’t go to Palestine. Unilever said it was worried for their employees’ safety, so if they wanted to go, they had to go in armored cars. So they didn’t go to the West Bank, though we did get them to stay in East Jerusalem.

We met with Omar Barghouti, the co-founder of the BDS [Boycott, Divestment, and Sanctions] movement, and we also met with Israeli government officials, because we wanted to hear the whole story. Another board member, Anuradha Mittal, and I did go to the West Bank on this trip.

AK: What happened after you came home from the West Bank?

JF: I continued to be in contact with Vermonters for Justice in Palestine. There wasn’t agreement on the board on what to do. Anuradha and I went on another trip. We went to Hebron, and we went to Jenin [two major Palestinian cities in the West Bank]. When we came back, we lobbied for using the profits from the licensing agreement to help Palestinians. The agreement called for Zinger to pay an annual license fee to Ben & Jerry’s based on sales. After those first two trips, Ben & Jerry’s decided that 100% of the license fee would be used to support various organizations in Palestine, mostly nonprofits working in agriculture, economic development, health, and food security. Essentially, this was an agreement from Ben & Jerry’s not to profit from this license. We also got a commitment that the company would source products from Jenin.

AK: What made the Ben & Jerry’s board decide not to allow their ice cream to be sold in settlements?

JF: That’s a question for them. But as the licensing agreement was coming up for renewal, pressure on the company had begun to increase. People have more of a social justice perspective around what’s happening in Palestine.

AK: Do you think Unilever selling Ben & Jerry’s in Israel to Zinger is in keeping with the agreement signed in 2000 between Ben & Jerry’s and Unilever?

JF: Lawyers will do whatever they do. But the name is very important to brand identity. Giving someone the right to use a brand name, and saying it’s not the same because it’s in a different language—that argument is beyond my comprehension. It seems to me that the board has the right to the name since it’s part of the brand, and the essential integrity of the brand is the board’s responsibility.

Ben & Jerry’s was built on a willingness to stand up for its values. It’s a crucial part of its DNA. Decisions come from the heart, not from the bottom line. If Unilever can sell the name, but the board is responsible for brand integrity—which includes the social mission and the product quality—then the agreement gets weaker and weaker, and it can’t function. Unilever is saying, “If we call it a commercial transaction, and we get some money for it, then it has nothing to do with how the company is perceived.” That’s a ridiculous argument.

Newsletter
Israel’s Gaza Offensive: An Explainer
A closer look at an operation that killed dozens of Palestinians.
Alex Kane and Mari Cohen
Newsletter
Not Quite a Green New Deal
The Inflation Reduction Act is only a fraction of what climate activists demanded—but it’s a start.
David Klion

Newsletter
Israel’s Gaza Offensive: An Explainer
A closer look at an operation that killed dozens of Palestinians.
Alex Kane and Mari Cohen
Newsletter
Republicans Are Helping New York Democrats Target the Left’s Israel Criticism
The New York Solidarity Network is the latest example of a national trend: members of both parties joining together to squash progressive scrutiny of Israel.
Alex Kane
Sign up for our email newsletter, featuring exclusive original content
Subscribe