The Hidden Joys of Soviet Jews 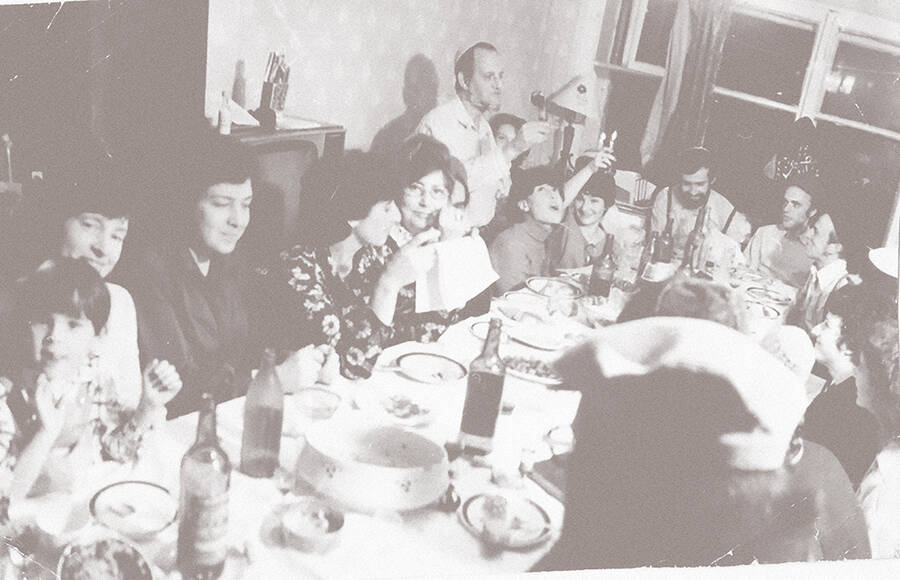 Remember and Save Association

In 1981, a young Jewish man from Leningrad, whom I will call Yona[1], applied for permission to leave the Soviet Union for Israel, but his request was denied. Out of a desire to connect more deeply to Judaism, he started learning the Jewish sacred texts and then teaching them at private apartments to a group of excited young people. The enigmatic curves of Hebrew letters, reading right to left, and the mind-blowing logics of rabbinic analysis were different from anything his students, members of the professional intelligentsia, had seen or heard in the secularized Soviet world. And yet it supposedly belonged to them by the fact of Jewish birth: It was completely foreign, but innately theirs. The energy of the classes was thrilling. Yona’s students held their breath when he spoke. Girls had a crush on him. The experience of collective Jewish life in Leningrad came to feel so meaningful to him that in 1987, when he was at last given permission to emigrate, Yona felt conflicted about whether he should go.

Yona ultimately arrived in Israel and embarked on a course of religious scholarship. He had studied the sacred texts quite seriously and had the knowledge and social connections to land a job in an Israeli yeshiva. But, he said in an interview, “I tried sitting in this and that yeshiva” and “realized that I could lose myself here, this was not life.” His fellow students were preoccupied with trivial matters: “What costs what, how much he paid here, how much he paid there; [they were] complete materialists in a bad sense.” He quit the yeshiva. Shortly thereafter, he removed his kippah.

Yona was one of nearly 90 interviewees I spoke with in the course of writing an ethnography of the Jewish movement in the USSR—a research process that yielded a range of new insights about a story I thought I knew. A standard Western liberal account of the Soviet Jewish experience has asserted its validity, in part, on emigrants’ own stories, many of which were initially collected by Israeli and American Jewish organizations with a vested interest in simplistic victim narratives (in the American case, these interviews also helped would-be émigrés secure refugee status). This narrative portrayed Jews in the late Soviet period, and Soviet citizens in general, as suffering under the tyrannical rule of the state, and depicted emigration—most often to Israel or the United States—as a journey from bondage to freedom often analogized to the biblical exodus from Egypt. But many emigrants’ stories do not fit this mold, and those that do not have been stricken from the record. For Yona, this happened quite literally. A group of former refuseniks invited him to talk at one of their regular meetings about his experience of being a Jew in and out of the Soviet Union. He accepted the invitation and told his story. “They never invited me again,” he said.

In the course of my research, I discovered the extent to which Soviet Jewish emigrants depart from the standard “exodus” narrative of their experience when they are given the space.

In the course of my research, I discovered the extent to which Soviet Jewish emigrants depart from the standard “exodus” narrative of their experience when they are given the space. I also found patterns that emerged in this narrative’s place. Like Yona, many of the people I talked to recounted transformative experiences of Jewish education, ritual, and community: seminars on the Hebrew language and sacred texts, lectures in Jewish history and ethnography, the production of samizdat (unofficial magazines not censored by the state), and the celebration of Shabbat and Jewish holidays. These invigorating experiences took place within the borders of the Soviet Union rather than beyond them, a narrative at odds with a vision of the Soviet system uniformly hostile to Jewish expression. Arguably, in fact, such experiences were part and parcel of the Soviet system itself, thanks to a number of ideological, economic, and cultural realities of state socialism. The Jewish activity that developed in the big Soviet cities in the 1970s and ’80s drew on the basic Soviet values of erudition and education that were supported by state provision for basic needs. It was not abnormal in the USSR for some members of the intelligentsia to take decently paid, low-qualification jobs to free up time to pursue intellectual passions, for instance, and for some, this created even more space for Jewish study and the development of varied expressions of Jewish identity.

Boris, a Soviet émigré who now lives in Israel, was transformed by his experience studying Judaism in Soviet Moscow. In the early 1980s, Boris was a chemist and doctoral student who worked at a respected Soviet research institution. In 1985 he began learning Hebrew, just as he learned other languages every now and then (as a Soviet intellectual, he was expected to be “cultured”). Soon, however, he delved into Jewish sacred texts. Increasingly observant, submerged in his studies, Boris lost all interest in his job as a chemist. He worked minimally in order to continue receiving a salary as long as possible, then quit his job to study Hebrew all day long. Finally, in the early 1990s, he moved to Israel and became a professor of linguistics at an Israeli university.

Looking back today at his contrasting experiences in the USSR and Israel, Boris concluded that in many ways, the “Western world” was “more unfree.” Because basic needs were provided for in the Soviet Union—people could afford housing and had stable work—it was possible to more deeply explore one’s interests, including religious ones practiced in private gatherings. “Let’s say I decide to practice Judaism, Buddhism, cat breeding, doesn’t matter. I can do it as much as I want, nobody will fire me,” Boris said. “Meaning you are free.” Nevertheless, he characterizes this conclusion as “funny,” an expression of attachment to the notion that nothing in the Soviet Union could possibly be freer than in the West.

Looking back at his contrasting experiences in the USSR and Israel, Boris concluded that in many ways, the “Western world” was “more unfree.” Because basic needs were provided for in the Soviet Union, it was possible to more deeply explore one’s interests. 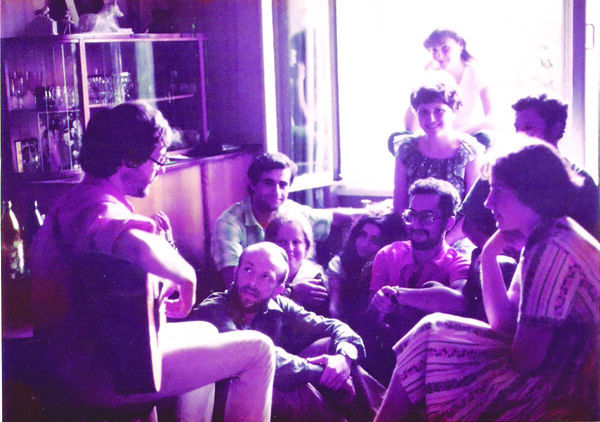 Remember and Save Association 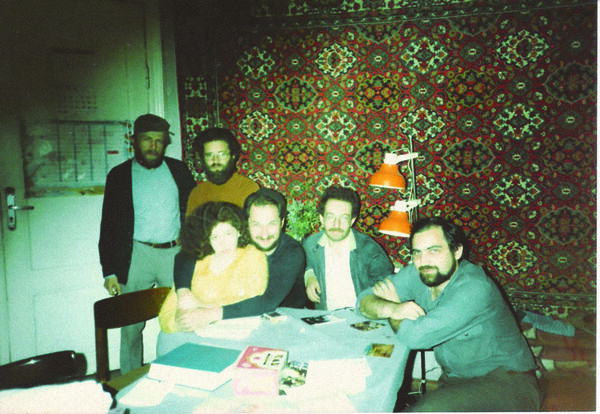 Donna Wosk/Remember and Save Association

In the course of conducting my own research, I noticed that my interviewees’ personal narratives changed depending on the formulation of my questions. When I asked my informants direct questions about freedom and antisemitism, they responded by reproducing escape narratives. By contrast, asking more open-ended questions (“And what came next?”) invited rich reflections on the pleasures of being a part of the urban Jewish intelligentsia in the USSR. Discussing their experiences of Jewish practices in the late Soviet period, many of my informants characterize the exhilaration of these experiences as akin to falling in love, having sex, or taking drugs. One interviewee, Yosef, remembered being infatuated with the collective reading of Jewish texts in the way one is infatuated with a girl, the feeling when nothing apart from the object of desire matters: “I remember approaching my home . . . and the old ladies on the bench . . . are whispering something to each other and look at me in a judgmental way. And I just don’t care!” Arye[2], who in 1981 discovered books in Hebrew at the Library of International Literature in Moscow, recalled, “I spent all of my free time in the Inostranka, trying to learn Hebrew . . . I was in some trance from Hebrew! I was just high from Hebrew!” He later moved to Israel, but found modern Hasidut dull by comparison. “Some people have sex and some people research it,” he said. “In Judaism [now] there is no sex.” (Some émigré women I interviewed had similarly important experiences of Jewish study and community building, but were less likely than my male subjects to describe their experiences in this kind of romantic language.)

This is not to say that the popular narrative, in which religious and national activism was a target of attack by the Soviet authorities, is entirely false. Rather, it is to reinforce the fact that people’s stories are never straightforward; they contain complicated or even contradictory thoughts. In the same interview where Boris explored how economically supported he felt while studying the sacred texts in the USSR, he also insisted on his hatred for the country. He characterized the freedom it afforded people to follow their passions as “the freedom of a slave.” In the same interview in which Yona reflected bitterly on the profane and political character of Judaism in Israel, he characterized the Zionist project as the best Jewish undertaking of the last 2,000 years. But when we hear only the parts of narratives that confirm the dominant discourse and not the parts that contradict it, we end up with a distorted version of the historical record that reinforces the ideological status quo.

It is not easy to step aside from ready-made questions that produce forgone conclusions about the texture of life on both sides of the Iron Curtain. Yet it is possible. After all, Yona and others tell their own story differently, and they have the right to be heard.

Names and unimportant details have been changed throughout for the sake of confidentiality.

The interview with Arye was taken by Alexander Lvov, my MA dissertation advisor at the European University at St. Petersburg. 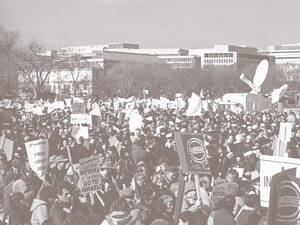 History
Introduction: The Soviet Jewry Movement, Revisited
At its root, the struggle over the fate of Soviet Jews was a struggle over where in the world Jews belonged.
Tova Benjamin 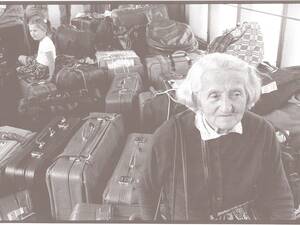 History
The Ambivalent Émigrés
Antisemitism was a fact of life for Soviet Jews, but it did not top their list of reasons to leave.
Anna Shternshis 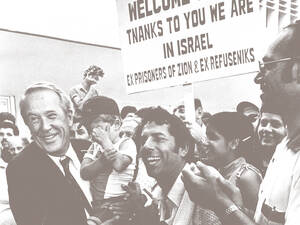 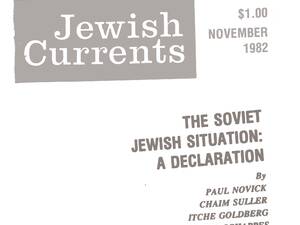 History
How Jewish Currents Covered the Soviet Jewry Movement
Even once the magazine accepted the evidence of Soviet antisemitism, it continued to distrust the politics of the mainstream campaign.
Lawrence Bush 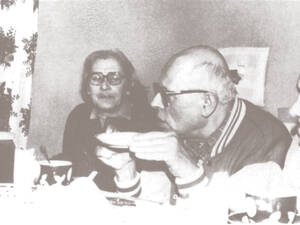 History
The Other Soviet Jewish Dissidents
A circle of activists known as pravozashchitniki, who advanced a universalist argument for Soviet human rights, have been largely erased from Jewish communal memory.
Emily Tamkin 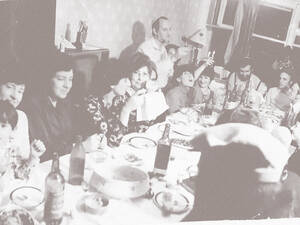 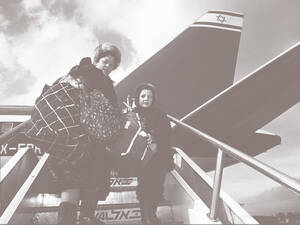 History
The Best Place in the World for Soviet Jews
The Soviet Jewry Movement exposed a rift between Israel and the US that persists to this day.
Jonathan Dekel-Chen

Olesya Shayduk-Immerman is a lecturer at the Program in Writing and Rhetoric at Stanford University. She has a PhD in anthropology from UC Berkeley and wrote a dissertation titled ​“Feeling Alive: Unofficial Jewish Practices in the USSR in the 1970s and 1980s.”

History
The Best Place in the World for Soviet Jews
The Soviet Jewry Movement exposed a rift between Israel and the US that persists to this day.
Jonathan Dekel-Chen
History
How Jewish Currents Covered the Soviet Jewry Movement
Even once the magazine accepted the evidence of Soviet antisemitism, it continued to distrust the politics of the mainstream campaign.
Lawrence Bush