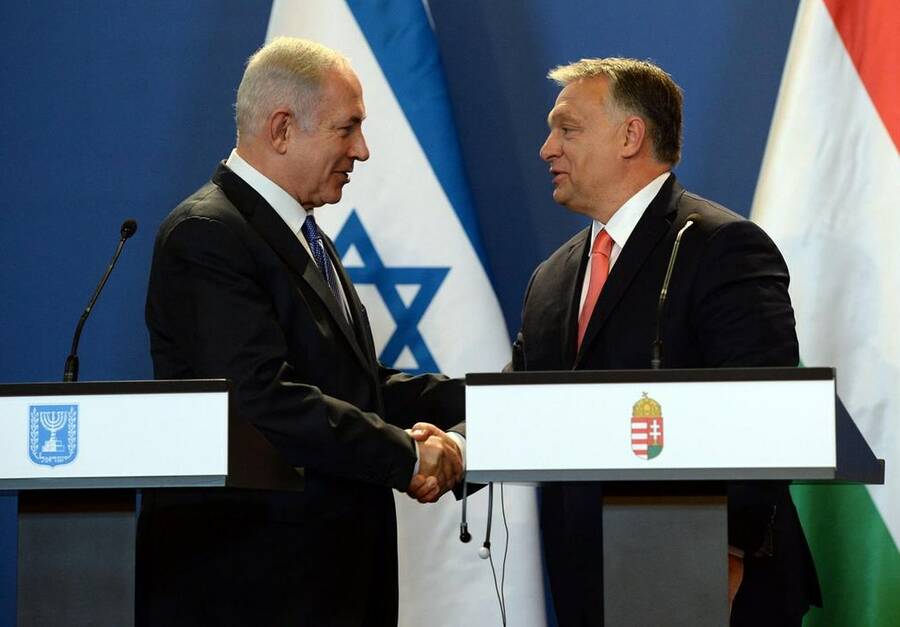 IN THE EARLY HOURS of Thursday morning, the Israeli Knesset passed a sweeping law reserving the right to self-determination exclusively for the Jews. The “nation-state” bill, as it has become known, was passed by a relatively slim margin (62-55) for a legislative body dominated by the right wing. Bibi Netanyahu, who championed the measure from its early stages, spoke shortly after the vote: “This is our country, the Jewish state. In recent years there have been those who have tried to undermine that and question the principles of our existence. Today we made it into law: This is the country, the language, the anthem and flag.”

Netanyahu was not speaking in metaphor. The legislation quite literally enshrines Israel as the nation-state of only the Jews, Hebrew as its only official language, Hatikva as its only national anthem, and the Star of David flag and menorah as its national symbols. In downgrading the status of Arabic and affirming Jewish heritage as Israel’s civil religion, the Israeli government is taking legal steps to ensure that Jewish supremacy will endure as the law of the land.

For a country whose population is more than a fifth Arab (not including the 4.4 million Palestinians in Gaza and the West Bank who live under Israeli blockade and occupation), the nation-state bill is a remarkable step toward codifying and entrenching systematic discrimination against Arabs in Israeli society and government policy. It is, in effect, the kind of law one would expect in apartheid South Africa.

“The Jewish Nation-State Law features key elements of apartheid, which is not only immoral but also absolutely prohibited under international law,” said Hassan Jabareen, of the Palestinian legal aid group Adalah, in a press release on Thursday. “By defining sovereignty and democratic self-rule as belonging solely to the Jewish people—wherever they live around the world—Israel has made discrimination a constitutional value and has professed its commitment to favoring Jewish supremacy as the bedrock of its institutions.”

But apartheid is not the only logical comparison in global politics that comes to mind. In the nation-state bill, you can see the traces of Israel’s burgeoning alliances with far-right governments and political parties in Europe, bonds whose defining quality is an ethnonationalism particularly hostile to Muslim minorities.

There’s Hungary’s Viktor Orbán, for example, who has called Muslim refugees “Muslim invaders” and has a notoriously close relationship with Netanyahu, whom he is presently visiting in Israel. And in Austria, the chancellor of the leading right-wing party, whose governing coalition includes a party with extensive ties to the Nazis, took a trip to Israel the same week that his government moved to close down mosques and expel imams from Austria. That such governments and parties often have ties to antisemites appears to be of little concern to the Netanyahu government; there’s been little response to recent reports indicating that the Austrian government was considering requiring buyers of kosher (and halal) products to join a registry.

Of course, there is a political logic to these alliances, and to Israel’s own nation-state bill. Domestically the bill shores up support for Netanyahu’s coalition among its core constituencies of settlers, the far right, and even ultra-Orthodox Jews, who are appreciative of its language solidifying their control over all institutional religious life in the country. Internationally, this emerging ethnonationalist bloc is taking on the European Union on human rights and immigration, aiming to shield itself from scrutiny over increasing authorianism and discrimination, or, in the case of Israel, a 50-year-long occupation.

In the United States, liberal Jewish groups have expressed discomfort with the bill, but fail to connect it to a broader trend of discrimination in Israel, instead softly pleading for respect for the liberal norms of Israel’s founding fathers. Rabbi Rick Jacobs, of the Union for Reform Judaism, for example, noted that it was “regrettable” that the Israeli government was unresponsive to diaspora Jews who love “Israel, Zionism and [have] respect for the Jewish and democratic state envisioned by Israel’s founders.”

Even in Israel, the center-left leader Isaac Herzog, who was opposed to the bill, seemed hesitant to say anything strong about it, beyond that he hopes “that we won’t find the fine balance between a Jewish and democratic state to be hurt.” Of course, this bill is merely icing on the cake, a fine-point detailing of a fundamentally discriminatory societal arrangement that has long been obvious to anyone who has bothered to look.

For decades, American Jews have affirmed that Israel must not stand alone, and that Israeli Jewish democracy should benefit from American political, economic, and military support. This attitude appears to have reached its zenith with the Trump administration’s unprecedented support for Israel’s right wing and settler movement. But Israel is not alone—while the US continues its effusive support for “the only democracy in the Middle East,” Israel is finding common cause with the European far right through its own anti-democratic campaign for Jewish ethnic, religious, and national supremacy. In fact, Israel appears less lonely than ever before.