A Progressive Foreign Policy Response to the War in Ukraine 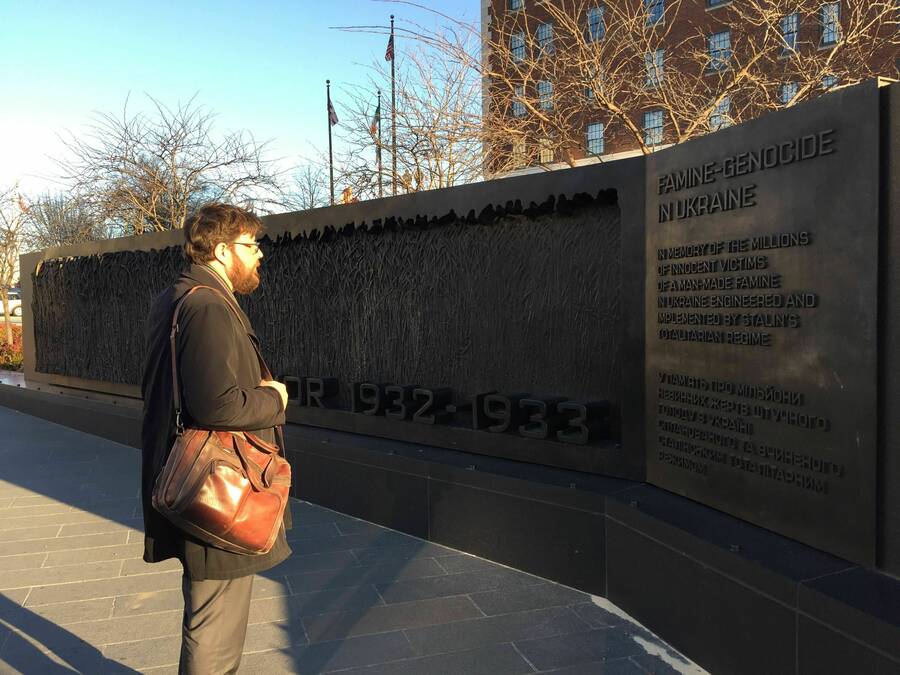 Progressive Democrats in Congress reacted to Russia’s invasion of Ukraine last week with calls for targeted sanctions against Russian President Vladimir Putin and his inner circle, a more generous US refugee policy, and a quicker transition to green energy (given the Russian economy’s reliance on oil and gas). One of the key figures advancing those ideas is Matt Duss, Sen. Bernie Sanders’s foreign policy adviser and a Ukrainian American whose father was born in a displaced person’s camp in Germany after his family fled armed conflict, famine, and Stalinist oppression.

On Monday, I spoke with Duss about the progressive response to Russia’s attack, the opportunities and dangers of Western sanctions against Russia, and whether the world has entered a new foreign policy era. This conversation has been edited for length and clarity.

Alex Kane: Is there a meaningful difference between the centrist and progressive Democratic responses to this crisis?

Matt Duss: There’s a good bit of consensus around the facts. This is premeditated aggression by Putin. We’ve seen a lot of support for the administration’s diplomatic efforts to forge unity with European allies. We should continue to have a discussion about the historical context that led up to this, specifically as it relates to NATO expansion, because even as we focus on the immediate causes of this war, it’s good for us to understand the preceding decades—this did not come out of nowhere. That’s certainly not a defense of what Putin has done; there is no defense of it.

AK: Hawkish commentators have lamented President Biden’s decision not to send troops to Ukraine. Some Republicans want to impose a no-fly zone. Other analysts say the US should fund a Ukrainian insurgency against Russia. What do you think about these calls to escalate the US response?

MD: That’s the one move that hawkish commentators have: escalation. And for them, if escalation doesn’t achieve their goals, then obviously it just means that we need to escalate more. We need to have a much smarter conversation about the goals that we’re trying to achieve, and what tools we have to conceivably achieve them.

It was important for Biden to take US troops off the table early on. Had he not done that, we’d be having a much bigger debate and would be under much more pressure right now to send troops. As for the no-fly zone—it’s one of these things that people in Washington say when they want to sound smart but don’t actually understand what they’re talking about. That would involve US aircraft shooting down Russian planes. It would mean war with Russia, another nuclear weapons state. That would be unwise.

AK: Do you think the Biden administration could have done anything differently in the run up to the war that might have prevented this? Some, for instance, have suggested that the US should have conceded that Ukraine was not going to join NATO, at least right now, as a way of preventing the Russian invasion.

MD: In the weeks leading up to the war, the US and its allies, particularly German Chancellor [Olaf] Scholz and French President [Emmanuel] Macron, signaled that these issues were on the table. They came out of their separate hours-long meetings with Putin and raised the issue of Ukraine’s potential NATO membership. It’s clear that they were doing everything they could to address what they saw as legitimate security concerns. I don’t think anyone should have expected the United States to just come out and unilaterally declare that NATO membership was off the table. People understand that this is a bit more of a complex issue.

But I also think we have to look at what Putin himself said in the speech he gave on the eve of the invasion. This is bigger than NATO. He laid out a vision of reclaiming not only the Soviet sphere, but a pre-Soviet vision for what he believes the Russian Empire should look like. I certainly don’t think we should dismiss the political salience of NATO expansion within the Russian political system. That’s real, as multiple US officials have acknowledged in the last few decades. But as far as Putin is concerned, this is only one part of a much, much bigger agenda and set of alleged grievances.

AK: Sen. Sanders has repeatedly called for targeted sanctions aimed at Putin. But sanctions are a contentious part of the US foreign policy toolbox considering how they have immiserated ordinary people in countries like Iran and Cuba. Sanders has opposed sanctions in those instances. Can you explain the difference between the kind of sanctions Sanders is calling for on Russia and the kinds that he opposes?

MD: He’s strongly supportive of the administration’s efforts to work with our allies to put pressure on Putin and his government, and he specifically called out the oligarchs around Putin, who Putin works with and uses to hide his own wealth. This is something Sen. Sanders has talked about for a long time.

There remains a question of what influence these oligarchs have over Putin versus the influence he has over them. I think the nature of his government really has changed. I don’t want to psychoanalyze Putin, but it does seem that he’s become much more isolated, especially over the last couple of years of Covid. So even though we should go after these corrupt actors’ money regardless, there is a question of how much this ultimately will impact Putin.

There is a concern about the broader impact of sanctions against big banks, particularly the Russian Central Bank, because then you are cratering the Russian economy. There is a logic to pressure like this, but it’s pressure on Russian civilians and working people. We can see similar examples elsewhere in the world where these sanctions become permanent, they don’t achieve any conceivable goal, and people continue to suffer indefinitely. So the question is, what are the demands being made? What are the off-ramps from the sanctions? What’s the point at which these sanctions would be removed? How does Putin react? Those are the cautions that are shared pretty broadly by progressives. It’s important for us right now to be talking about connecting ends to means.

AK: This week, in addition to protests worldwide against Russia, there have been protests calling for an end to US complicity in Saudi Arabia’s war on Yemen. There’s no direct connection to Ukraine, but is there an opportunity to seize this Ukraine moment and create a broader opening for a real progressive foreign policy?

MD: There clearly is, and what progressives have on our side is that we approach these issues with some consistency, whether we’re talking about opposing Putin’s aggression in Ukraine, or we’re talking about opposing Crown Prince Mohammed bin Salman’s obliteration of Yemen. There are obviously differences in these situations, but there are also very strong similarities. And Saudi Arabia is just one of the very brutal regimes that the US supports with arms and diplomatic cover. Addressing this broader problem of authoritarianism, repression, and corruption cannot and should not stop with just going after Putin and his regime.

We should also remember the history of how Putin came to power. When the Soviet Union collapsed, US economists went in and applied neoliberal shock therapy. The people’s resources were auctioned off to the oligarchs. A few years later, Putin took power and brought the oligarchs under his control. If we’re really going to confront the challenge that Putin represents, which is much bigger than just Putin, we need to understand the broader connections between corruption, oligarchy, and inequality, and change that approach. That’s part of the progressive theory of the case in foreign policy.

AK: Both of these conflicts, like many others, have produced large numbers of refugees. Sen. Sanders called for the US to help Ukraine’s neighbors accept refugees fleeing Russia’s onslaught. But is there more that the US itself should do, like accepting Ukrainian refugees, or as some legislators have called for, instituting Temporary Protective Status for Ukrainians already in the US?

MD: Sen. Sanders said in the remarks he gave last week that the US should help Ukraine’s neighbors care for refugees, but also commit to accepting more ourselves. And that goes for more than just Ukrainian refugees. That is somewhere the US can do enormous good. We have enormous capacity to support and help facilitate these efforts.

Obviously, there are refugees from various places around the world, including here in our own hemisphere, that we can do more for. Let’s think about situations in which we are contributing to making refugees and stop doing that. Second, in situations where there are refugees and displaced people, hopefully the Biden administration will be ready to get into a much more vigorous discussion about America’s responsibility. When people talk about American influence and leadership and power, way too often, they are referring to American military power. But I think this is an area we need to think about as one where the US can actually show extraordinary leadership. 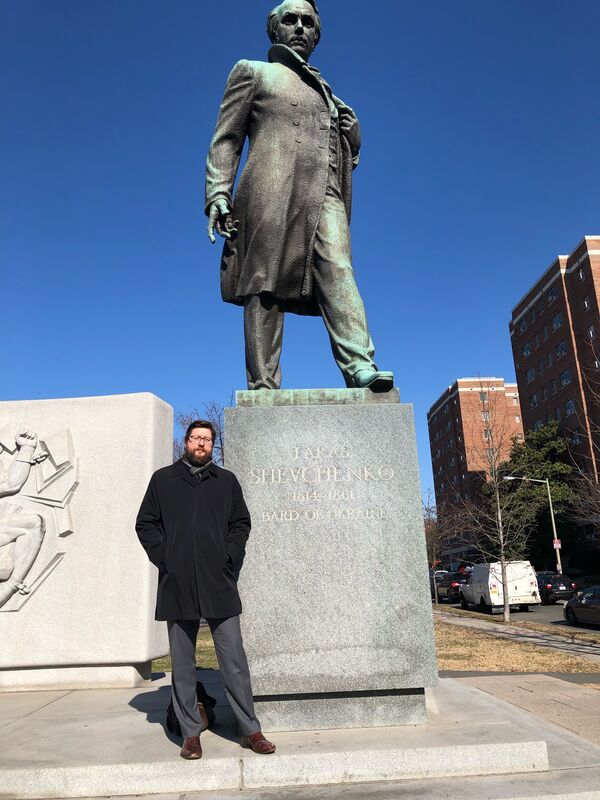 AK: I wanted to ask you about your tweet where you said, “as a Ukrainian-American I am immensely proud of the bravery of Ukrainians and of the support being shown by Americans. As a Middle East analyst I am floored by the blatant double standard on resisting occupation and repression.” Could you explain what you meant by that?

MD: People have a right to resist occupation. They have a right to resist oppression. We can get into a discussion about the ways in which they do that, the tools and tactics, and attacks on civilians versus attacks on the military. Situations are different. But people have a basic right to fight for their freedom, and to live free of occupation and domination. And it does not seem that that standard is applied equally.

MD: Fossil fuels are a major way that the Russian government gets revenue, and there are a lot of authoritarian, repressive regimes that do the same. So if we are talking about weakening the foundations of authoritarianism, shifting away from fossil fuels and toward green energy is a way to deny revenue to these regimes, in addition to the fact that it will save the planet.

AK: Some analysts have suggested that this marks a new foreign policy epoch, one in which US hegemony is no longer unchallenged. Do you think that’s right, and if so, how should the left approach such a moment?

MD: I think that moment ended long ago. More people are getting the memo now. We are in a shift between eras, and the question of America’s role in the world is being contested and debated. Progressives need to show up for that debate. Some of the most important thinking about foreign policy is being done on the left, which is something that I don’t remember ever happening before in my lifetime. I think there’s a huge opportunity and necessity for the left to offer a more positive vision for America’s role in the world.