you must believe in spring 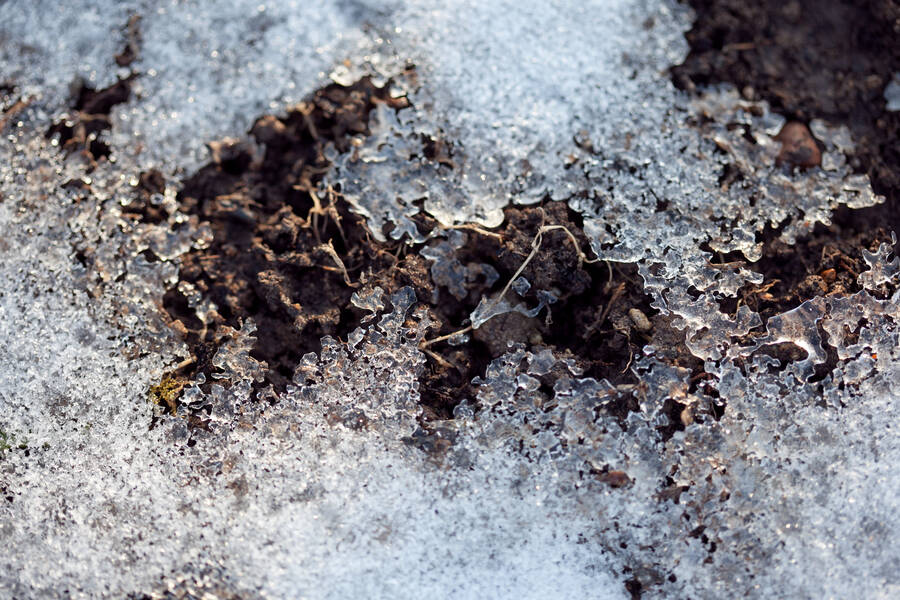 One way to compel attention is to deploy shiny language that insists on the uniqueness of some current circumstance: unprecedented, original, new. But seasons belie the pretense that history is a series of successive frontiers. When I encountered Kemi Alabi’s poem “you must believe in spring,” I wasn’t sure whether the title was nudging me toward the tinny hope of triumphalism—with “spring” signifying a better future in contrast to the poem’s opening scene of “a pasty snow” and “virus news”— or rooting me in the steadfast persistence of natural cycles. The poem, however, upends my own binary thinking, reminding me that this structure of thought is itself rooted in what we’ve done to the world. Alabi writes: “you would trade a skull of yes/no for quiet, two slushed thoughts / per foot below, but there it goes dewing the frost of your plan: // star witness to original sin, atlantic turned accomplice.” Just as the dew that disrupts the frost is not a romanticized onwardness that pretends it can discard the past, but an inevitable thawing of history that swells the present, the “virus news” summons the transatlantic slave trade, as its old racist blueprints structure what passes as new. And yet, other elements persist, too— “tongues flung overboard,” “sun cupping your cheek.” Alabi’s poem thus opens onto a way forward that is also a way back: a season, a spell, spring.

Listen to Kemi Alabi read "you must believe in spring."

you must believe in spring

even the black ground’s aching and ashy, colonized by a pasty snow—
thief socking you to sleep before blaming the dark.

virus news sweeps your screens and your blue-lit mind
fixes on the frozen lake, closest lover to curl inside.

you would trade a skull of yes/no for quiet, two slushed thoughts
per foot below, but there it goes dewing the frost of your plan:

that same sun cupping your cheek begs thaw—
and a seed survives their winter. a lost spell buds.

Kemi Alabi is the author of Against Heaven, selected by Claudia Rankine as winner of the Academy of American Poets First Book Award (Graywolf Press, 2022), and coeditor of The Echoing Ida Collection (Feminist Press, 2021). They live in Chicago.