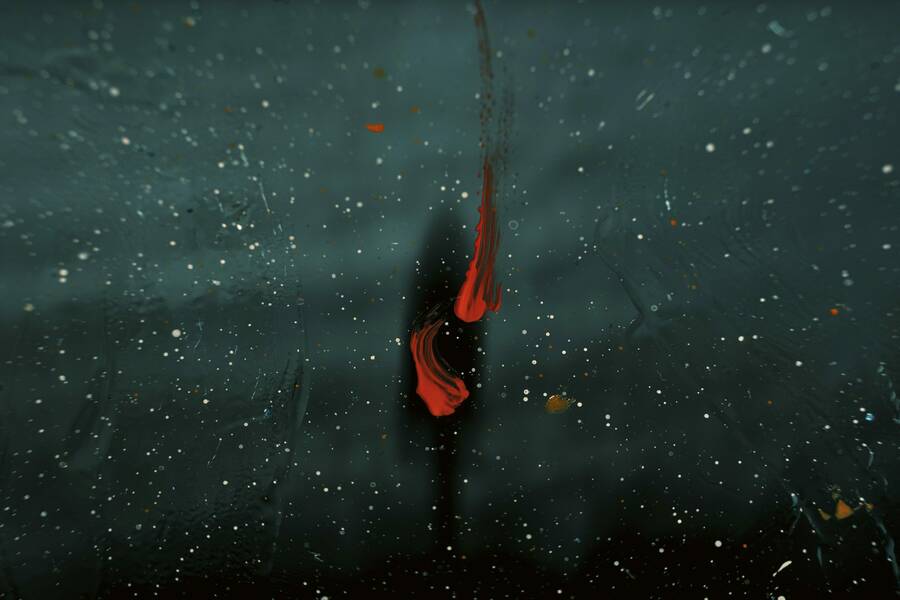 Of the many daily pleasures unavailable in the Covid-inflected world, there is one I miss most of all: watching a person read on a packed subway. Since I’m not privy to the world of the text that draws them in, from where I stand, all I can see is the evidence of their complete immersion. On the train, dancers come and go, a baby wails, someone hurrying to grab a just-vacated seat jostles the reader—and the reader reads on. It feels, actually, not unlike witnessing a lover orgasm: presence, wholly distilled. Rachel Mennies’s “[unfinished draft]” touches this pure enthrallment. In this poem, the “I” conducts currents of sex, reading, writing, God—all conflated in the space of utter presence, where the boundaries we require for navigating the world fall away. Yet language itself is a kind of border-drawing, so this poem has, by its very nature, already left that site of pure being. “[unfinished draft]” documents this departure. The speaker’s expression of desire for entanglement is refused by the poem itself: “I’m ready, I say, I’m ready, but the poem never touches me.” Still, if language can be a door through which we are ushered out of total ecstasy, Mennies’s poem reminds me that it can also be a perch from which to glimpse that inarticulable place.

when fucking, I frequently mistake cries of pleasure for cries of faith

I’m ready, I say, I’m ready, but the poem never touches me

This poem is forthcoming in Rachel Mennies’s The Naomi Letters.

Rachel Mennies is the author of The Naomi Letters (BOA Editions, 2021) and The Glad Hand of God Points Backwards (Texas Tech University Press, 2014), winner of the Walt McDonald First-Book Prize in Poetry, and finalist for a National Jewish Book Award.