The Cultural Boycott of Israel Strikes a Chord

More than a dozen high-profile cancellations at an Israeli music festival shows the BDS movement still has some teeth. 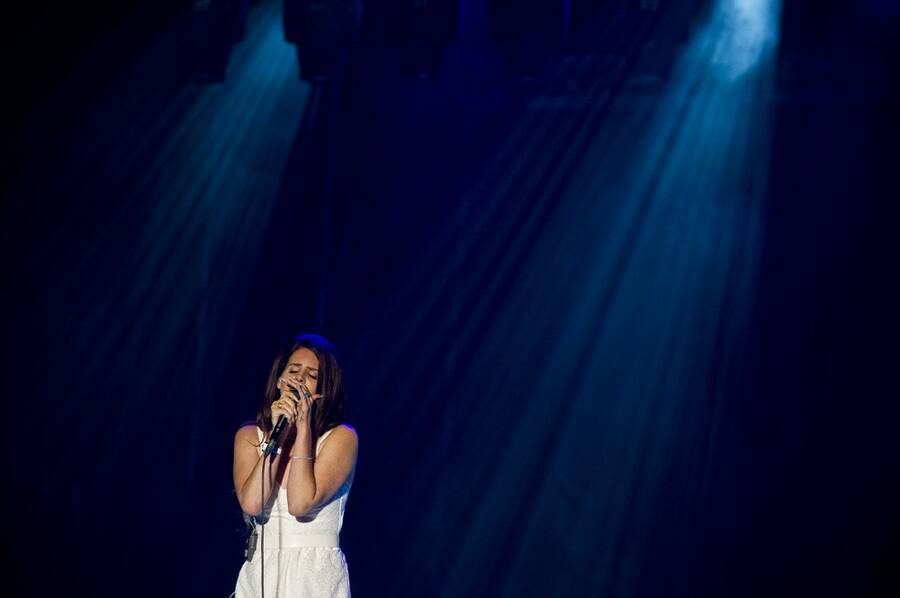 IN 1981, Frank Sinatra was reportedly paid nearly $2 million for a series of nine concerts to herald the opening of the new Sun City Hotel and Casino Club. The resort, which cost an estimated $88 million (the equivalent of about $244 million today), was located in Bophuthatswana, a “homeland” state within a state, known as a Bantustan, a puppet region of South Africa into which blacks were segregated and denied formal South African citizenship.

Sun City was a venture by the South African Jewish accountant-turned-global casino magnate Sol Kerzner to bring “a bit of Vegas to South Africa’s ‘homelands,’” as a New York Times headline put it at the time. It was also an attempt to use six- and seven-figure offers to attract top-flight acts in order to fight the international cultural boycott of South Africa’s apartheid regime. Sinatra played his part with aplomb, in an interview with People magazine:

Before accepting the lucrative offer, Sinatra sent his attorney, Mickey Rudin, to check out arrangements. “I wouldn’t have any part of segregation,” Sinatra, 65, insists. “That was part of the deal here, part of the contract. I play to all—any color, any creed, drunk, sober.” (Because of the $85 top ticket price, the audience was overwhelmingly white.)

In the decade after Sinatra’s visit, however, the boycott intensified. In 1982, the United Nations established a dedicated Committee of Artists of the World Against Apartheid to marshal support for the cultural boycott. Three years later, Steven Van Zandt of Bruce Springsteen’s E-Street band formed the group Artists United Against Apartheid (with the backing of Bob Dylan, Miles Davis, Lou Reed, Ringo Starr, and dozens more), and released a full album of protest songs; it is called “Sun City.”

With the release of “Sun City” and a reinvigorated cultural boycott, the resort and the country became a no-go zone, Van Zandt said in a 2013 interview with Fast Company. “Nobody ever went back to Sun City again,” he said. “That was totally successful in terms of the cultural boycott. It became, overnight, completely successful, which led to again, within a very short time, returning to the economic boycott, which I knew the government could not survive.’

Israel may have finally reached its own “Sun City” moment, in which the price of Israeli actions in Gaza and the West Bank has become too high a moral price for artists to pay. Over the past weekend, at least 19 musicians from abroad canceled performances at the Meteor Festival, located at Kibbutz Lehavot HaBashan in Israel’s north, along the border with the Golan Heights (territory Israel acquired after the Six-Day War in 1967). Lana Del Rey, the festival’s headliner, was the first artist to back out, tweeting that she would not perform until she was able to play for both her Israeli and Palestinian fans. She was followed by the American band Of Montreal, the English rapper Little Simz, and a dozen other acts.

Though the cultural boycott of Israel began in the mid-2000s, with the support of artists including Roger Waters, Elvis Costello, and Brian Eno, the Meteor dropouts mark a high point for the campaign. High-profile acts including Tyler, the Creator and Lorde both canceled shows in Israel in the last 15 months. A lengthy piece in Haaretz warns that the DJs who dropped out of Meteor and composed the lower half of Meteor’s showbill could bring Tel Aviv’s popular club scene to “a standstill.” Even celebrities who disavow the wider Boycott, Divestment and Sanctions (BDS) movement have begun to engage in the tactic: Israeli-born actress Natalie Portman, given a prize by the Israeli government, withdrew in April from the awards ceremony as Israeli soldiers were shooting down unarmed Palestinian protesters in Gaza.

The Israeli government has long viewed BDS activists as nothing less than enemies of the state, and it has an office, the Ministry of Strategic Affairs, largely dedicated to crushing BDS activism. The government and its allies have backed blacklists of BDS supporters, denied them entrance into Israel and the Palestinian territories, endorsed American laws criminalizing and marginalizing BDS activists, and mounted bearhug campaigns to support artists who do perform in Israel; Radiohead and Jerry Seinfeld recently performed in the country to sizable crowds, shows triumphantly heralded by Israeli diplomats around the world.

But the Meteor cancellations could signal a watershed moment, and activists are already working to promote an artist boycott if next year’s Eurovision competition takes place in the country; one judge of last year’s contest has already signed on. Even Israel’s cultural elite has a high-profile defector, the theater star Itay Tiran, who recently spoke to Haaretz ahead of a move to Germany about Israel’s treatment and control of Palestinians: “You get up in the morning, drink your coffee and read the paper. You look at a story and say, so is this the moment in which we’ve become fascist or isn’t it?”

This seemingly rising tide, however, represents just one meaningful and conspicuous avenue of pressure on the Israeli government. It took another 12 years from the formation of the Committee of Artists of the World Against Apartheid until the expiration of South African apartheid in 1994. The Israeli occupation, meanwhile, turned 50 years old last year.

Conversation
American Anti-Communism Abroad
Vincent Bevins, author of The Jakarta Method, discusses the legacy of US intervention in Indonesia and Brazil.
Noah Kulwin
Analysis
Let the Right Have the Conference of Presidents
Liberal groups have an opportunity to reassess their membership in a body designed to rubber-stamp right-wing policy.
Noah Kulwin
Sign up for our email newsletter, featuring exclusive original content
Want original reporting and analysis on Israel/Palestine?
Sign up for the Tuesday News Bulletin.