Shehecheyanu at the Old Dolphinarium 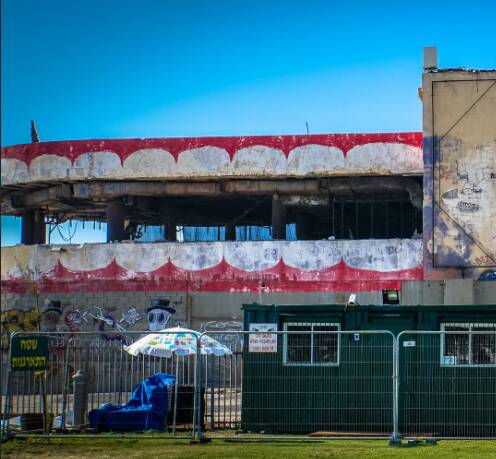 That place, says my friend and points
to the abandoned structure on the promenade,
was a dolphinarium before it became a nightclub
where 21 people, mostly teenage girls,
were killed in a suicide bombing.

That’s why it’s still here,
they can’t tear it down, they can’t redevelop,
although there are plans for luxury condos —

I stop listening. I am like this country,
haunted,
determined to look forward, to the East,
where ruins and border crossings
remind of ancient and modern losses,
where during joyful times
transience is permanence,
where I was taught to believe
that narrow places can turn wide.

But what do I do when I’m stalled
despite all resolve,
when the songs left in my heart
only make me cry,
when I no longer know how to be kind
without offering the other cheek?

My friend keeps talking, the wind keeps blowing,
and all I want to know
is that among the ruins of my life
one will inspire me to praise the universe
for having brought me to this season —

Julia Knobloch is a poet and translator based in Brooklyn.