Q & A with Peter Beinart

Our editor-at-large discusses the background of his essay on the end of the two-state solution, and responds to its critics. 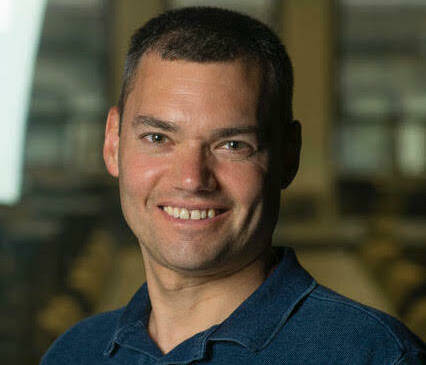 On Tuesday, Editor-at-Large Peter Beinart published a long essay in Jewish Currents in which he declared the two-state solution dead and explored possible alternatives for a just peace and genuine equality between Israelis and Palestinians. Peter’s piece—along with his op-ed in The New York Times the next day, which made a shorter and more personal version of his argument—has galvanized a significant response across the political spectrum. Since publishing The Crisis of Zionism in 2012, Peter has been one of the foremost exponents of the liberal Zionist position, and his renunciation of the two-state solution, in favor of possibilities like a democratic binational state or a confederation, carries enormous weight with Jewish progressives. It has also prompted pushback, not only from defenders of the status quo—which is now moving rapidly toward annexation of the occupied West Bank—but also from some people on the left, and in particular Palestinians, who have been advocating one equal state for many years.

I asked Peter about the backstory for his Jewish Currents essay, what he hopes to accomplish with it, and how he would respond to his critics. The following conversation has been lightly edited. It originally appeared in yesterday’s email newsletter, to which you can subscribe here.

David Klion: Why did you feel moved to formally give up on the two-state solution, and what factors were decisive in framing your views of an alternative?

Peter Beinart: There was no moment of epiphany. I just knew that while I couldn’t prove that the two-state solution—like any potential historical event—is impossible, it was becoming ever more unlikely. And that to keep the framework alive, people were redefining a Palestinian “state” to mean continued Israeli control, and that this couldn’t begin to end the conflict because it wouldn’t provide Palestinians with basic rights. So I began reading more about both Zionist and Palestinian history and reading about other conflicts in divided societies, and over time, I began to see the contours of a different argument. It’s not original to me. I just tried to arrange some pre-existing ideas and frame them within Jewish and Zionist history so that a Jewish audience might be better able to hear them.

DK: In 2003, the late Tony Judt published an article in The New York Review of Books that had a powerful impact on my thinking as an undergraduate at the time. In it, he argued that the peace process had failed and that a specifically Jewish state was obsolete, drawing many of the same conclusions as your piece this week. Judt’s essay provoked a furious response, including from Leon Wieseltier, then-literary editor of The New Republic, who removed Judt’s name from the masthead as a contributing editor. You were editing the front of TNR at the time, and in a series of emails to Judt following a related controversy in 2006, you affirmed his right to free speech but also wrote “you are on record as opposing the continued existence of Israel as a Jewish state—a position I find profoundly misguided and dangerous.” What do you think has changed in the wider discourse around Israel-Palestine, and for you personally, in the years since?

PB: So much has changed. Israeli settlement growth has rendered two states less possible. Palestinian intellectuals have responded by moving overwhelmingly in a one-state direction. The Iraq War weakened some commentators who were more hawkish on Israel, and led others like myself to rethink core principles. The rising left—led by a younger generation—has elevated some more progressive voices. Younger Jews have created a movement to challenge our community’s complicity in the oppression of Palestinians. For me personally, I was able to take the time while writing The Crisis of Zionism to re-examine some of the assumptions that guided TNR’s view on Israel-Palestine.

DK: You write about South Africa’s transition from apartheid to democracy as a possible model for Israel-Palestine. I know you have a strong personal connection to South Africa through your family history. What have you witnessed in that country’s transformation that reassures you, and what do you find most concerning?

PB: What’s most concerning is that the brutal economic inequities remain, and undermine the political freedom and democratic stability that’s been achieved. What’s reassuring is that South Africa achieved a largely nonviolent transition to liberal democracy. The African National Congress’s behavior showed that so much so-called “realistic” white discourse about Black South Africans was based on racist, dehumanizing assumptions that were proven completely wrong when freedom came. That was something I thought about a lot while writing this essay.

DK: Right now it seems highly unlikely Israel will embrace any of the humane and democratic alternatives you’re proposing for at least a generation. In the immediate term, what kind of reaction do you hope your piece will provoke, both in Israel-Palestine and in diaspora communities? What are good first steps for Jews, Jewish organizations, and synagogues that are reaching the same conclusions as you?

PB: The first step is to open Jewish institutions to Palestinian voices, to make it impossible to continue organizing conversations about Israel—or trips to Israel—that speak about Palestinians without speaking to them. In my experience, opening ourselves to Palestinian voices has revolutionary potential because there’s so much unconscious dehumanization in Jewish communities. When it begins to fall away in the presence of actual people telling their stories and explaining their desires for the same things we all want, new ways of thinking become possible.

DK: What kind of response is the piece getting so far, and what has surprised you the most about it?

PB: The thing that has struck me most is the way the Black Lives Matter movement is already changing the Israel-Palestine debate, even when people don’t mention BLM. First, BLM has shown that mass movements redefine what’s possible. Second, it has made it harder for people to rationalize denying others their rights. And it has made it easier to talk about the ways in which Jewish voices (including mine) are often privileged in the conversation and Palestinian voices are often ignored.

DK: How do you respond to critics who say that Palestinians have been making these arguments for years, and that you’re operating from a place of privilege and shouldn’t be centered? What role do you see yourself playing in these debates, and what do you hope this piece and your New York Times op-ed will accomplish?

PB: Of course I’m operating from a position of privilege. The question is how I respond to it. My privilege—and my understanding of the Jewish community—gives me an opportunity, I hope, to frame arguments in ways that may make them easier for Jews to hear. I’m not claiming originality for my arguments. My piece is filled with references to Palestinian writing that influenced me. I highlighted some of that writing on Twitter, and I hope that readers of my essay, especially those for whom its arguments are new, will read and sit with some of this work by Palestinians. My hope for the essay and the column is that they move us closer to the day when prominent progressive Democrats like Bernie Sanders and Alexandria Ocasio-Cortez can embrace this position, and then other Democrats will follow.