A new work addresses the long-neglected mass politicide of communists in Indonesia. 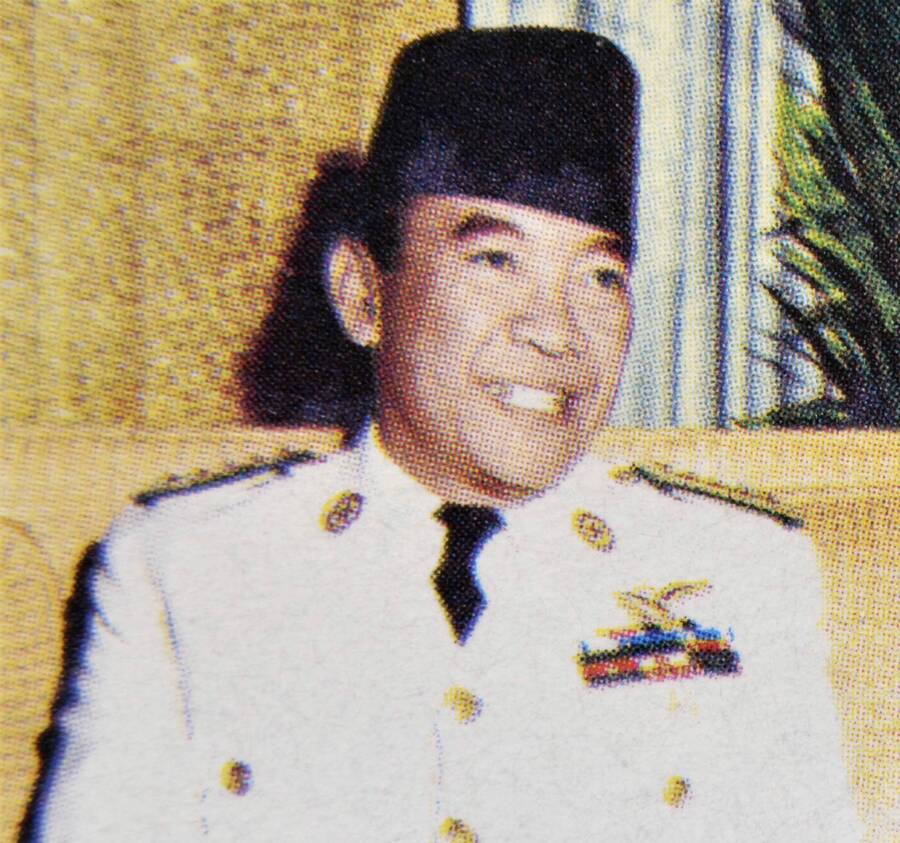 A 2008 stamp commemorating the relationship between Cuba and Indonesia. Photo by Neftali via Shutterstock.
Tweet Copy Link Email Print

Reviewed in this essay: The Killing Season by Geoffrey B. Robinson. Princeton University Press, 2018. 429 pages.

IN THE CENTURY of massacres that was the 20th, the 1965-66 killing of over half a million people in Indonesia received little attention then and receives even less now. The slaughter across the Indonesian archipelago, carried out by military and allied militias, largely over a six-month period, is perhaps ignored because it was not an ethnic genocide and was not a result of Soviet or Chinese policy. This mass murder was carried out by a US ally against communists, specifically and almost solely against the Indonesian Communist Party (PKI), which at the time was the largest non-governing Communist Party in the world—larger, in fact, than both the French and Italian parties, which were usually held up as the beating hearts of the communist movement.

The facts and horrors of this mass killing are the subject of Geoffrey B. Robinson’s essential volume, The Killing Season. In careful detail, Robinson lays out the background for the slaughter and its execution, laying blame squarely on those Indonesians and Western powers responsible for what he calls a crime against humanity—the aftereffects of which are still apparent today.

The politicide began after a failed coup—one Robinson always refers to as “alleged” or “supposed,” since it is entirely possible it was a fake, meant to serve as a pretext to wipe out communism in Indonesia—on October 1st, 1966, in which six generals were killed and supposedly mutilated by an alleged communist-instigated plot. For Robinson, there is little doubt the coup was a fake and a provocation, a pretext for finishing off both the anti-imperialist Sukarno government and a Communist Party that was too strong. Almost immediately, the army and anti-communist militias began to slaughter members of the PKI, events best known now thanks to two brilliant films by Joshua Oppenheimer, 2012’s The Act of Killing and 2014’s The Look of Silence.

The bulk of the killings occurred over the subsequent six-month period, delayed in certain areas only by the need to place new generals more sympathetic to murder in different regions of the vast archipelago. There was nothing industrial about this slaughter. Killings were carried out with machetes, bamboo pikes, knives and guns. Victims were decapitated, their heads left out on display. They were sexually assaulted and dismembered, a response to the claims of mutilation of the generals killed in the supposed coup.

Some victims were executed following trials that took place well after the general massacre, like Sudisman, the mononymic leader of the PKI, in 1967. Others languished for decades in prisons or virtual concentration camps, like the great novelist Pramoedya Ananta Toer, who wrote his classic Buru Quartet while imprisoned at the camp in Buru. According to Robinson, a million people were imprisoned for their politics under military rule.

ALL OF THIS was done with the approval, if not assistance, of the major imperial powers, the US and Britain, though even the Soviets continued to provide aid to the post-Sukarno government of the murderers. The West provided both military support and propaganda for the coup and the killings, and there can be no doubt that Robinson is correct when he says that “. . . the United States and England . . . share responsibility for what today we would call a crime against humanity.” The US had, already in the 1950s, provided funds and materials for anti-communist candidates in elections, and, as Robinson writes, “US policymakers sought to encourage [the military] to play a more direct role in politics . . . to act forcefully together with civilian allies to remove or replace Sukarno and the PKI.” As it would do elsewhere in the insurgent Third World, the US carried out military training programs, “deemed valuable for encouraging anti-communist sentiments among the army’s officer corps.” The sum of US efforts leads Robinson to conclude that “the evidence of CIA and government proposals for dealing with the Communist threat, lend credence to an interpretation that includes deliberate US and other foreign efforts to provoke an open struggle between the Left and the Right on the assumption that in an armed showdown, the Right would win.”

The cause of the slaughter, according to Robinson, cannot be found in any racial animus against the Chinese residents of Indonesia, as is inferred in Oppenheimer’s The Act of Killing, nor can it be traced to ethnic characteristics. Instead, the extermination of the PKI was a political act, the product of anti-communism both internally and internationally. If in Italy, for example, the US did all it could to forestall a communist victory by financing Christian Democratic campaigns, the case of Indonesia was a foreshadowing of Chile’s CIA-backed military coup in 1973: if the communists can’t be made to disappear electorally, then they will be made to disappear physically.

Though there have been vague attempts at rectifying the historical record in Indonesia, they have been half-hearted and, unlike South Africa and the countries of South America, no attempt has been made to expose the truth of what occurred in 1965-1966. The extent to which opponents continue to live in fear in Indonesia was made clear in the credits to Oppenheimer’s films, which were filled with the name “Anonymous.”

That the mass killings in Indonesia are insufficiently known is hardly a surprise. Far too many are ignorant of even basic information regarding the country—like the fact that the country has the largest Muslim population in the world, comprising nearly 13% of the world’s Muslims. That it had a vibrant, important, and peaceful Communist Party that gathered comparable electoral percentages as the parties of France and Italy might be every bit as surprising.

But that the world should remain silent in the face of the killing of communists is absolutely no shock. Decades after the death of the Soviet Union, the great cancer on socialism, few are willing to view communists as victims and not villains. The massacres in Indonesia run against the dominant narrative that communists were butchers. That they could be the victim of butchery is irreconcilable. Even more, the fact that hundreds of thousands (some estimate up to a million) communists could be massacred in a single country bespeaks a level of support for the movement that runs counter to the accepted version of Cold War history, wherein communists must be remembered as marginal. Communist parties are seldom viewed as a valid form of opposition to oppression and poverty. The PKI was precisely that.

Robinson is certainly right when he says that the main reason there’s never been a reckoning for the killers in Indonesia is because they and their direct heirs remain in power. But the West is hardly better. Here, workers, peasants, and intellectuals killed by communists cause much chest beating; workers, peasants, and intellectuals killed because they were communists are just accidents along the way to “democracy.”