From “When the World Stopped Touching: Mothers’ Letters Through Pandemic” 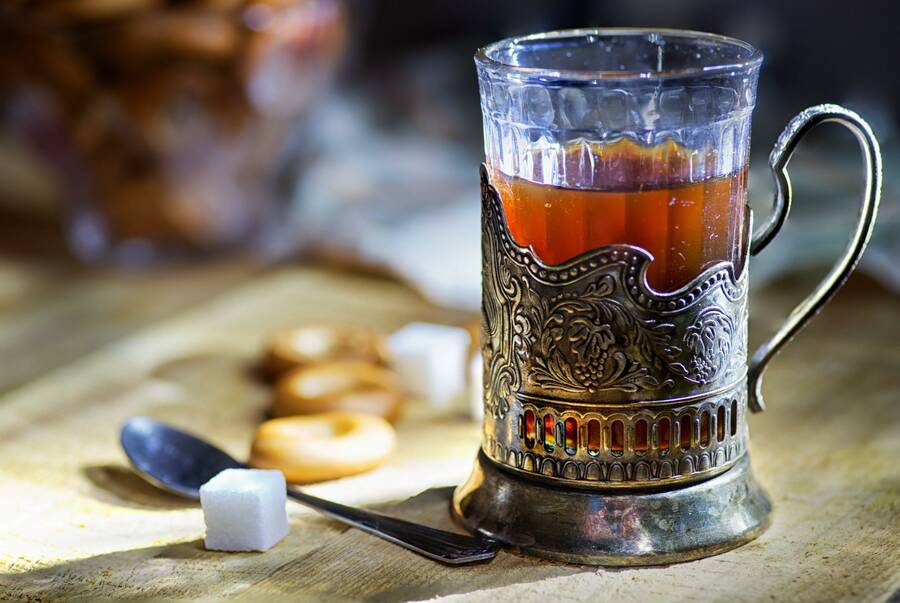 In March, when quarantines began on a wide scale, new forms of living generated renewed interest in old forms of literary production. The diary—equipped to document the workings of a solitary life with a self-consciousness about participating in a future historical record—quickly emerged as a primary genre of the times. I’ve loved reading these records of inner life. But when I encountered the epistolary poems exchanged during quarantine by Julia Kolchinsky Dasbach and Luisa Muradyan—both members of the Cheburashka Collective, a group of women and nonbinary writers from the Soviet diaspora—something else opened up for me. Even when shared, a diary still fundamentally faces inward, allowing the self to control the frame of their life. But letters, which reach toward a particular other in real time, manifest the transformative possibilities of exchange. They not only register an individual’s present experience, but also transform it by offering it up directly to the realm of the social.

Where Dasbach and Muradyan’s missives describe the quotidian in the context of catastrophe, they feel at once small and huge. Perhaps letters are uniquely suited to move between scales, cast out as they are from a single life into social space. Indeed, Dasbach and Muradyan’s project is an expansive one. Building toward a full-length collection, When the World Stopped Touching, these poems take in the quotidian experience of parenting, of writing, of simply existing in a tumultuous time. The stressors and joys of the present connect with the poets’ ancestral Holocaust trauma as well as their experiences as Jewish refugees from Ukraine who came to the United States as young children in the early 1990s. At a moment whose exceptionalism has everything to do with the histories that got us here, and where detrimental attachments to individualism underwrite so many ongoing harms, I am grateful to these poets for leaning into these openings together.

I promised you earlier
that I would write about tea
so here I am searching the internet
for a samovar that looks like the one
my grandfather had in Odessa. In America
all we could afford for a decade was the Lipton
that he would brew black every morning
as he would pack my father’s lunch
for the factory. When he got sick, my father
packed his own lunch and realized that for months
his father had never thrown out old teabags, he only
added them in his thermos the tea becoming stronger
and heavier. Even now, I see his face
in every used teabag. His eyes clouded with worry,
the man who taught me to love unconditionally,
by saving what has been used and letting yourself
become stronger.

I got the call that my family
makes little enough
to qualify for medical assistance
and food stamp benefits
my mother and grandmother
worked to get us
off of as quickly as possible
when we first came here.
It’s such good news,
Babushka said, But you
shouldn’t make it
public. Help, still shameful
after twenty-seven years
in this country. Help,
still something I refuse
to ask for. Help, Luisa.
Still something
we refuse we need.

When we got our food stamps
My grandfather always made sure
that I had something
I didn’t need. One month a box
of chocolate chip cookies, the next,
a box of lemon lime soda,
and my favorite a bag of chips with the image
of a cowboy riding a potato into the sunset.
And this wasn’t about the potato Julia,
this was about how I loved
that image so much that I washed the bag out
when it was empty and kept it as a reminder
of beauty.

My son has decided that he is afraid of the dark
I’m not sure who he consulted, but the decision is final
and I can’t blame him. I was terrified for years, and you would be too
if you were sure that the floor would swallow you whole. Faced
with my own terrors staring at me through my son
I began to desperately search for light
old nightlights, all broken. No help in sight
until I felt the outline of a moose
in the toy bin. His antlers shaped
into a perfect light up menorah
—a Hanukkah gift from my mother—
who never received one from hers.
My sleeping child clinging to this small
miracle as I tucked him into bed and whispered
Amen.

Lying in my mother’s bed, pumping
bedtime breastmilk for my daughter,
Mama asks me to sleep
next to her tonight. Asks me
not to leave, reminds me how
when I came to her bed
as a girl, my father always found
another place to sleep. Nightmares
of ships floating in the stars. Lost.
I was always lost in the dreams,
trying to find my way home.
Next to her body, I stopped
dreaming. The comfort
of nothing and anything
as consuming as her
love. Maybe my son, sleeping
in my childhood bed, feels it too,
in the mattress springs or headboard,
the decades-old Aladdin sheets or the duvets
brought over from Ukraine because
America’s covers remain uncertain.
He comes to sleep with me, Luisa,
on the pullout, every night
we spend in my childhood home.
And I let him. His father,
three states away, not here to warn
against habit, to remind me
our bodies know how
to stay asleep, to dream
even when we are not held.
In bed, again with my mother,
we argue over the Russian news
she believes and the Russian singers,
she believes too. They’re lip syncing.
I say, every Russian concert, the same
performance. She refutes, at first.
Tells me to look at all the real
instruments, the perfect alignment
of mouth and song. I point out
the missing earpieces and monitors,
the woodblock played into silence
or violins we hear but do not see,
so many falsehoods, as easy to notice
as they are to ignore. So what
if they’re not really singing
here and now? Mama concludes,
It’s still their voices and I like it.
I kiss her, finish pumping,
and head downstairs to sleep
alone for a few hours before
one of the children joins me.
I want to tell her I’m not the little girl
who repeated, I don’t know how
to close my eyes. Who needed her
Mama’s hand held over her lids.
I’m not her, anymore, I’m not.
I keep telling myself, Luisa,
but still remember the feeling,
forgetting how my body
can close on its own.

Luisa Muradyan is from Odessa, Ukraine and holds a PhD in Poetry from the University of Houston. She is the author of American Radiance (Univ of Nebraska Press) which won the 2017 Prairie Schooner Book Prize.

Poetry
Let The Father Give
A poet reflects on the terror and tenderness of her son’s first bath in light of family separations at the border.
Julia Kolchinsky Dasbach
Sign up for our email newsletter, featuring exclusive original content
What’s good?
Signup for our weekly Shabbat Reading List for recs on what to read—and why.