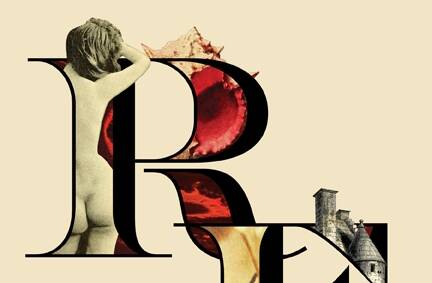 My mind is made of vague and desperate moments       all unspeakable

I have taken measures to sterilise old sorrow

confined within the limitations of its envelope

So strange     how the despair became relaxed

I struggled hard to keep sight

of what was mine      the memory of that night

A scream     the white-hot fact of it

the overwrought echo of the scream

I have written this under empty circumstances to attract less attention

The erasure poem above is an excerpt from Chase Berggrun’s book R E D (Birds, LLC, 2018), which uses Bram Stoker’s Dracula as a source text. Throughout the book-length poem, Berggrun crafts a new narrative from Stoker’s, rigorously preserving word order and making no additions or alterations to the text. From the introductory note that prefaces R E D: “As the text of Dracula, a classic Victorian-era horror novel soaked with a disdain of femininity and the misogyny of its time, is erased, a new story is told, in which its narrator takes back the agency stolen from her predecessors. This work was written at the same time its author had begun their own gender transition. As they were discovering and attempting to define their own womanhood, the narrator of these poems traveled alongside them.”

Chase Berggrun is a trans woman poet. She is the author of R E D (Birds, LLC, 2018). Her work has appeared in American Poetry Review, Poetry, Academy of American Poets’ Poem-a-Day, and elsewhere.

Poetry
Meditations on Celan
Reflections on mystery, translatability, and the limits of the speakable in single Celan poems
Chase Berggrun, Aria Aber, Michael Hofmann, and Peter Cole
Provisions
Provisions #1: “languages I didn’t know I wanted to know”
Meditations in a crisis on poems by Solmaz Sharif, Mary Karr, and June Jordan.
Momtaza Mehri, Chase Berggrun, and Essy Stone
Sign up for our email newsletter, featuring exclusive original content
What’s good?
Signup for our weekly Shabbat Reading List for recs on what to read—and why.