AOC is drawing the correct lessons from Holocaust history, unlike mainstream Jewish institutions. 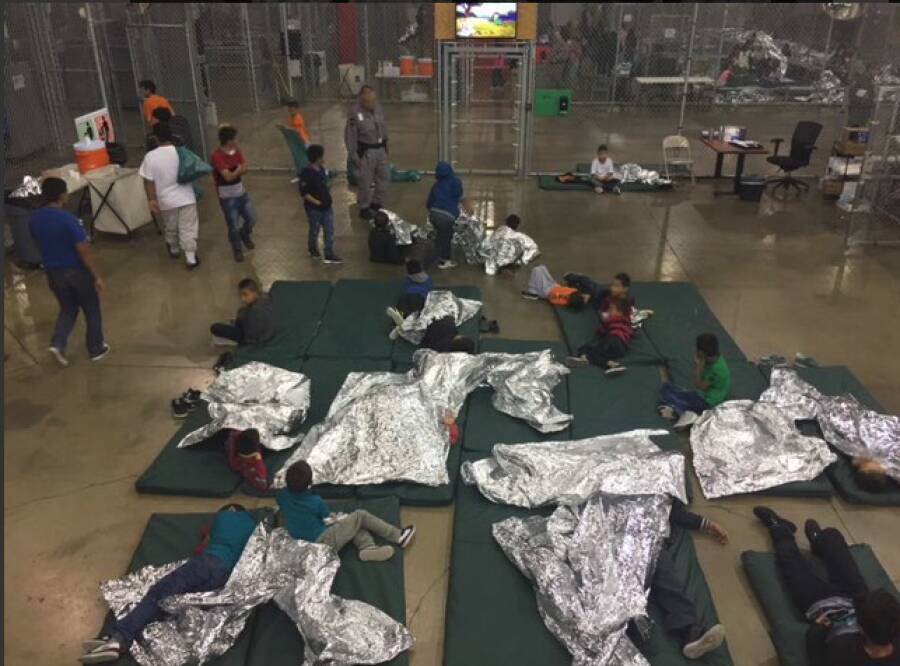 ABOUT 40 YEARS before the Nazis opened Dachau, the Spanish general Valeriano Weyler set up the first modern concentration camps in Cuba. Used to punish rural civilians accused of offering assistance to Cuban rebels, the strategy was to move “hundreds of thousands of rural inhabitants into Spanish-held cities behind barbed wire” in order to suppress the rebellion, wrote Andrea Pitzer, a scholar of concentration camp history, in a 2017 Smithsonian article. In the following decades, the blueprint for reconcentración laid out in Cuba would later be found in colonial South Africa, in American Japanese internment camps during World War II, and, most infamously, in Nazi-occupied Europe.

Drawing on this history, Rep. Alexandria Ocasio-Cortez compared immigrant detention facilities to concentration camps in a Monday night Instagram Live video. The following day, she affirmed her remarks in a tweet: “This administration has established concentration camps on the southern border of the United States for immigrants, where they are being brutalized with dehumanizing conditions and dying.” She cited an Esquire article featuring interviews with Pitzer and other historians who made precisely that point.

Predictably, right-wing pundits and Republican politicians have responded by working themselves up into a lather, screaming and whining that by deploying the term “concentration camps,” Ocasio-Cortez is diminishing the memory of the Holocaust. Wyoming Rep. Liz Cheney, daughter of Dick and defender of Israel, furiously replied to Ocasio-Cortez, “You demean their memory and disgrace yourself with comments like this.” Fox News anchor Bill Hemmer threw a similar fit, and Ben Shapiro cracked a joke about AOC being stupid. In the rightist view, there is no comparison between the unjustifiable horrors then and the justified cruelty now.

As The Atlantic’s Adam Serwer has noted, the incredible cruelty of Trump’s policies and Republican policy more broadly, especially when it comes to punishing immigrants, is precisely the point of them. The euphoria among the right-wing base that this cruelty induces can only be soured when someone draws a straight line from these policies to episodes of history that are universally accepted as bad—just as AOC did here. Republican fury arrives at precisely the moment these connections become clear, when members of Congress start identifying the jackboots of ICE today with the jackboots of the SS in 1944.

But there is such a thing as a gratuitous Holocaust reference, and in these cases the Jewish establishment steps in as umpire. And in this instance, as in many others, it has fallen short. On Tuesday evening, the Jewish Community Relations Council (JCRC) of New York, the central body for dozens of Jewish groups in the New York area, announced that it had sent a letter to Ocasio-Cortez urging her “to refrain from using terminology evocative of the Holocaust tonvoice [sic] concerns about contemporary political issues.” Abe Foxman, formerly the director of the Anti-Defamation League, told Jewish Insider that “such ignorant comparisons trivialize the Holocaust and thereby undermine the lessons of history we must learn.” Quasi-celebrity Rabbi David Wolpe adds, “analogies that evoke the Holocaust are, with the rarest of exceptions, presumptively offensive and unwise.”

These readings of the Holocaust suggest that there are no broader lessons to be drawn from it, other than the unique persecution faced by Jews. It’s a kind of myopia that tends to be wrapped up in ardent support for the Israeli government, a line of thinking that leads straight to the idea that the only way for Jews to survive is for the Israelis to develop nukes and to occupy the West Bank.

But if we’re to go by the definition Andrea Pitzer has used, which has the support of other historians, concentration camps are used for “mass detention of civilians without trial.” Although other camps rushed Jews to the gas chamber, consider what the New York Times wrote about Dachau, the first Nazi concentration camp, when it opened in 1933: “Dachau, the site of the concentration camp for those who have incurred the displeasure of the present rulers of Germany but have committed no offense for which they could be tried.”

What, then, is the meaning of a phrase like “never again” when the institutions that proselytize it also argue that Holocaust memory cannot be sullied by the present tense? “Never again” is the common refrain that young Jews are taught, particularly by leaders at groups like the JCRC and tour guides at Yad Vashem. But by the time many of these young Jews become adolescent or twenty-something Jews, the mantra becomes a question: “never again, for whom?” Rather than broaden the scope of the lesson to include injustices not committed by Nazis against Jews, Jewish institutions would rather instead police the boundaries of Holocaust memory. Jewish leaders like the JCRC, like Foxman, like Wolpe, and like many others, in giving the Republicans cover for such a putrid policy, have given their answer: just us.