Through the Looking Glass

Our American Israel examines the projections and anxieties that animate the US-Israel relationship. 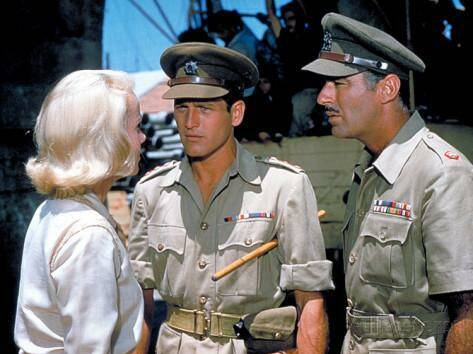 Discussed in this essay: Our American Israel: The Story of an Entangled Alliance, by Amy Kaplan. Harvard University Press, 2018. 368 pages.

IN THE EARLY 1990s, investigative journalist Leslie Cockburn and her husband Andrew co-wrote Dangerous Liaison: The Inside Story of the US-Israeli Covert Relationship, which examined the history of the alliance between the Mossad and the US intelligence community. Predictably, the study received mixed reviews: Kirkus Reviews hailed it as “a critical, impressively researched history,” while the New York Times decried it as “Israel-bashing.” Dan Raviv, writing in the Los Angeles Times, praised some of the Cockburns’ findings and expressed skepticism about others:

Their conclusion that the alliance boils down to a Tel Aviv boulevard full of arms merchants . . . misses the true intangibles of the strange but strong link: the mystique felt by many Americans, including members of Congress but also clergymen and taxi drivers, an enchantment reciprocated by ordinary Israelis; and the sense that two democracies with shared values ought to help each other in a world that is basically dangerous.

In 2018, Leslie Cockburn made a bid for the House of Representatives, hoping to flip Virginia’s 5th district blue. In October, the Republican Party of Virginia released an ad that read: “Leslie Cockburn: Hates Veterans. Hates ICE. Hates Israel. Basically, Leslie Cockburn Hates America.” Beyond indicting her critical attitude toward Israel, the ad subtly undermined the force of Cockburn’s scholarship in suggesting a self-evident equivalence between America and Israel. A giant, majority-Christian nation in North America and a small Jewish state in the Middle East have somehow become so intertwined that hatred of one necessarily implies hatred of  the other.

Amy Kaplan’s Our American Israel: The Story of an Entangled Alliance addresses the cultural assumptions bolstering the anti-Cockburn ad and delves into the “true intangibles of the strange but strong link” that Raviv found missing from the Cockburns’ analysis. Kaplan, a professor of American Studies at the University of Pennsylvania, writes in the introduction that her book “aims to recover the strangeness of an affinity that has come to be seen as self-evident.” She distinguishes her work from existing scholarship on the US-Israel alliance by zeroing in on its cultural history: analyzing the books, films, TV, and mainstream media that have shaped Americans’ attitudes toward the state of Israel since just before its founding.

Kaplan offers deep analysis in engaging prose. By focusing on a few representative works, she keeps the book’s scope manageable. To describe the early days of American infatuation with Israel, she devotes a chapter to Exodus, the 1958 Leon Uris novel about Israel’s founding that eventually became a blockbuster film. According to Kaplan, it was Exodus, which sold over 20 million copies and was popular among both Jews and non-Jews, that “forged the popular American identification with Israel for decades to come.” Exodus’s protagonist, Ari Ben Canaan (played in the film by Paul Newman) eschewed the typical stereotypes associated with Jewish men. He was a Don Draper-esque American hero, a “strapping six-footer with black hair and ice-blue eyes.” Kaplan shows how Exodus appealed to Americans by transplanting the American frontier myth to Israel. Ari was styled like a hero from an American Western, keeping in line the “uncivilized” indigenous population—in this case, Arabs—in order to claim and transform the land. The book even offered an entry point for American Christians with the character of Kitty, an American nurse who winds up in Palestine and falls in love with Ari. The Israeli government quickly recognized the value of the work. Kaplan quotes the head of Israel’s Ministry of Tourism saying “we could have thrown away all promotional literature we printed in the last two years and just circulated Exodus.” As the American public devoured Exodus, they also ingested a serious dose of anti-Arab racism and orientalist stereotypes. Uris, in Kaplan’s words, “portrays indigenous Arabs as squalid remnants of an ancient Islamic civilization and blames them for despoiling the Promised Land.”

In her analyses, Kaplan teases out the anxieties and projections that have filtered the lens with which Americans see Israel. She analyzes the fawning coverage of Israeli soldiers in the likes of Time and The New Republic after 1967’s Six Day War, which is, she writes, “commonly considered the turning point in the special relationship between the United States and Israel.” Kaplan argues that Americans became invested in the apparent moral clarity and quick victory of the Six Day War because it served as a soothing contrast to the morass of Vietnam. Thus developed an American perception of Israel as an “invincible victim,” able to present itself both as the sympathetic underdog surrounded by dangerous foes and as the powerful ever-victorious army. Cold War-era Americans could relate to these contradictions, since their nation played the dual role of unstoppable superpower and potential nuclear victim.

The first significant fissure in American-Israeli relations came in 1982, when Israeli forces bombed Beirut, causing widespread civilian casualties, and eventually allowing the Christian Phalange militia to massacre over 800 Palestinian civilians in refugee camps in Sabra and Shatila. American liberal commentators fiercely criticized the Lebanon invasion and the massacre, but cast it as an aberration in Israel’s fundamentally ethical militarism. Kaplan narrates how the coverage’s focus shifted quickly from Palestinian suffering to Israeli anguish over the country’s wrongdoing. Meanwhile, conservative commentators saw nothing wrong with Israel’s actions and fiercely criticized the media for perceived unfairness to Israel, sometimes pegging it to antisemitism. While the Lebanon War made the plight of the Palestinians impossible to completely ignore, Israel’s image was merely bruised; the moment birthed a new bipartisan consensus around negotiating a two-state solution and validating “two narratives.”

After describing the post-9/11 world, in which Americans and Israelis partnered in anti-terrorism initiatives and police technology, Kaplan leaves us at yet another turning point. In her conclusion, she includes a brief mention of the rise of Donald Trump—and the accompanying shifts in the US-Israeli relationship—arguing that the US-Israel alliance is “as powerful as ever” but also “more contested than ever before.” The “liberal consensus has now been replaced by a conservative one,” she writes, as right-wing Israeli and American governments continue to hammer nails into the coffin of the two-state solution. Kaplan concludes with an argument validating her cultural approach: “To disentangle the bonds tying together the two nations requires more than separating national interest from the influence of domestic politics. It means reckoning with the image in the looking glass, recognizing how we have projected images of American exceptionalism onto our visions of Israel, as exceptionally modern, humane, powerful, and threatened. ”

But just who is this “we”? Kaplan’s study, though trenchant, suffers from an overly vague sense of the “American” identity it so often invokes. Many of the authors, artists, and journalists cited by Kaplan are Jewish; she also devotes space to the Christian books that have animated evangelical devotion to Zionism. And the book is often at its best when it quotes dissenting Palestinian-American voices—such as Albert Hazbun, who moved to San Francisco in 1958, and who describes the loneliness of watching the Americans around him obsess over the “viciously anti-Palestinian message” of Exodus. But it’s rarely clear how those who aren’t Jewish, evangelical, or Palestinian—i.e., the majority of Americans—view these cultural products and media narratives. Kaplan occasionally gestures at an answer to this question, such as when she describes Exodus’s broad appeal, or when she cites surveys describing how the Holocaust miniseries bolstered non-Jews’ support for Israel. But overall, there is rarely clarity on how specific American audiences react to the media discussed, weakening the power of Kaplan’s argument.

A shift, it seems, is already underway. Since the book’s publication, various political developments—most significantly, the election of a new group of congresswomen who are unapologetically anti-occupation and skeptical of Israel—has increasingly thrown the popular consensus around Israel into question. Support for the US-Israel alliance remains bipartisan overall, but its more aggressive defenders are increasingly Republican. Are we in the midst of a turning point in American politics, in which the right wing takes ownership over relations with Israel, enabling its continual rightward move, as the mainstream left gradually becomes more critical?

Rather than finding comfort in similarities between Israel and their own country, many liberal Americans are now alarmed to see echoes of the hated Trump regime in the Jewish state. Meanwhile, mass movements such as IfNotNow and the Democratic Socialists of America have popularized dissenting narratives around Israel, especially among young people. In a testament to the cultural potency of youth activism, the comedies Broad City and Transparent have shown young Jews wrestling with, rather than uncritically embracing, their commitment to Israel. In the April 2016 Broad City season finale, young Jews Abbi and Ilana embark on a “Birthmark” trip, which relentlessly mocks Birthright’s  commitment to perpetuating Jewish bloodlines. Abbi and Ilana, who never make it into the country, express their relief at escaping the “gross” guns of the Israeli security officials who interrogate them—until they realize, simultaneously, that American culture is similarly militaristic. It’s the “special relationship” recast as a curse, the horror of recognizing yourself in the mirror. Perhaps these portrayals, in shows that reach a wide audience beyond just Jews, will succeed at planting seeds of doubt about America’s full-throated support for Israel.

But the question remains: can such cultural shifts actually influence power? Even as American youth culture slowly but surely diversifies and begins to interrogate white supremacist assumptions, our politics remain dominated by racist authoritarians who maintain power thanks to demagoguery, voter suppression, and the electoral college. Kaplan is right that it’s useful to study the cultural assumptions underlying the affinity between the United States and Israel, especially for organizers looking to rally Americans around a new culture of skepticism toward nationalism and the occupation. (For these purposes, more specific analysis of how different American demographics relate to Israel would be especially helpful.) But, as we’ve learned in recent years, cultural “wokeness” doesn’t itself alter our minority-rule politics. Perhaps new Trump-era cultural narratives can help more Americans reevaluate the assumptions underlying the affinity between the United States and Israel. But to have a shot at achieving justice in Palestine, we’ll have to use those realizations as a starting point for building power.

Review
Who Will Power the Climate Revolution?
Two new books exemplify divergent approaches to the climate crisis. But who are the revolutionary subjects positioned to enact them?
Dylan Saba
Review
The Prophet with Eyes
In Olga Tokarczuk’s The Books of Jacob, based on the real life of a self-proclaimed Jewish messiah in 18th-century Poland, theological energy competes with the liberal novel’s finely wrought machinery.
Raphael Magarik

Report
How a Giant of Responsible Investing Agreed to an Israel Exception
After a multi-year campaign by Jewish groups, Morningstar—a major firm known for socially responsible investing—is softening its approach to Israeli human rights abuses.
Mari Cohen
Newsletter
The State of Antisemitism Reporting
How America’s major newspapers have stumbled in covering a serious phenomenon
Mari Cohen
Sign up for our email newsletter, featuring exclusive original content
What’s good?
Signup for our weekly Shabbat Reading List for recs on what to read—and why.