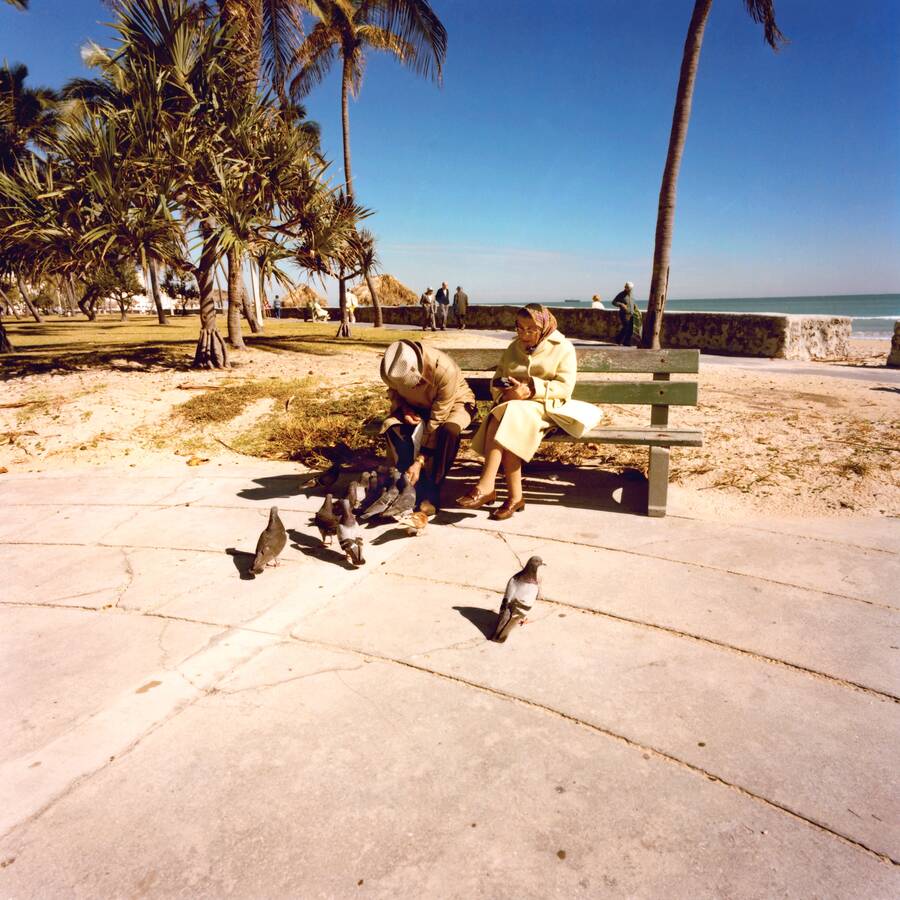 Author’s note: The poems below are drawn from one of those life-changing experiences slipping, but not entirely, from memory. I had launched the “Oral History of the American Left” at The Tamiment Library at New York University in 1976, but only a few years later was I able to travel and interview oldtimers. These vignettes came out of a particular set of interviews in Miami Beach, then a great if already fading community for the Jewish Old Left (Jewish Currents founder-editor Morris Schappes provided inspiration and contacts). I loved these old-timers, and they seemed very attached to me: I wanted to hear about their lives. I hardly knew my own (gentile) grandparents, and I was happy to be adopted, even for a short while.

Yiddishists proved, from the beginning of my work, to be the most eager to talk. Those closest to Jewish Currents were, from my recollection, the most clear-eyed about the past. They regretted the illusions they had had about Russia, but they considered themselves fortunate to have been in so many good struggles, and to have kept many of the same friends they had known since their first years in America. In other words, they did not insist (as many others did) that they had been vindicated, nor had they become cynics.

What appears below is a reconstructed set of memories, my own version of their versions.

Literary Circle
Take a look at that photo over there
Our convention, 1931.
We had a needles trade union of our own.
and it was Red.
But we had to go back to the ILG
with our heads down.
We have one rule in our book circle:
you have to say something new
about Yiddish literature and
not talk about your aches and operations.

The Organizer
When there’s a concert or lecture
we need to mobilize.
People are old and sick and dying.
But our paper gives us something to live for.
If we are the last Yiddish socialist generation
We will carry on until the end.
Do you want to interview my wife?
Someone called her a Pepper Pot of a Woman.
She’s deaf and she yells.

That Pepper Pot of a Woman
I was always a shop foreman, forewoman,
but if you want to get something done
you don’t stand in the front row when
a picture is taken. You train young people,
that’s the way to do things.
Sasha Zimmerman, his boss Dubinsky was against us
but his door was always open to me.
We settled problems right away.
The bosses got away with nothing.
Will you sit with me awhile longer?
Have another gefilte fish?
Next time, it will be yenne velt.

Hotel Keeper’s Widow
I was a shop girl on vacation
This would be in the 1920s
He was already a manager in the Catskills.
He was very progressive but quiet.
He gave a lot of money to the movement.
Down here, we had events for everything
that the movement needed.
When he died, a blonde pianist
and Yiddish music scholar
Pursued me, sang to me in concerts
Even while his wife was dying at home.
I said, don’t embarrass me like that.
But when she died, he married me.
And we published his music books.
He used to say, “I owe it all to my mother.”
But his first wife must have helped.

The Elderly Tourist
I travel while I still can
and I like to go to Russia.
The young people, they sit out at night
in the cafes, some have guitars
and they sing.
Boyfriends and girlfriends
just like anywhere else.
When people say life in Russia is terrible,
I say: it’s not heaven and it’s not hell.
Just ordinary.
That’s why we have a Friendship Society.

An Early Exile from New York
I came here in the 1950s
before the big towers went up.
And before my friends would arrive.
We wanted a place to be close to each other
And carry on our politics and culture.
We had wonderful times.
We always supported progressives and
opposed the wars.
Now we are all dying.
The young people are Cuban, and they hate us.
We try to get along, but I say,
When they spit in your face
Don’t tell me it’s raining.

Paul Buhle, retired Senior Lecturer at Brown University, has turned to the creation of graphic novels since 2005. His latest graphic novel is about Johnny Appleseed, with books on Eugene Debs and Herbert Marcuse slated for spring 2019.