The Loss of Little Boy 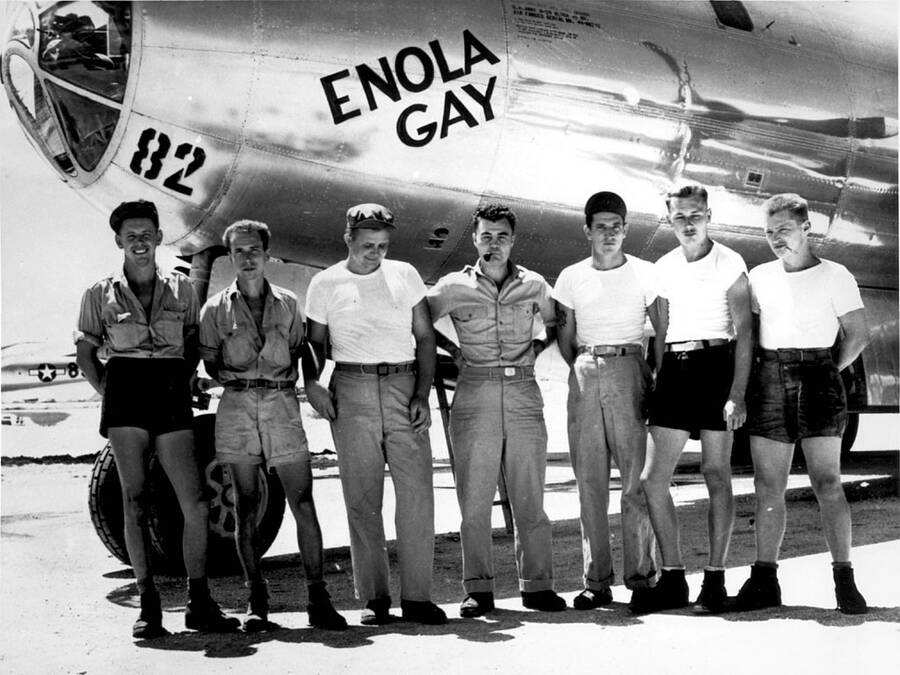 The crew of the Enola Gay poses before the plane that dropped the atomic bomb Little Boy on Hiroshima. Photo: US Air Force
Tweet Copy Link Email Print

Psychologists say the early loss of a sibling
can have profound inimical effects.
Take the case of Little Boy, America’s

baby brother, who lived for only days.
I can almost picture him growing up, a towhead
flicking bottle-caps in a game of skully

or knuckling the pocket of his baseball mitt...
but he perished in a violent metastasis —
be brave just once to recall the bitter details,

they say — in a flash that seared the flesh to shadow.
At first, on Tinian Island, he was tended
and protected by teams of youthful American men,

vigilant, though the heat was certainly severe
and the set-up more like a spartan all-male resort
than a hospital. What kind of nurses were these

who lifted him into the care of a Superfortress
named for the pilot’s mother, only to be
released six miles above an unaware city,

plummeting faster than fear to his death in mid-air?
Psychologists say, to combat survivor guilt
focus on pleasant connections with the lost one,

on recollections with viable life lessons.