The Congressional Black-Jewish Caucus Is a Sham 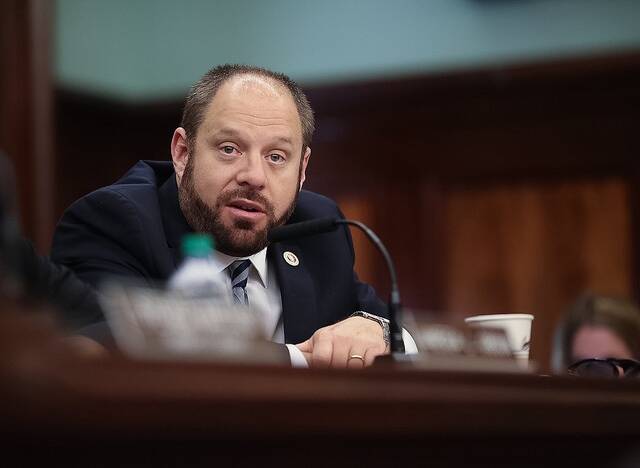 FOR MOST OF the 20th century, the American Jewish Committee enjoyed a sterling reputation for its work on the frontlines of the fight against racism. The AJC funded a landmark study of the psychological effects of segregation that was cited by the Supreme Court in its Brown v. Board of Education decision. Years before that, the AJC fought to overturn laws discriminating against both African Americans and Jews, a legacy that Martin Luther King Jr. praised in a 1965 address to the Committee, recalling the “distinguished” organization’s founding statement from 1906: “Jews cannot ensure equality for themselves unless it is assured for all.”

These days, the AJC is using its admirable heritage as cover for its dogmatic support for the Israeli government. Its longtime executive director, David Harris, bloviates at length about anti-Israel bias while using his organization’s clout to quash meaningful dissent. Facing both the renewed threat of white supremacist violence and declining support for Israel in the Democratic Party, the AJC this week scored a victory on both fronts with the announcement of the new Congressional Caucus on Black-Jewish Relations.

Speaking at an AJC conference in Washington on Monday, three members of the House of Representatives declared that the new caucus “will work to bring blacks and Jews together to back hate crimes legislation and combat white supremacist ideology and actions,” per the Jewish Telegraphic Agency. The AJC was not just a bystander to this process; the group has happily taken credit for the caucus’ formation, noting in a press release that the announcement “follows on a January meeting with AJC's National Leadership Council, where Rep. Brenda Lawrence (D-MI) spoke about the urgent need to bring together African-Americans and Jews.”

Lawrence (who is African American), flanked by former Democratic National Committee chair Rep. Debbie Wasserman Schultz and Republican Rep. Lee Zeldin, said she formed the caucus “with the hopes of strengthening the trust and advancing our issues in a collective manner.” According to the JTA, the three members will be joined in the caucus by Democratic Rep. John Lewis, a hero of the civil rights movement, and Rep. Will Hurd, a Republican from Texas.

The whole enterprise feels like a sham. Lawrence and Lewis are high-profile allies of the pro-Israel movement, which has long relied on the supposed diversity of its advocates as a shield for the racist policies of the government it supports. But the real gem of the caucus is Zeldin, the Trumpist from Long Island who couldn't care less about the roots of “white supremacist ideology and actions.”

In 2015, Zeldin met with members of the far-right Oath Keeper militia, who showed up armed to confront black protesters in Ferguson, Missouri that same year, and he has appeared multiple times on the radio show of anti-Muslim activist Frank Gaffney. Zeldin campaigned last year with Sebastian Gorka, the former White House official who reportedly belonged to a Hungarian group of Nazi sympathizers, and with Steve Bannon, the ex-Trump adviser waging a war against “globalists” (and whose ex-wife claims that he didn’t want his daughters to attend school with Jewish “whiny brats”). Since the beginning of 2019, Zeldin has elevated his public profile with constant attacks on Rep. Ilhan Omar—one of only two Muslim women in Congress—including unhinged tweets calling her a racist and an antisemite.

For groups like the AJC and participating members of Congress, the new caucus presents an opportunity to look tough and bipartisan in a fight against white supremacy. But considering what we know of its membership, the real opportunity will likely be to redefine black-Jewish solidarity as an instrument of support for the Israeli government. The founding members of the caucus are all happy warriors for Israel and friends of AIPAC. The inclusion of at least one representative who pals around with actual white supremacists suggests the caucus’s unstated agenda.

There remains the slight possibility that something good could come out of the caucus. Omar said on Thursday that she plans on joining the caucus after initially offering modest praise of the new group in a Wednesday tweet: “Glad to see colleagues follow through in working on the things that unite us and not divide us,” she wrote, linking to her own CNN op-ed from last month, co-authored with Rep. Jan Schakowsky, who is Jewish and represents much of Chicago’s North Side. In the op-ed, Omar and Schakowsky correctly identify the source of terrorism against racial, ethnic, and religious minorities as emanating from the far right.

The Congressional Caucus on Black-Jewish Relations may be a uniter and not a divider, but in spite of Omar’s participation, the unity it offered in its launch announcement was cynical and shallow. It does not confront the fact that the Jewish and black political alliance, in which the AJC was once a key player, ultimately came undone as key Jewish institutions and intellectuals drifted rightward, leaving many of their black erstwhile allies behind. It is only fitting that a magazine once published by the AJC, Commentary, spearheaded this movement, replacing Jewish civil rights activism with aggressive pro-Israel advocacy. And as for what it takes to resurrect a meaningful black-Jewish alliance—standing against white nationalism, at a minimum, requires condemning those who enable it, not including them.