Song of the Scent of the Beloved 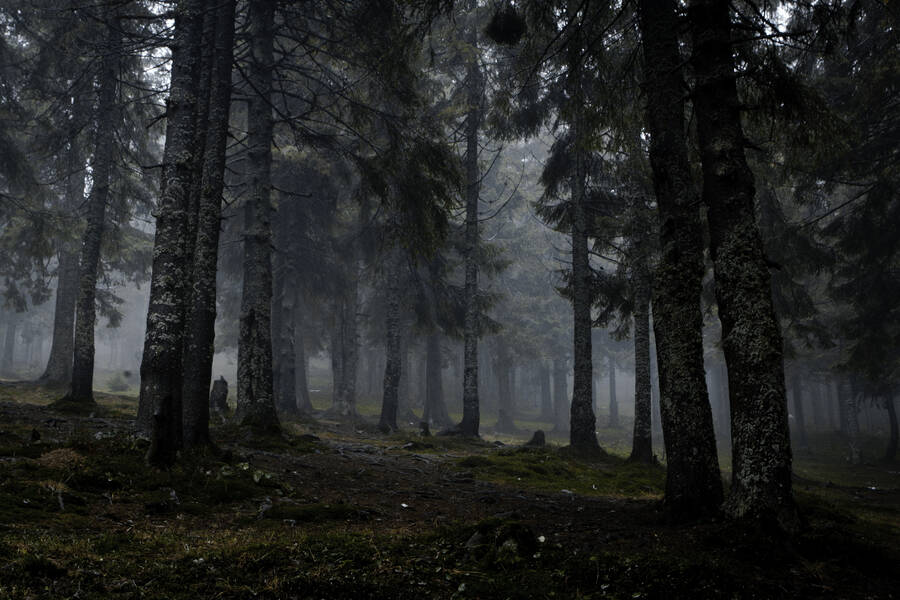 In “Song of the Scent of the Beloved”—the 262nd part of “mu,” a roving sequence Nathaniel Mackey has been developing for decades—senses jostle as the we of the poem strives to perceive. Early on, each mode is displaced by another: “the charade visibility was” gives way to scent (“The wood of the world rose up our noses”), then sound (“It wasn’t the scent but the song”). And yet, as it turns out: “No one sensory mode sufficed.” If no single way of knowing can capture the whole, then both self and world are not separate, stable unities but porous multiplicities. The poem thus undermines what Mackey has called “the Cartesian separation of the ego from the rest of the world [established] in order to achieve knowledge of and power over the rest of the world”—a division that underpins the borders and hierarchies that property requires. “Song of the Scent of the Beloved” offers a vision of relation not governed by this brutal logic: “To be was / not to have was the beloved’s lesson.” The poem’s shifting, recombinant notes are not the transcription of a fixed past, but—as Mackey writes elsewhere—the proliferating possibilities of a yet-to-be perceivable future, “the frazzled edge of what remains ‘unsung.’”

Listen to Nathaniel Mackey read "Song of the Scent of the Beloved."

Song of the Scent of the Beloved

Next we came upon a field of hormonal suasion, aura given each thing and every thing by its impending end. Late light’s verna- cular angels congregated, motes caught in front of the setting sun. Lone Coast lay far to the west, way west of all the pine and all the kudzu… Dark woods lit by a gleam at the backs of our heads, what might’ve been a speck of coal burning, em- ber all there was of what was fire oth- erwise. A low-grade star we came to see it as. My shoulder popped as if I reached for it, cartilage and gristle what there was to it of all there was to it, a wariness come as if to roost… We stood pat, advocates of the oc- cluded, something seen in a face but a phantom, alterity’s traffic it seemed notwith- standing, the charade visibility was. I walked in the dark, as did we all, bitten by the anima mun- di’s eyetooth, whatsaid affliction Safronia warned us of. Our low-grade star was what was left of the sandalwood cone Zvia lit, aromatic waft we drew pictures from, eked-out amenity, such as it was, at large in the dark, gnostic intima- tion only flared nostrils knew… So it unfolded or be- gan to unfold, borderline uric musk of neroli another demoted star. So it unfolded or began to un- fold, aromatic wood • The wood of the world rose up our noses, re- trograde star in the dark. One would know her by her tracks and by only the most fleeting glimpse one had heard her say or heard it said such had been her boast. One might know her by her perfume carried on the air one had also heard her say or heard it said such had been her boast, one might put one’s nose to the small of her back, the aroma there, where one’s tongue had been, the lone amen- ity left. So went the song of the scent of the beloved we’d heard without listening, the dark woods where not listening left us, a lesson to be gotten there… So went the far side of the song of the scent of the belov- ed gone beyond itself, beyond retrieval and as well beyond relinquishment. We stood listening at last. The song of the scent of the beloved pervaded the woods we stood in. It wasn’t the scent but the song, the scent lost in listening, scent so missed we’d’ve better, not lis- tening, been lost   ___________________ Zvia snuffed out an incense cone and began to draw with its charcoal tip, a celestial con- vergence of scenario and scent, rearisen star. The contours of her beloved’s buttocks came up first on the pad she drew on, ass-cleft redo- lent of recondite fade, smudge more emotive than line, what stopped where… What it was was actions were more gesture than action, rit- ual than story. Story had come before and might come again were the alignments right, moot albeit that would be where smudge was what e- moted, what mat- tered • Could it be the woods were our beloved I was wondering, the lungs of the planet Huff taught us to think of them as, could it be to breathe was to partake of their bouquet, rustic though it was, an attar as of yore, looked at so. To look was to listen and see, scent be- yond hearing but heard, so surrounded we were, synaesthetes of a kind and at the same time not. No one sensory mode sufficed. No one sense was enough. Such were the terms of the beloved, we were to infer, of the woods we were in or whose woods we were in, what dif- ference, were there one, not much. To be was not to have was the beloved’s lesson, waft a reminder one had what one wasn’t, aromatic whiff never to be held on to, realm of the fleeting gift, fugitive scent… So many were now stepping off the planet we wondered who’d be next, which of us it might be, the woods, which were the ar- ray of the beloved, raiment bearing the scent of the beloved, breathing not a word. Could it be the song of the scent of the beloved, we wondered, had bid the world of the body goodbye. “All too intangi- ble,” Ahdja complained, “an aerial tangency, a tease.” She was deep into the cups we had come to know thinking to be, choral aside inside choral aside, never not close upon lament, close as a lover’s neck and bosom’s close aromas, intimacy come to naught. “A strain or a wrinkle in the air,” she went on, “a striving, an urgency, at best…” Her voice faded, the woods’ covert accoutrement, long without a way to be made whole   ____________________ The woods were the beloved’s boudoir, rough and ready perfume the waft worn as cover, see- thru scent what cover where there was none. In the house of congress the woods also were we were congregants, intent on a quorum of the whole, fragment precluded, it all kept holding tight… “Such as we were, we were such,” Itamar would say later, dry heat suffusing the woods, moist earth underfoot. Nub’s new landlord had put out a boun- ty on every leaf, every needle. Not a tree we walked by didn’t tremble, lamblike the breath of the beloved gone forth ____________________ The song of the scent of the beloved was a song we could hear without listening, a song that when listening we couldn’t hear… Song and scent were the same, taken in without undue attention, the beloved neither gesture nor ac- tion quite reached… They were a raspy intake of air that was all haptic, a low, extended intake, breathless intake, an ingested gulp, no diaphragm, were they a dance no floor

Nathaniel Mackey is the author of numerous books and chapbooks of poetry, most recently Double Trio (New Directions, 2021), a boxed set of three books. A new chapbook, Birds Anonymous, is forthcoming from Verve Books this year.

Poetry
As:
“the light of beginning which hasn’t yet been / in rivers of letters running through words”
Peter Cole
Poetry
Hinotama
“The women were coyotes / in the early hours of night // blood already forming / on their teeth”
Brandon Shimoda