The surprising origins of Yom Kippur’s kappores and tashlikh rituals. 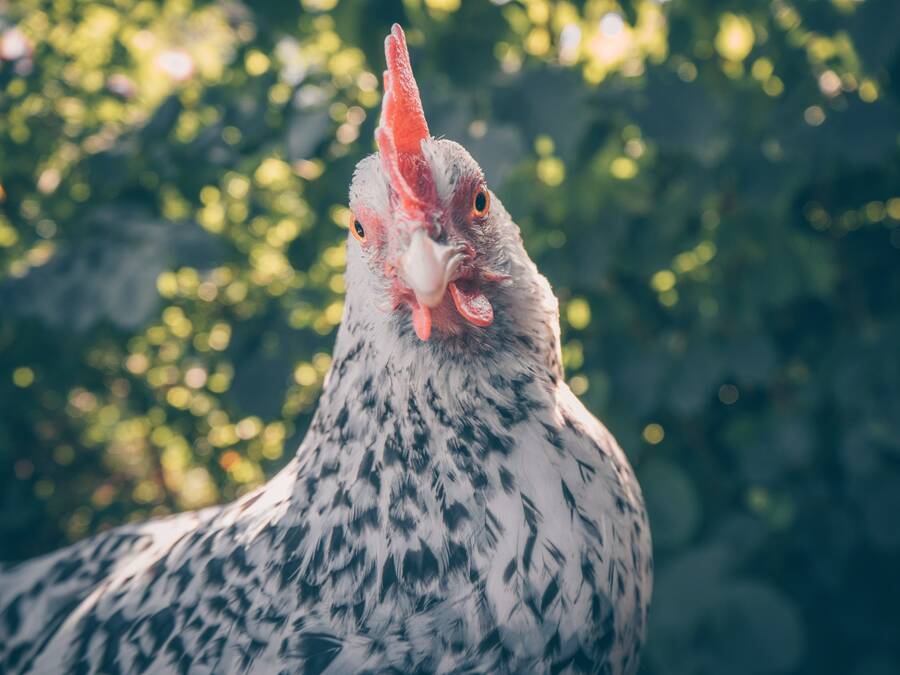 TODAY, ON THE EVE of Yom Kippur, many Jews around the world practice kappores, the ritual expiation of sins. The tradition, roughly speaking, is to wave a chicken seven times about one’s head, therein transferring our guilt to the chicken, saying, “This atones me; this in exchange for me; this replaces me” before slaughtering it (and often using it for pre-fast soup). Throughout history, there have been a few notable nay-sayers to this time-honored tradition: Maimonides; Sholem Aleichem; medieval Christian antisemites; contemporary, rationalist Jews who are like, WT Actual F is this?; and—let’s not forget—the chickens themselves.

The sad plight of the sacrificial fowl is immortally dramatized in Sholem Aleichem’s 1903 short story, Kappores, in which the chickens organize and (spoiler alert!) successfully stage a strike to end the practice. During the penultimate negotiations between the bourgeois householders of the shtetl and the proletariat chickens, the householders insist, “Mir zenen dokh epes yiddn, mir muzn dokh shlogn kappores!” “We’re Jews, after all—we simply have to do kappores!”

The householders, flummoxed, can only answer, “Vu se shteyt geshribn? . . . S’iz an alter minhag fun kadmoynim. Modne oyfes zent ir!” “Where’s it written? Well . . . It’s an old custom, from the beginning of time. You all are some weird chickens!” [Translation my own.]

So where is it written, after all? On Shabbes Shuvah (the “Sabbath of Return,” sandwiched in between Rosh Hashanah and Yom Kippur), I heard Rabbi Gavriel Bellino of the 6th St. Community Synagogue in Manhattan teach about the origins of the kappores practice. The earliest sources we have attesting to a High Holidays practice of ritually sacrificing chickens date to the Gaonic period in 9th-11th century Babylonia. This was a home-based, diasporic innovation apparently riffing off  the Temple-centered practices of sin offerings and the Azazel scapegoat offering.

But that’s not the end—or rather, not the beginning—of this story. There’s an alternative, earthy, animal-friendly practice called parpisa, mentioned over three centuries earlier in the Babylonian Talmud, though only by name. Rashi, the medieval commentator, explains what it means:

Parpisa: a perforated pot that they would sew with seeds. And in the Gaonic Responsa I have found that they make wrappers out of palm, and fill them with earth and manure. And 22 or 15 days before Rosh Hashanah [i.e. when the moon is half-full or full], everyone constructs one of these for each young boy or girl in their home. They sew them with Egyptian beans or other kinds of beans or peas, and they call it a ‘parpisa,’ and the parpisa sprouts. And the day before Rosh Hashanah everyone takes their parpisa and rotates it around their head seven times, saying, ‘This one for this one, this in exchange for me, this replaces me’ and then throws the basket into the water (Rashi on B. Talmud, Tractate Shabes, 81b) [my adaptation of Rabbi Bellino’s translation].

Can you see it in your mind’s eye? The day before Rosh Hashanah: the Euphrates River is lined with throngs of Jewish children, waving hand-woven beanpots over their heads, uttering an identical incantation, challenging each other to see how far from the river’s banks they can throw their pot, whooping with glee as they watch them bob down the current, knowing that their sins would soon be devoured by the demons that dwelled within the river’s waters . . .

And back to the revolutionary chickens: it looks like there’s some merit to their kappores challenge. “Vu shteyt dos geshribn?” “Where’s it written?”, they asked. If Rashi’s description is correct, given that parpisa is mentioned in writing centuries earlier than kappores was, it’s possible that parpisa represents the Late Antique origins of the contemporary kappores ritual. (Notable too that parpisa may be the root of the contemporary tashlikh ritual as well, in which Jews throw bread crumbs into the river on Rosh Hashanah to expiate sins.) It’s also possible that they were simply parallel rituals originating from the Gaonic period. Either way, we have a fertile resource for a weird, beautiful, earthy expiation ritual for us to do today on the banks of our own rivers, rooted in our innovative, diasporic past.

Where Sholem Aleichem imagined the elimination of the kappores custom, concluding his story “Oys kapores!” “Goodbye, kapores!” in atonement for the chickens’ suffering, we might instead perform a different kind of atonement. Not a repudiation, but a replacement. We might say, “This one for this one!” Parpisa for kappores!

Jonah S. Boyarin is a writer, anti-racist educator, Yiddish translator, and born-and-raised New Yorker. The Jewish Week named him one of 2020’s “36 Under 36.”

Holidays
The Local Lulav
In creating our diasporic lulavs, we asked ourselves what a radical, ethical practice of Sukkot looks like in our various homes.
Rakia Sky Brown, Gabi Kirk, Noah Rubin-Blose, and Miriam Saperstein