“Can a writer write for all men from a position of minority? Malamud’s work convinces me.” 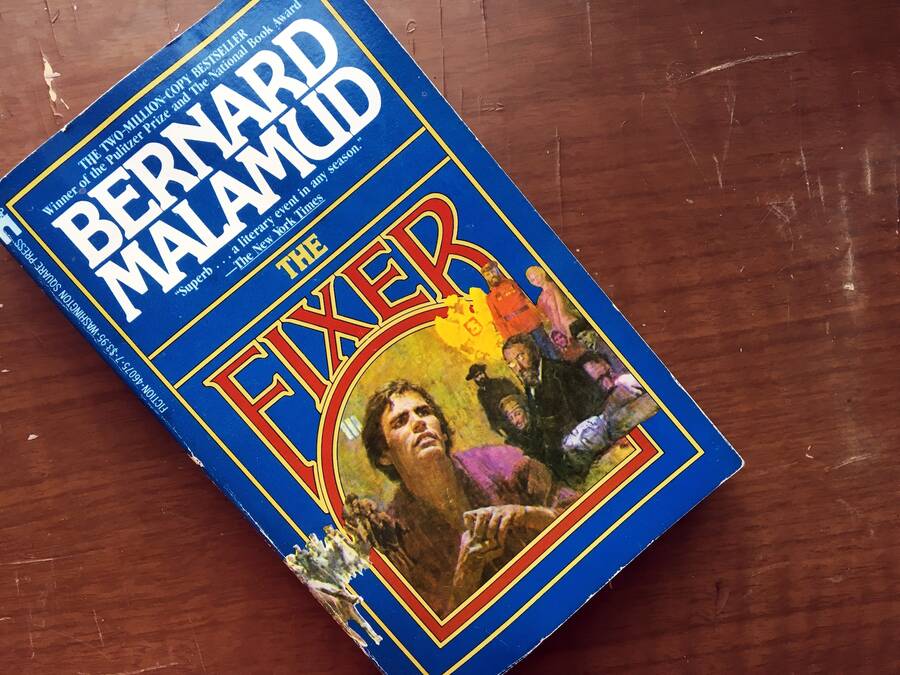 WHEN SAUL BELLOW DIED in 2005, the New York Times obituary stated: “Bellow was frequently lumped together with Philip Roth and Bernard Malamud as a Jewish-American writer, but he …[said] he had no wish to be part of the ‘Hart, Schaffner & Marx’ of American letters.” In May of 2018, when Philip Roth died, the Times wrote: “Mr. Roth was the last of the great white males: the triumvirate of writers—Saul Bellow and John Updike were the others—who towered over American letters in the second half of the 20th century.”

What happened, between 2005 and 2017, to drop Malamud from this company? In the mass of coverage of Roth after his death, I saw nearly no mention of Malamud, despite the pair’s direct literary affiliation (the character of E.I. Lonoff in Roth’s The Ghostwriter, the first Zuckerman book, is modeled on Malamud, Roth’s surrogate literary father). Malamud and Bellow were direct contemporaries—Malamud born one year before Bellow—and Malamud won nearly the amount of literary prizes for his work that Roth did (Pulitzer prize winner for The Fixer in 1967, five-time nominee and two-time winner of the National Book Award). But he is rarely read these days, let alone considered a “great white male.”

When I was maybe 10 years old, my parents took the Books on Tape version of The Fixer out of the library for one of the many six-hour car trips my family took to our vacation house in Maine. The novel, a fictionalized version of the case of Menahem Mendel Beilis—wrongly imprisoned in Czarist Russia for the supposed ritual killing of a Christian boy—is perhaps not the most appropriate for a child, but of all the many books my parents listened to over those years, this one had me transfixed; when we stopped the car, I asked my father for the title. It was 15 years until I read the novel again, curious if it would affect me as an adult as it had as a girl. Over all those years I remembered only one image: a man and his battered horse, standing on a desolate road. When I finally read the novel, I was stunned to find that the horse comes and goes from the book by page 30, and only occupies a few paragraphs. It was an important lesson for me as a writer, to see that what had stayed with me so powerfully was evoked in such light strokes.

My child’s focus on the downtrodden horse is perhaps easily explained—I was a sensitive girl in love with animals—but as an adult I could see that the horse is central to the book, just not in the way I expected. Malamud injects that horse, given to Yakov Bok (the fixer) by his father-in-law in the opening pages for him to ride out of the shtetl, with all the pathos of the novel’s fictional world; for the brief time they are together, Yakov and the horse are constantly parallel (“The horse spread its hind legs and spattered a yellow stream on the road. Yakov urinated on some brown ferns”). Not for nothing is the horse described the last time we see him, as Yakov pulls away from him in a boat and leaves him tied up on the shore, as looking “like an old Jew.”

It is tempting to theorize about why Malamud’s reputation has been eclipsed: he wrote in an old-world vernacular, he was focused on big capital-letter themes (Morality, Fate, Faith, Freedom), his characters and situations were often symbolic in nature. He also wrote nearly exclusively about Jews, using them as his symbols. “I write about Jews,” he said, “because I know them. But more importantly, I write about them because the Jews are absolutely the very stuff of drama.” Jewish history, in his view, makes one of the most dramatic (and easily transferable) palates of all time: “Every man is a Jew though he may not know it,” he once said. “The Jewish drama is prototypic, a symbol of the fight for existence in the highest possible human terms. It is the primal problem of man trying to escape the tragedy of the past.” Can a writer write for all men from a position of minority? I wonder this when I read Malamud’s work, and he convinces me.

MALAMUD’S JEWS are downtrodden and poor, they are repressed and persecuted and generally suffering from circumstances beyond their control. They are frequently heroic, but only in the way that average men are heroic; theirs are triumphs of the soul—triumphs of feeling over repression—rather than triumphs of will or valor. The fixer is a classic example of a Malamud character, challenged to maintain his humanity while living out his days in a prison cell. Morris Bober, in the novel The Assistant, is an aging Jewish refugee grocer in 1950s Brooklyn who faces destitution as his customers abandon him for more modern shops; at the start of the novel, he is mugged and left for dead. The creature in Malamud’s short story “Talking Horse” doesn’t know if he is a man trapped inside of a horse “or a horse that talks like a man”—regardless, he lives enslaved to a master named Goldberg, himself a deaf mute.

Malamud’s worlds are often sad ones, but his characters don’t wallow in their condition; it is merely the state of their lives. He wrote about ordinary people, and he did not shy away from the realities of their struggles. This is one of the foremost reasons to read Malamud and, if you are a writer, to look to him for inspiration: he looks life right in the face. Take, for example, this quote from the short story “Take Pity”:

“How did he die?” Davidov spoke impatiently. “Say in one word.”
“From what he died?—he died, that’s all.”
“Answer, please, this question.”
“Broke in him something. That’s how.”
“Broke what?”
“Broke what breaks.”

His short story “Angel Levine” is a good one to illustrate some general Malamud-ian moves. The main character is a previously well-off tailor named Manischevitz who has lost everything nearly overnight—his business to a fire, his son to the war, his daughter to “a lout” she married, his own health to debilitating pain. His beloved wife lies dying, and he curses his fate (Malamud characters are often cursing their fate) and prays for help from God. The next day, he is visited by an African American man from Harlem who claims he is a Jewish angel named Alexander Levine. All Manischevitz needs to do to receive the help he so desperately wants is to believe that Levine is in fact the angel he claims to be.

In this story and others, Malamud explores questions of faith, showing it to be much more complicated than simple religious practice. Manischevitz wanders the streets of Harlem, confronting his own preconceptions—a cabaret bar becomes a synagogue, and he sees the same suffering in the world of black men as in his own. “Believe, do not, yes, no, yes, no. The pointer pointed to yes, to between yes and no, to no, not it was yes. He sighed. It moved but one still had to make a choice.” Ultimately he declares Levine an angel, and his wife is indeed cured. “The world is full of Jews,” he declares to her triumphantly at the end of the story.

The story’s conclusion may not be easy for contemporary readers, as the Jewish lens and the insistence on Jewish terms for non-Jewish characters can certainly seem ethnocentric. As well, the binaries between black and Jewish culture are in no way simple, and the story might be accused of essentializing both in a way that feels uncomfortable. But I read the conclusion in the way I imagine Manischevitz means it, as both a statement of unity and a celebration of diversity; all of us suffer, Malamud says, and all of us have the capacity for triumph of spirit, for faith in life, which is what will save us. His is an eerily appropriate philosophy for the culture in which we find ourselves today. “I am quite tired,” he said upon accepting the 1959 National Book Award for The Magic Barrel, “of the colossally deceitful devaluation of man in this day; for whatever explanation: that life is cheap amid a prevalence of wars; or because we are drugged by totalitarian successes into a sneaking belief in their dehumanizing process.” All of Malamud’s best work—from The Fixer, about the triumph of the individual spirit against the backdrop of a cold and impenetrable totalitarian system, to perhaps my favorite short story “Talking Horse,” where the man eventually breaks free from the horse’s body to become “a free centaur”—offers resistance to this dehumanization. His legacy, for those who inherited it, not only Roth and other “great white males” but others of us as well, is to grapple with and against these “totalitarian successes” and to carry on this resistance.

It seems to me that our present moment is a good one to revisit Malamud’s work, a good time to reexamine big themes of Fate and Freedom, and the question of whether and how the work of faith and imagination can save us. Using the Jew as his symbol, Malamud gives us again and again the universal human condition—not always elevated, but always within reach of the potential for transcendence.

Nellie Hermann is the author of two novels, The Cure for Grief and The Season of Migration. She is Creative Director of The Program in Narrative Medicine at Columbia University and is currently a fellow at The Institute for Ideas and Imagination in Paris, France.