“You can spit in the soup.” 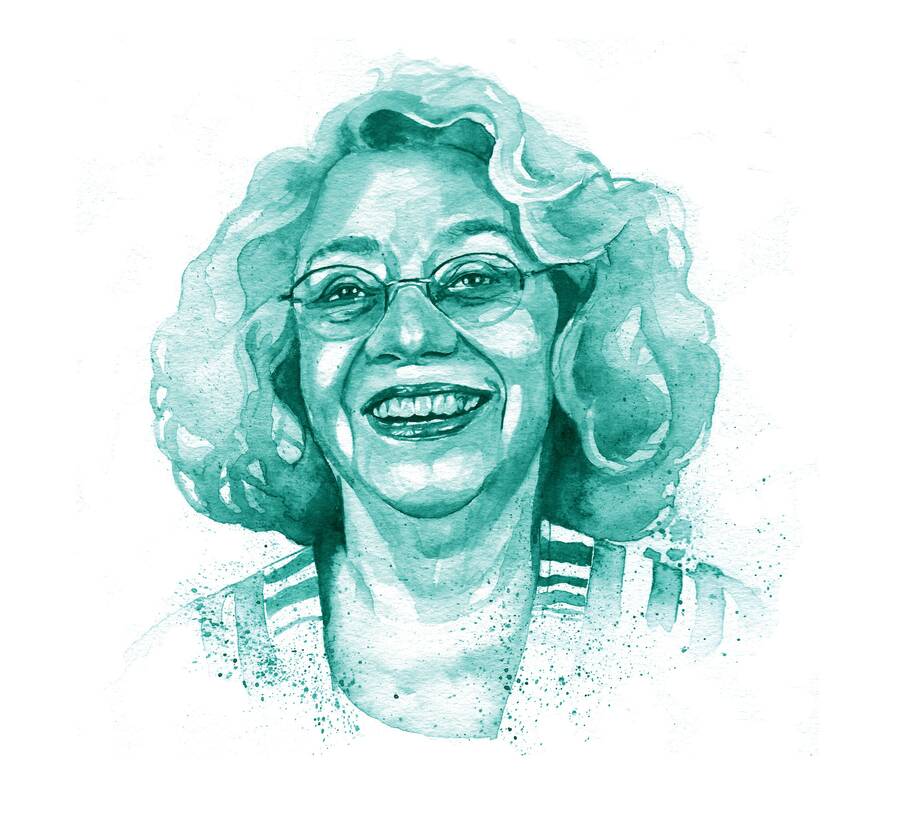 This interview with Dorothy Zellner is the first in our new series called Office Hours, featuring interviews of movement elders by younger activists.

Dorothy Zellner is an 81-year-old civil rights veteran and longtime Jewish Currents contributor. I first met Dottie in the New York office of Jewish Voice for Peace, where she volunteers and where I was a staff member. Born in New York, Dottie first went to the South in 1960 to participate in a summer program run by the Congress of Racial Equality (CORE). She stayed in the South for over 20 years, working on sit-ins, Freedom Summer, and voter registration with the Student Nonviolent Coordinating Committee (SNCC).

My mother’s family were Jews in Mississippi going back five generations. Like many Southern Jews, they emigrated from Germany before the Civil War. They were peddlers who opened dry goods stores and became successful businesspeople. I’ve always felt that the narrative common in liberal Jewish spaces about the critical role played by Jews in the civil rights movement was incomplete and overly self-congratulatory. Most Southern Jews I know, including my family, tried their best to stay as far away from the political and social upheaval of the time as they possibly could. I wanted to talk to Dottie about her experience with Southern Jews during the civil rights era and her perspective on the current political moment. This interview has been edited for length and clarity.

Naomi Dann: Did you interact with the Southern Jewish community while you were in the South in the early ’60s?

Dorothy Zellner: Most of us in the civil rights move­ment were from ­New York. I tried to contact the Jewish community in New Orleans in 1960, and the rabbi threw me out of the office. This was Rabbi Julian Feibelman at Temple Sinai on St. Charles Avenue. The Black community had asked me to go see him because they were getting ready to do the first lunch counter sit-in in New Orleans, at the Woolworths on Canal Street. I think I was one of two white people who was involved. The other was a local guy who wasn’t Jewish. And they asked me to go to Loyola to see the priest and the rabbi. I went to the priest first, and he was gracious: “Of course we will help, just let us know what they want us to do.” The Catholics had integrated the Catholic schools already.

So then I went to the rabbi, and of course I expected the same treatment, and he was horrible. He couldn’t wait for me to get out. I don’t remember his exact words, but what he conveyed was, “Well, you know, we are vulnerable and we are insecure, and we can’t possibly take a position like this.” Then he asked me to leave. This was about two weeks before the public schools were going to be integrated. Everybody thought that because the housing was less restricted in New Orleans that things would go relatively well. So the entire world was amazed when they actually integrated the schools and all hell broke loose there.

Anyway, I was beyond shocked by the rabbi’s response to me. I felt like, “What?! Are you telling me that you of all people, that we of all people, cannot help, when people ask us for help?” Of all people who should know—as I said, this was 15 years after World War II, when we valued all our allies. And somebody asked us to be an ally, but, oh, we can’t do it because we’re too nervous. I was totally shocked. But it was fear.

ND: Was he explicit about what the fear was?

DZ: Well, when I went to see him it was about two years after a synagogue had been bombed in Atlanta, so he didn’t need to explain anything to me. But there was another way of handling it. There was a way to say, you know, we are in a difficult situation here, the Klan hates us also, so we can’t do anything openly, but here’s a check, or if somebody gets hurt, we know a good doctor. But none of that. It was 60 years ago, but here I am agitated.

ND: Did the recent shooting in Pittsburgh change how you feel about the danger of the political moment now, for Jews or for anyone?

DZ: It doesn’t feel different because 11 Jews were killed. I went into a downward spiral when nine black people were killed in a church in Charleston. To me it feels very much the same. Now the incidents of antisemitism do seem to have increased. But I’m not really surprised. It has always been there. For the moment, I don’t feel in any jeopardy as a Jew. Of course, I don’t go to synagogue, and maybe some of the synagogue-goers feel differently. But I don’t think we are in the direct line of fire right now. I think black people are in the direct line of fire.

Trump has Jews around him. And if anybody is naïve enough to think that is going to protect us, they’ve got another think coming. Because when his supporters finally realize that they have been hoodwinked, who do you think they are going to blame? That’s when the real antisemitism is going to start. When it falls apart, which it is going to do, they will blame the Jews.

ND: What gives you hope?

DZ: Without sounding too Pollyannaish about it, I am strengthened by two things. One thing is that there really is a tremendous amount of resistance against this administration. I take heart in that. The other thing I take heart in is the past. If people want to look for an example in our country of heroism, of courage, and of somehow staying together, they don’t have far to look. I take heart in the example of the Black community. Maybe only a small portion of millions of slaves ran away, but as they say, the ones who stayed spit in the soup. And that’s what you do, you spit in the soup. As people have done across human history, we can survive with our views intact, and we can fight back. Two weeks before the sit-ins started in 1960, if you had asked someone whether such a thing was about to happen, they would have said no. It was many seeds that were planted that sprouted at the same time.

ND: I worry that the marches today are nice but not enough. That we aren’t throwing sand in the gears in the way we need to. Are there tactics we aren’t using, risks we aren’t taking, that we need to?

DZ: They [the administration] don’t think they are “nice,” I would challenge you on that. The fact that millions of people have been out in the streets is definitely sand in the gears. Where would we be now if there hadn’t been those demonstrations? But I totally agree, there are risks we aren’t taking. I’m grounded in knowing what we can do. I feel that, since I have seen it with my own eyes.

A lot of civil rights veterans had two experiences that have not been replicated yet in the current generation: First of all, we saw that ordinary, everyday people were capable of the most unpredicted, pure heroism. We actually saw people grow and change right in front of our eyes. So we know that people can do this. And second, we were lucky enough to experience for a while what it is actually like to be part of multiracial organizing. One thing that is needed for this organizing is trust. When white people—which includes white Jews—prove by their actions that they are willing to sacrifice, as opposed to talking about it in abstractions, then more multiracial coalitions can be built. I think in the end we are smarter than they are. I’m just sad that I won’t be around to see a lot of this. Because this may take a long time—it’s not going to happen overnight.

ND: What do you think we can do to sustain ourselves, to keep up the urgency and risk-taking that we will need?

DZ: Well, I can’t talk about what sustains other people, but what sustains me is our history. Oral tradition sustained the Black community for 400 years. And until the Jews became white, that was our history too. Every revolt we ever had, we cherished, and we told our children about it. There is another example that people can look to right now, and that is Palestine: the idea of sumud, “steadfastness,” existence as resistance. Just by staying where they are, they will win. You can stay and you can spit in the soup.

Conversation
‘We Are Always Met With Violence’: Gaza’s March of Return At One Year
Activist Jehad Abusalim reflects on Gaza’s 2018 protests.
Naomi Dann
Review
A Palestinian Filmmaker Asks: What Do Fathers and Sons Owe Each Other?
In Annemarie Jacir’s Wajib, a family considers what it means to build a life.
Naomi Dann
Sign up for our email newsletter, featuring exclusive original content
Short on time?
Sign up for our weekly Monday roundup of everything you missed in Jewish Currents last week.