Muslim applicants to the Nonprofit Security Grant Program, which has long funneled money to Jewish organizations, express concerns about pressure to collaborate with law enforcement. 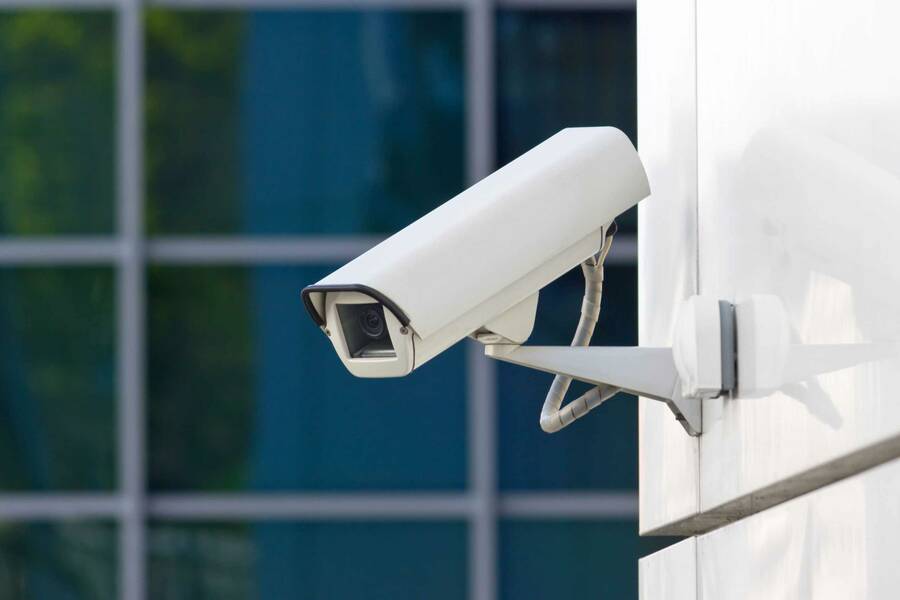 IN 2019, the Council on American-Islamic Relations (CAIR), a national Muslim civil rights organization, was looking to make its Washington, DC, headquarters less vulnerable to violent attacks. Over the past decade, they’d received frequent threats from domestic white supremacists and Islamophobes, as well as from international terrorist organizations like ISIS. To cover the costs of fortifying their building and installing security cameras, they applied to the federal Nonprofit Security Grant Program (NSGP), a source of funds for nonprofit and religious organizations facing security threats, administered by the Federal Emergency Management Agency (FEMA). The government sent them $100,000.

In March 2020, however, the organization noticed that the Trump administration had changed the language in the grant guidelines. FEMA, which is run by the Department of Homeland Security (DHS), would now be encouraging grant recipients to engage in “information and intelligence sharing” with local and federal law enforcement, while “looking for recipients to remove barriers to cooperation with DHS and other federal enforcement agencies.” CAIR worried that the program might become an opportunity for the government to increase state surveillance of Muslim organizations under the guise of protecting them. (This dynamic has played out in counterterrorism programs, such as the controversial Countering Violent Extremism [CVE] program, recently reinvented as Targeted Violence and Terrorism Prevention [TVTP], which has almost exclusively targeted Muslims.) The grant had also been updated to note that potential awardees would be screened using US intelligence reports. CAIR worried that this might mean that applicants would be checked against the Terrorism Screening Database, which civil rights groups have long argued discriminates against Muslims and includes many people with no connection to terrorist activity.

The language “raises major concerns for communities who have been targeted by the government,” CAIR National Research and Advocacy Director Abbas Barzegar said in a press release at the time, urging Muslim organizations to be cautious in applying for the grant program. He added that the langauge could have implications for non-Muslims facing state repression, too: “Imagine a house of worship that serves as a sanctuary site for undocumented communities being offered security on the condition it cooperates with ICE.”

When the 2021 grant guidelines were published at the end of February, they once again included the language to which CAIR had objected. “If you’re a Muslim community member, the language is off-putting,” said Robert McCaw, director of CAIR’s government affairs department, in an interview with Jewish Currents this month. “We’d like to correct it. We do believe that Muslims can benefit from this program, and we just want them to weigh all risks and concerns.”

Even before the Trump-era changes, the security grant program had never been designed with the particular needs of Muslim communities in mind. The program was created in 2005, largely as a result of lobbying by Jewish groups, including the Jewish Federations of North America (JFNA)—then known as the United Jewish Communities—and the Orthodox Union. Thanks to consistent Jewish lobbying efforts and a robust Jewish infrastructure for coaching organizations on applying for grants, the majority of funds have always been funneled toward synagogues and Jewish community organizations—institutions with few hesitations about collaboration with law enforcement agencies, which typically do not single out American Jews for surveillance in the same ways they target Muslims or undocumented immigrants. Under pressure from CAIR, FEMA clarified this month in an updated FAQ that grant recipients would not be required to engage in “intelligence sharing”—but the agency did not dispel the civil rights group’s concerns about the use of the terrorism database to screen applicants. These concerns over the grant, and the absence of outcry from Jewish organizations, indicate how a program shaped by the Jewish community fails to meet the needs of other minority groups, who are often targets of the security state rather than its beneficiaries.

THE NONPROFIT SECURITY GRANT PROGRAM has attracted scrutiny throughout its history for distributing the large majority of its budget to Jewish organizations, usually for security improvements like new gates, additional lights, and shatterproof windows. A February 2021 analysis by the Newlines Institute for Strategy and Policy found that between 2008 and 2020, Jewish organizations were awarded a total of $170.3 million in NSGP funds, while Christian groups were granted $13.9 million (with an additional $2.8 million going to specifically African American churches), and Muslim organizations received just $3 million. In 2010, a Forward investigation described the program as the effort of a “small community” to “create and maintain a government program tailored specifically for its needs and catering almost exclusively to its members.”

In recent years, other faith groups and nonprofits have begun receiving a greater proportion of the grants—in 2020, 60% of the available $90 million of grant funding went to Jewish organizations, according to eJewish Philanthropy, compared to as much as 81% in 2011. In an attempt to broaden access, JFNA has begun holding trainings to help other faith groups improve their grant applications, including hosting a joint webinar with the US Council of Muslim Organizations in February. A diverse coalition of groups has also come together to advocate for the program: Last October, JFNA and the Orthodox Union signed a joint letter with the US Council of Muslim Organizations, several Christian denominational groups, and the Sikh Council for Interfaith Relations, asking that more money be allocated for grants. The lobbying effort resulted in Congress apportioning $180 million to the program for 2021, twice the previous year’s funding.

“We are thrilled that more vulnerable groups are able to apply for this grant because the rising attacks require a strong partnership with [the] government,” said Rebecca Dinar, associate vice president for strategic marketing and communications for JFNA. “We think NSGP is incredibly important and that all at-risk communities should have access to the funds.”

Still, the program’s emphasis on Jewish groups has persisted. In a December letter advocating increased funding for the program, several senators—including Kirsten Gillibrand, Rob Portman, and Gary Peters—said that domestic and racist extremists constituted a “lethal threat to faith-based communities” in general, but argued that the Jewish community is “particularly” at risk. The senators cited the FBI’s hate crime statistics, which have described the Jewish community as the top target of religious-based hate crimes for 23 years in a row. But this is a dubious statement, given the incomplete nature of the FBI’s database; as ProPublica found in a 2017 series, only a miniscule percentage of all hate crimes are reported to the FBI every year.

Whether or not the Jewish community is at greater risk than other faith groups, its leaders acknowledge that they often pursue close, cooperative relationships with law enforcement. Concerns about surveillance have “never been a question in the Jewish community,” said David Pollock, the director of safety and security at the Jewish Community Relations Council of New York, who advises Jewish organizations on applying for security grants. “One of our jobs is to promote positive relationships between local law enforcement, federal law enforcement, and the Jewish community.” Pollock pushed back on the idea that the Trump-era grant requirements could expose Muslim groups to surveillance, or mandate their collaboration with law enforcement, saying that he interpreted the grant language as encouraging, but not requiring, such cooperation. “FEMA has never in any way shape or form required intelligence sharing,” he said.

For Muslim groups, however, applying for grants raises a host of concerns about the risks involved in working with the same government department—DHS—that has targeted their communities through surveillance programs like CVE and TVTP. CAIR’s strategy has been to push FEMA to clarify whether groups that receive a grant will also be required to participate in the department’s surveillance programs. This strategy has been successful: After conversations with CAIR, FEMA updated its FAQ on March 19th, clarifying that the program would include no “requirements” for intelligence sharing between grant recipients and law enforcement—though it said the program does hope to “remove barriers to communication” between nonprofits and state anti-terrorism efforts.

In the wake of this change, CAIR is once again encouraging Muslim nonprofits to apply for the grants, even as it continues to oppose other DHS policies. “CAIR is going to continue to work to dismantle unacceptable government programs like CVE and TVTP,” McCaw said. At the same time, he argued, “It would not be good for the Muslim community’s interests if they fall behind in security.”

Still, McCaw noted that CAIR remains concerned about whether Muslim applicants could be denied grants based on inclusion in the Terrorism Screening Database. People listed in the database are entered without their knowledge and have no way of contesting their inclusion or ascertaining why they’ve appeared on the list, as a Virginia federal judge noted in ruling the list unconstitutional in September 2019. (The case remains ongoing as the judge, plaintiffs, and government work out how to remedy the constitutional issue.) “CAIR is encouraging any Muslim house of worship or community center that has applied for the grant and been denied to reach out to us so that we can confirm with FEMA why their application was insufficient or denied,” McCaw said.

Other Muslim organizations, however, believe that security requires turning away from state grants altogether. Fatema Ahmad, executive director of the Boston-based Muslim Justice League, which has organized against CVE programs locally and nationally, said that she discourages any use of DHS funding for safety measures. Instead, the Muslim Justice League works with local partners, including several Jewish organizations, to run workshops on alternative ways to think about safety, like training community members and their allies in de-escalation techniques. “I know a lot of our folks are worried about our security and safety, but we still really encourage [finding] community-based ways to think about safety rather than relying on DHS grants,” she said. Accepting a grant from DHS allows the agency to “say that they’re supporting the community while they’re the same ones who are harassing Muslims when we try to travel, and doing everything horrific that we’ve seen at the border,” she argued. “We can’t address white supremacist violence through institutions that commit white supremacist violence.”

Nadav David, a member of Kavod, a Boston-area Jewish community organization that partners with the Muslim Justice League, said that while Jewish organizations may not feel targeted by DHS, partnering with the department can undermine their social justice work—for example, their involvement with anti-deportation and pro-immigrant rights activism. He challenged Jewish organizations, “if they’re going to work with the Department of Homeland Security, to advocate for [CVE and TVTP] to be ended,” he said. “They need to take responsibility for how [DHS] is harming communities we’re supposedly in relationship with . . . There hasn’t been any acknowledgment that the same government system that’s providing them with this support is also the one detaining and deporting thousands of people.”