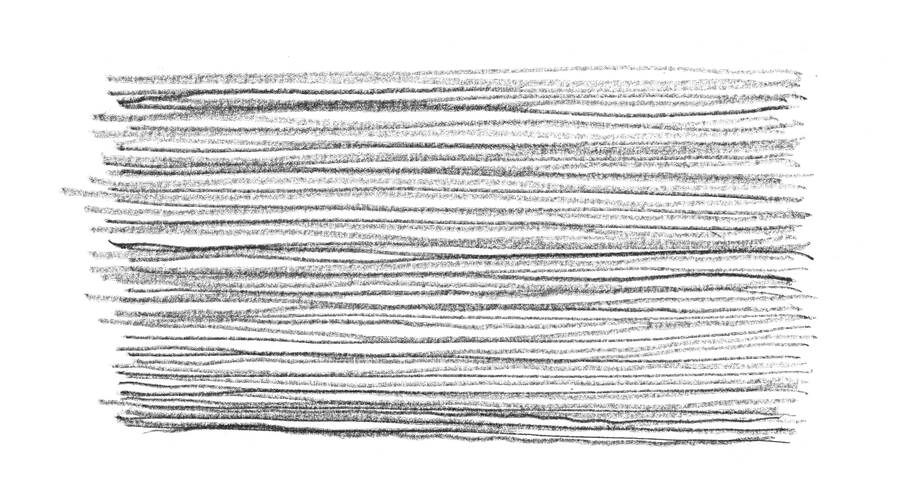 It looks to me like the name of a geopolitical obstacle that I should know. I read it aloud so that I might remember—“Die Schreibblockade”—and laugh when the unfamiliar-to-me German disassembles into the legible components of a banal idiom: schreib, blockade. Writer’s block! What in English I have dismissed as a concept and would have skimmed as a phrase has been ejected from that wasteland of the taken-for-granted. Even as the language has now resolved into meaning I believe myself to understand, I can’t shake the gravity of what I first saw: blockade. The misreading revitalizes the reading.

In fact, the opening section in this excerpt of “Die Schreibblockade”—Eugene Ostashevky’s sonnet cycle about the siege of Leningrad—seems to confirm my initial impression. The writer faces clear material obstacles: “I did not attend my grandmother’s funeral because I was too far from a visa-granting facility // I did not attend my aunt’s funeral because I was too far from a visa-granting facility.” The imprint of borders bears on the language itself. The poem draws from Russian, German, Turkish, and, mostly, English—but I hear my native language differently when I do not take its boundaries for granted. To exist in different languages is to exist in language differently. In some places, for example, sound becomes primary: “Peter eater bit a platter. / Bit a table. Bit a bit off. / Bit a pit out. Spat a stone.” But lest one cede to the senseless in favor of the sensory, sense cuts through: “He ate and ate and ate until he was nine, and then he evacuated”—and the sensory brings its own intelligence, fleshing the fullness the line describes. And though we should be wary of uplifting the power of perspectival estrangement as compensation for the violent conditions of forced movement, the blockade of one route requires the discovery of another, forging a fissure in my knowing where wonder seeps in—a reenchantment with the commitment to a world that is otherwise.

I have returned to the city of my dead.

It is the living who live there. I do not know them.

The palaces have been restored and painted in pastels.

The language has been enriched with new words, such as gastropub and restopub.

I got lost on the way from the hotel to the poetry reading.

I read poems in my acquired language, the international language of commerce, science, and now the arts.

To facilitate understanding, they were projected on a screen, one line at a time.

They were afforded the attention they would not have been accorded in their home country.

It took place near a palace where my grandmother had helped at a propaganda front to facilitate international understanding. It is now a museum of Fabergé eggs.

I did not attend my grandmother’s funeral because I was too far from a visa-granting facility.

I did not attend my aunt’s funeral because I was too far from a visa-granting facility.

The street names have been restored to their historical forms.

The park has been restored to its historical, eighteenth-century shape.

Representations of me reading were posted on social media. I received many new friend requests.

Bit a table. Bit a bit off.

Bit a pit out. Spat a stone.

He strides, peremptory as a storm cloud.

He bought artifacts, fetuses pickled in formaldehyde, on impulse. And still it wasn’t enough.

Ate the angel, ate the steeple. Ate the gentry, ate the people.

Why would you even name your son that. He forgot the name he was going to name.

Yet if not for his pack of papers we would all be lisping in English now.

A ruler is a thing of measurement, he induces the feral with a ferule.

You have been renamed Letterburg. Lately and literally.

For you are a littoral city and the river rhymes around your purse.

Those who part from you place their birthplace on the tip of the tongue, and call it their Forgettisburg address.

The deserts of your squares are speechless, the arch of your General Staff is arch.

Your prospects are ladders of beech, buchene Leitern, for literature is a beech, it is wood or wode.

This wood you call бук, read book, but in the mountains чинарь, makar, and the letter, буква.

Fourscore and seven years ago they were holding a conversation, the dead or die Toten.

A conversation is to be held with care, for it breaks easily.

I have broken the staff of your bread, I have broken its Buchstabe, bookstaff, and you shall eat of it with offal and cellulose.

Beech has not much rot resistance, and is spoken of as non-durable and open to attack from the ground with air support.

Places famous for their beech wood may also be famous for arts and letters, for example Weimar.

I mean to tell my story well. My story is the story of.

My story is the story of how I got to be who I am.

A story can be desultory, predatory, or exculpatory.

As for me, my story is my history. Such is my repertory.

My history is historical, hysterical, and histrionic. Such is my inventory.

If my story is my history then my history takes place in language. Or does it take plunge.

My language is your language. Please come in. Take the plunge.

My history has a depository of body tissue in it. Body tissue is studied under the Greek weaving term histos.

My history is woven of woe. If woe is its weft then whoa is its warp. It wafts on pulmonary plumage.

It has a fool, ein Tor, who minds the store. He talks torrentially but soundly. He suffers an operation and turns into a gate.

Repeating city, column after column, the pedestal rhymes with the base, cradle of Cantor.

Cradle of Cantor, the pedestal rhymes with the base, column after column, repeating city.

Ye numberless infinities, where is your witticism. Arise and speak in ribbons with punchlines. “Behold, I suffered death by banana.” “What’s a banana?”

Death by swamp water, and death by the bellowing brown river, Pasiphaë’s pacification.

Death by fire and especially death by friendly fire.

Death by state security services, because the state is always feeling insecurity that it’s not providing enough services.

Death by rationing, a rational death, when those with less food die so that those with more food may have more food.

O you numberless infinities, grown delicate with the satieties of night soil, pull yourselves together, Osiris, is the granite keeping you down.

Shall we come together in this city. We’ll meet again like lips in the syllables of its name.

Have we taken something under there. Our son.

Let’s pronounce the sound of a word or maybe denounce. A byword.

Is it a word sung by the souls of women. We’ll meet again is a song.

It emerges from their mouths like a sword. It slices open the night.

When the blue skies drive the clouds far away. We’ll meet again is a song.

Is it a sung song. Is it a sun song. You will not note the sun because.

We have buried the son in sound. That we have soundly. In a shroud.

Is he unhurt. Is he unheard in a shroud of sound. Of snow.

I have returned to the city of my dead.

It is my familiar. I command that it drown everybody.

Everybody drowns in tears. These are emotional tears, measuring a higher concentration of hormones, such as adrenocorticotropic hormone and leucine enkephalin, than basal or reflex tears.

The drowned lie around and consume fish oil, rich in omega-3 fatty acids.

It is December. In December everyone is a little bit of a Decembrist.

They follow their star in egg tempera. They back up all their contacts to cloud.

This way, if they lose contact, they just need to select the date they want to restore from, and press restore.

Then time will run in reverse, and all the dead shall come back for the restorer to be a child all over again with.

If next time you exclaim “alas,” you wish to do it in Turkish, you cry “yazık!”

If you address a dead person and get no reply, you can say “ne yazık,” which is the same as “too bad.”

You who pause on the stairs, jangling the lock chain, you watch the girls in the courtyard skipping the rope of Europe.

Are these your daughters. They address each other in German.

Your guests from the future are here. May you live to watch them grow.

Eugene Ostashevsky is finishing work on The Feeling Sonnets, a collection of poems.