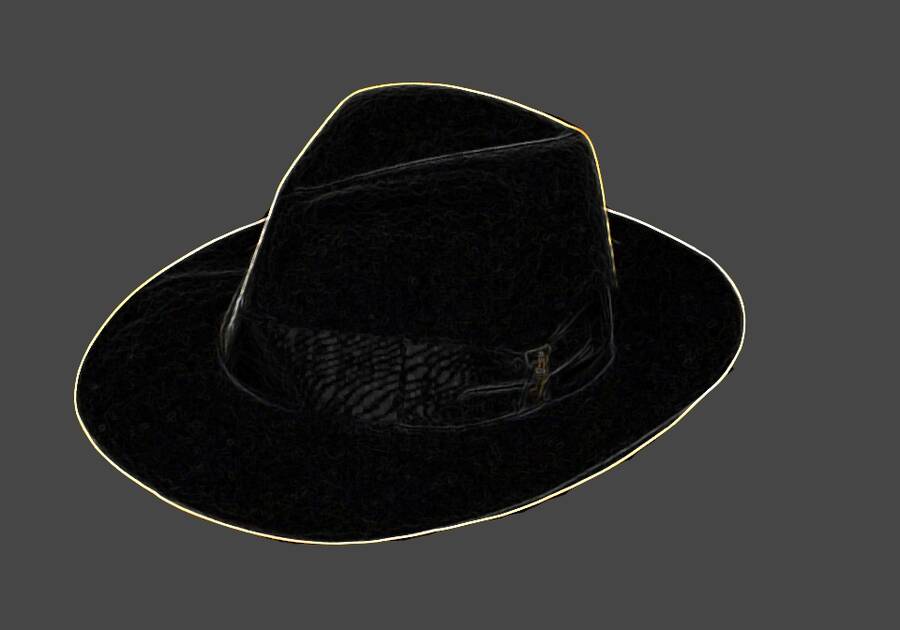 Black Hat
Mom walks around the house
in the black hat
a Lubavitcher gave me
to protect my head from secular thoughts.
My hat bobs gaily on her head,
incarnating her as a Hasidic woman
on the extreme edge
of gender confusion.
She finds in the mirror
a lighted ghost
and waves to it.
It waves back.
She turns to me
as if to say
see, there are still good people
in the world.

Proposal
He owned a candy store.
Now he offers her a ring.
If he drops it, will it be her fault?
The wetness bluing his eyes
makes her sentimental.
She tries to remember everything she knows about men.
In the Bible there was King David.
She doesn’t know how she knows that.
Maybe he does, because he is offering her a ring.
She hides her fingers.
She extends her fingers.
“Your name?” she says.

Robert Hirschfield is a New York-based poet and journalist whose work has appeared in Tablet, European Judaism, The Jerusalem Report, The Jewish Review of Books and other publications. He is currently working on a book of poems about his mother’s struggle with Alzheimer’s, in which these poems appear.