The dogpile on Ihan Omar reinforces the double-standard for women of color. 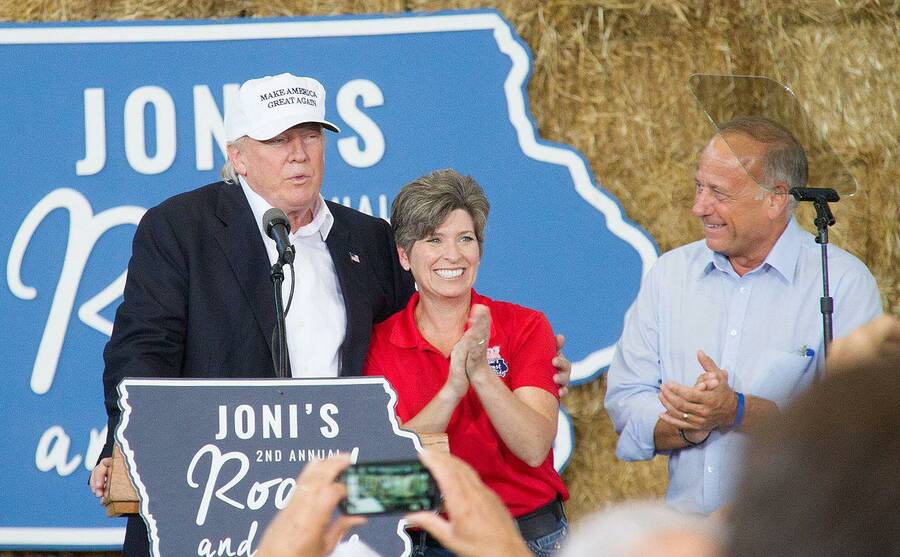 Early Monday morning, Somali-American Rep. Ilhan Omar engaged in a short Twitter exchange with Forward Opinion Editor Batya Ungar-Sargon that evoked an explosive reaction. Omar tweeted a lyric to an iconic Puff Daddy song, “It’s all about the Benjamins, baby,” referring to the political influence of the powerful pro-Israel lobby, AIPAC. The subsequent tidal wave of backlash directed at Omar has made it clear that this particular racist tactic—excessive criticism and censuring of a person of color who advocates for Palestinian rights, on the grounds of antisemitism—has become a tried-and-true weapon of the right. It isn’t going anywhere because it’s extremely effective.

To be clear, I’m not condemning those who were offended by Omar’s remarks; in addition to being flippant and politically ill-advised, her tweet, intentionally or not, did raise the familiar specter of Jewish money and influence. But what Omar received in turn was a wave of bad-faith dogpiling—calls for her to resign her committee assignments, and even her position in Congress, from political figures who’ve never been shy about associating with open white supremacists. Even proudly declared racists like David Duke were able to draw attention by posturing sympathetically toward Omar. In response, Ungar-Sargon seemed to relish the opportunity to associate Omar with David Duke, the leader of the Klu Klux Klan.

As a black woman with family members who were lynched and terrorized by Klan members, that tweet felt like a punch in the face. It hardly needs to be said that David Duke, a preeminent white supremacist, and Ilhan Omar, a Somali refugee, are not similar, nor are they associates. To suggest otherwise is intellectually dishonest and deeply irresponsible. But perhaps most disappointingly, Ungar-Sargon’s response (and others like it) take the bait left out by Duke and his ilk, who are employing a tested white supremacist strategy of co-signing a person of color to sow chaos and disrupt unity.

We’ve seen these strategies employed against Omar, not just from David Duke, but from hypocritical politicians. After Omar was raked over the coals on Twitter, the most bigoted politicians weaponized antisemitism for their own purposes, pouncing on the opportunity to threaten a woman of color in Congress who has posed a threat to their power. Vice President Mike Pence called Omar’s use of antisemitic tropes a “disgrace,” despite the fact that he invited a Messianic “Christian” rabbi to pray for the lost lives of 11 Jews murdered by a white supremacist. None of his Republican colleagues admonished him. Rep. Kevin McCarthy, who demanded that Omar be punished for a tweet evoking tropes about Jews, money, and influence, himself tweeted about George Soros and Michael Bloomberg “buying” elections the day after a pipe bomb was sent to Soros’ house. Rep. Lee Zeldin called for Omar to be stripped of her committee assignments, but exempts himself from punishment for his open embrace of white supremacists like Steve Bannon and Sebastian Gorka. Trump’s call for Omar’s resignation is particularly laughable coming from the man who described marching Nazis as “very fine people,”, and who has presided over a terrifying increase in antisemitic and racist hate crimes, including the Tree of Life massacre.

These men simply do not care about antisemitism. They definitely don’t care about racism or anti-blackness or Islamophobia. They care about advancing their own political agenda: increasing their wealth and power no matter who suffers the cost. They fear the likes of Ilhan Omar, Rashida Tlaib, Alexandria Ocasio-Cortez, and Ayanna Pressley for precisely the reasons that these women excited so many of us when they were elected this past November: they mark a progressive shift in the Democratic party with the potential to topple GOP control of the Senate and the White House in 2020. GOP politicians and other bad-faith actors are betting on our shortsightedness, exploiting currents of anti-blackness and Islamophobia to weaken and silence their most exciting opponents.

In the fallout of this incident, some have argued that we should not defend Omar merely because she is black, but rather, we should respond to incidents of racism and antisemitism with equal force. Last night, the Forward sent an email telling readers: “Like Batya [Ungar-Sargon], all of our reporters are on the front lines of Jewish news every day, to call out and expose injustice on the left and the right. After all, if you’re only fighting anti-Semitism on one side, you’re not really fighting it.” (It’s worth noting that the subject line of the email was “Battling the new anti-Semitism,” itself an emerging trope used to portray black people as the “new faces” of antisemitism.)

Arguments like the one employed in the Forward fundraising email sound eminently rational—why wouldn’t we respond to offensive statements equally, regardless of who is making them? But this approach is devoid of the context surrounding race and American politics. It ignores the reality of the double-standard women of color—especially black Muslim women—face. We simply don’t live in a world where a woman like Omar will be treated the same as her white, non-Muslim counterparts (like Rep. Betty McCollum, another Minnesota Congresswoman who has made similar comments regarding Israeli human rights abuses without much fanfare). The world does not respond to Omar’s missteps equally and the world does not have an equal desire for women like her to be in positions of power. Omar was not treated like someone who made an insensitive comment or someone who should have included a more nuanced analysis in her tweet. She was treated like a peddler of the vilest hate speech, called on to resign by those in our government who have countenanced Rep. Steve King, a self-declared white nationalist, for over a decade.

We can dissect Omar’s tweets endlessly, write countless op-eds about their lack of nuance. But none of this erases the fundamental truth: the incessant criticism, the bad-faith dogpiling, and the calls for her resignation and censure are wrong. And it does all of us—especially women of color, Jews of color, Muslim people, and Palestinian people—a huge disservice. It can be tempting to enter the fray when we see that a popular politician has misspoken, especially if we feel that their words have caused harm. But whatever offense Omar may have caused is substantially outweighed by the cynical accusations of antisemitism by those who abide it on the right. When we join this chorus of voices, we further entrench the unequal power dynamics that weigh on women of color in politics.

Nylah Burton resides in Denver; she has bylines in The Forward, ESSENCE, and New York Magazine.

Essay
The Forward’s “Both Sides” Approach Has Failed
How an editor’s handling of the Omar controversy alienated Jews of color.
Nylah Burton
Essay
Beyond the Black-Jewish Alliance
The only way to fix the relationship is to start over.
Nylah Burton
Sign up for our email newsletter, featuring exclusive original content
Short on time?
Sign up for our weekly Monday roundup of everything you missed in Jewish Currents last week.