War in the Language of Hope 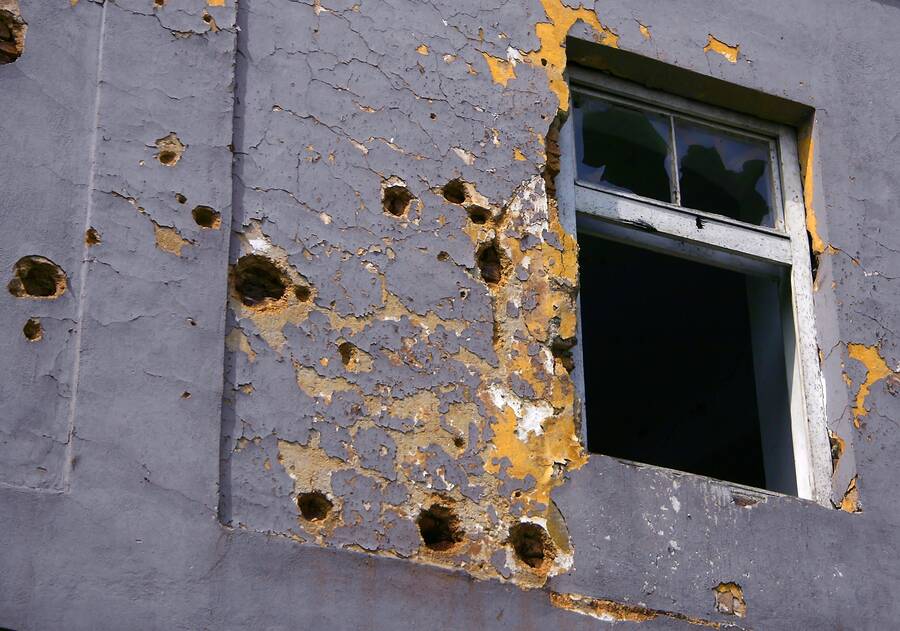 THE 20TH CENTURY’S history of bloodshed and war bequeathed to us a canon of what is often referred to as literature of testimony, or witness literature. The debates surrounding such literary production frequently involve differences of opinion regarding what witness literature ought to do, and how it must be read. But what these debates sometimes fail to take into account is the fact that such work is often produced in extreme situations, under conditions that would seem to defy the very possibility of writing. More pressing then, than the question of what literature of testimony must accomplish, is the question of how such literature is possible at all. To understand this requires that we resist the urge to prescribe a goal for witness literature, or a correct way of reading it, and instead read closely and carefully so that we may begin to discern the unique characteristics that define such literary works.

Spomenka Štimec’s Croatian War Nocturnal, a fictionalized memoir of war in the former Yugoslavia, is drawn from notes jotted down on a computer in the bathroom-turned-office in which Štimec spent much of her time during the war years. Translated from the Esperanto by Sebastian Schulman, a literary translator who works primarily with Yiddish, and whose English rendering of this novel is a work of art in its own right, Štimec’s account delivers a poignant argument against war without ever resorting to polemics. Instead, Štimec recounts in heartbreaking detail the effects of war on the daily lives of civilians. Of the mobilization of a friend and doctor, who was also a father of five, Štimec recalls how the man’s youngest child took to playing with his father’s new army boots, which were “fresh from the factory,” and “had not yet been implicated in anyone’s murder.” In less than two weeks, the man would fall victim to an ambush, dying in those very boots. Elsewhere the author tells of a woman who, forced to leave her home, “collected the glasses from which her life had been drunk.” Describing the basement-turned-bomb-shelter in her apartment building, where she sheltered during air raids, Štimec points to the “thick cobwebs” that “drooped down from the ceiling.” Through visceral descriptions and concrete imagery not of war scenes but of life in times of war, Štimec conjures for the reader a sense of what it feels like to be a civilian caught up in war, to become entangled in its cobwebs, which necessarily obscure the possibility of a future. In place of a forward gaze, those forced to endure war are compelled to look downward, to face impending death, while clinging to ever-diminishing hopes of survival.

As the critic James Wood has noted, “Literature makes us better noticers of life . . . which, in turn, makes us better readers” and writers of literature. Literature in extremis—that is, writing produced under conditions of duress—seems to further hone this quality of noticing, to heighten attention to detail, all of which is manifest in lush descriptions of everyday life in a war zone. Indeed, Štimec’s luscious prose recalls the work of another chronicler of war, the Russian-Jewish writer Isaac Babel, whose collection of stories, Red Cavalry, offers a fictionalized account of the Soviet-Polish war of 1920. The sky in Babel’s rendering is the color of “tender blood pouring from an overturned bottle,” and clean city streets are likened to a “corpse’s bald head.” Surely, these are works of testimony, examples of witness literature, but theirs is a peculiar kind of testimony. By drawing our attention to the mundane, Babel and Štimec both underscore what we risk losing, or losing sight of, in a world consumed by war. Their rich descriptions of the banalities of daily life serve also as a kind of plea for a return to the humdrum of our boring lives, to the uneventful everyday. Such literature of testimony bears witness not to the perpetration of violence per se, but to the all-encompassing nature of war as a violation of our fundamental humanity.

It matters, of course, that I read both Babel and Štimec in translation, and while I cannot speak to either the original Russian of Babel’s work, nor to Štimec’s Esperanto, these language choices themselves tell us something about the respective authors’ worldviews. Russian was Babel’s native tongue, and thus a natural choice for him, though critics have noted that his is a distinctly Judaized Russian. His work is a perfect example of the kind of writing that Gilles Deleuze and Félix Guattari, in their famous work on Franz Kafka, refer to as “minor literature”: literature produced in a “major,” or dominant, language by a minority who infuses elements of his own language, dialect, and way of thinking,  thus de-familiarizing the “major” and serving as a “revolutionary force for all literature.” Though he wrote in a “major” language—Russian—Babel was was keenly aware of his “minority” status as a Jew, something that would prove inescapable in the Soviet Union and would ultimately lead to his death.

Scholars have debated the merits of Deleuze and Guattari’s conceptualization of minor literature, the ways in which its very dependence upon a major language or literature reifies the major even as it aims to foreground the minor. Enter Esperanto, a language invented late in the 19th century by a Polish-Jewish ophthalmologist named Ludwik Zamenhof. Literally meaning “one who hopes,” Esperanto was for Zamenhof, and for a small, but dedicated group of Esperanto speakers the world over, among them Štimec herself, a language of hope, one that Zamenhof believed, and that Štimec still wants to believe, may yet bring about world peace. Esperanto has sometimes been compared to Yiddish, particularly in its modernist incarnation; both languages exist untethered to place, and both are frequently associated with revolutionary politics and experimental art. (It’s no coincidence that the novel’s translator, Schulman, is also an important Yiddish scholar and translator.) But if Yiddish still retains a strong connection to Jewish identity, Esperanto has no such allegiances and is thus, at least in theory, the more radical of these two “landless” languages, and a more fitting choice for a language tasked with eliminating war.

The irony of writing a chronicle of war in a language of peace is hardly lost on Štimec and herein lies the pathos, and the power, of Croatian War Nocturnal, which, as witness literature, reaffirms a commitment to the ever-elusive goal of achieving world peace.

Shoshana Olidort is a PhD candidate in Comparative Literature at Stanford University, focusing on constructions of identity in 20th century Jewish women’s poetry. Her work has appeared in the Los Angeles Review of Books, The Chicago Tribune, the Times Literary Supplement and The New Republic, among other publications.