“If I can’t come into the classroom ready to listen, it’s not an abolitionist space.” 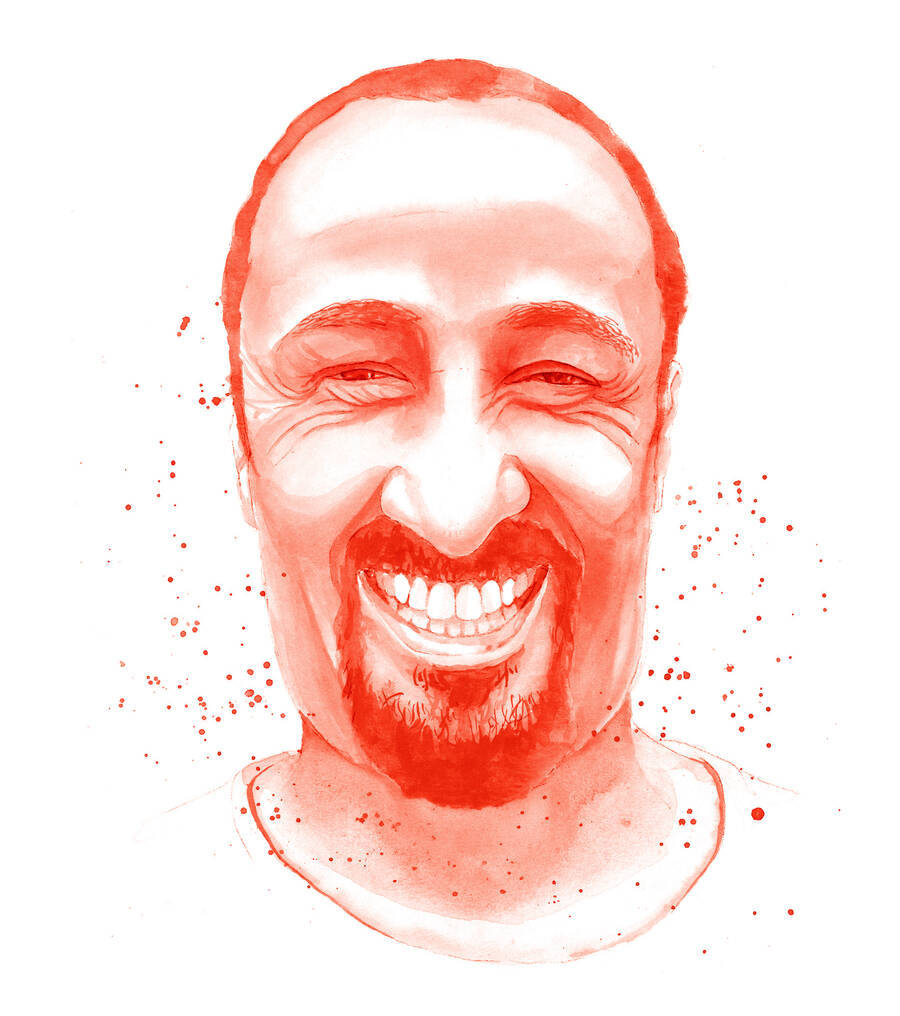 I was 14 when I met Vitaly, who was my teacher at Cleveland High School in Los Angeles’s San Fernando Valley. Vitaly (who has one name) was one of the first abolitionists and the first nonbinary person I’d ever met. They were also the first white Jewish person I encountered who seemed deeply invested in moving beyond liberalism toward the politics of collective liberation. I could feel that, even if I didn’t know what those words meant at the time. Vitaly showed a young, Black, Jewish teen like me that older white Jewish folks could be trusted and could be in the struggle with us.

In the 15 years since our meeting, Vitaly has been a mentor to me in my work as an abolitionist-feminist organizer and producer, including with Success Stories, the feminist program for incarcerated men that I founded while incarcerated. They’ve also been a teacher to several of my mentors, like Patrisse Cullors, co-founder of Black Lives Matter.

For as long as I’ve known Vitaly, they’ve been battling the Los Angeles Unified School District to make it a place where kids can actually learn, and where the purpose of school is education and enrichment, rather than socializing people to live under capitalism. Currently, Vitaly is running an alternative classroom inside a Section 8 housing development. They also conduct trainings in nonviolent conflict transformation in prisons. Vitaly and I caught up recently to talk about abolitionism in the classroom.

Richie Reseda: When you talk about your teaching history, you say you feel like you had no business calling yourself an educator in the early days. Why is that?

Vitaly: I was 21 years old, just out of undergrad. I didn’t actually study education. I studied English, philosophy, women’s studies, rhetoric, ethnic studies. I didn’t think I was capable of giving students what they needed. I didn’t have sufficient understanding of their lived cultural experience, their psycho-social-emotional experience. I was doing what I saw my mentors doing, but I wasn’t very practiced at it and I certainly didn’t have the rigorous, critical self-examination needed to call myself an educator. I knew I needed to just grow up. I needed some more training to be able to give students both what I saw they needed that I didn’t have the skills to give, and what I didn’t yet know that they needed because they didn’t feel safe enough telling me.

I listened to a lot of people in my life who were sure that I should go to law school. I had no interest in practicing law, but it sounded like a good opportunity to have some more life experience that could inform my practice as an educator.

RR: Then you founded the first direct legal service project for LGBTQ youth in the Bay Area. How did that experience help you when you went back to teaching?

RR: How do you practice abolition in your classroom?

V: Abolition is about building healthy, integrated relationships, where we can see and understand each other’s needs for what they are. It’s about asking, as a community, how do we make sure that everybody’s needs are being met? That nobody’s being pushed out? Once we have done that, and everybody’s needs are met, there is no need for prisons or police. Yes, there’s still harm that happens. But we as a community have organic mechanisms for being in relationship and holding the harm-doers in spaces where they can be self-accountable.

As an educator, I cannot walk into any classroom and pretend like I know what’s going to work. No, I have to come in ready to listen, and be willing to create a space that invites young people to open up and name their needs. If I can’t do that, then that is not an abolitionist space. That’s not a liberated space. That’s simply acting out another kind of hierarchical, oppressive system.

RR: What I really hear you saying is that in order for people’s needs to be met, they need to be listened to first.

V: Yes. And I would add: with a loving, caring heart.

RR: I appreciate that so much, Vitaly. That abolition is actually not—I don’t want to say it’s not about destroying, but it’s really about building. And it starts with listening.

V: There are not good people and bad people. There are not criminals and citizens. That’s a lie we’ve been told. I want to name that all of us do harm in our lives. And we will do it again. We’re not free of that yet. We’re still learning. And so we’re going to hurt each other. And so the question is: How do we hold ourselves accountable?

V: Yes. Though I’m not one to blame any organized religion. I’m Jewish. I identify with that lineage. I’m also very much aware that the rabbinical schools that have passed down scriptures—that have revised them, edited them, translated them—are doing that from their own vantage point. And that there are many other scriptures, many other books that we do not get to read because they’re not part of our canon.

RR: I hear you saying that Judaism didn’t give us patriarchy, that patriarchy gave us the currently canonized version of Judaism.

V: It’s just like the standardization of textbooks and tests in schools, which centers mostly white European voices, mostly middle- to upper-class voices. Who gets to publish the books? Who gets to write the books? Whose perspectives are we reading? That’s why I’m always looking for more and more perspectives. It’s about including everyone.

Richie Reseda is an abolitionist-feminist organizer and a content producer.