This Is the Important Part

Leveraging US military aid to Israel is the only serious path to peace. 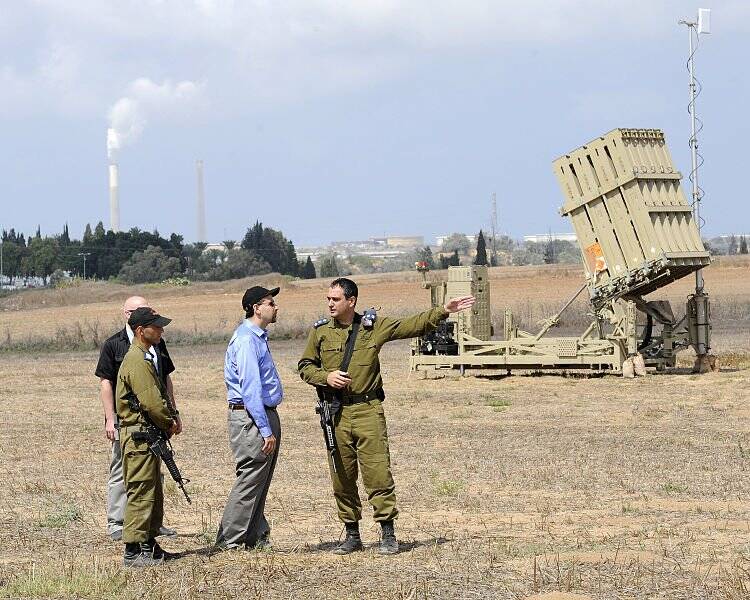 AT A TOWN HALL in New Hampshire on Tuesday, Bernie Sanders was asked by an IfNotNow activist why it mattered to him “to fight to end” the Israeli occupation of Palestinian territories. The Vermont senator and presidential candidate’s response, in which he mentioned his own Jewish heritage (a relatively recent development for Sanders, who had previously shied away from speaking in such personal terms), ended by suggesting a specific avenue for effecting change in the region: “The United States gives a whole lot of money to Israel, and I think we can leverage that money to end some of the racism that we have recently seen in Israel.”

This is the thing that really matters. Fundamentally—and regardless of all the additional damage that the Trump administration has done by relocating the US embassy to Jerusalem, slashing funding for aid workers in Palestine, and unilaterally recognizing Israel’s sovereignty over the Golan Heights—the Israeli occupation remains dependent on the longstanding, bipartisan support of the US government. Beginning this year, Washington will send $3.8 billion in military aid per annum for the next decade; according to the Congressional Research Service, the “Foriegn Military Financing” (FMF) grants embedded in this aid represents “approximately 18% of the overall Israeli defense budget.”

As the International Crisis Group analyst Nathan Thrall observed in his 2017 book, The Only Language They Understand: Forcing Compromise in Israel and Palestine, the threat of withholding US support for Israel (either diplomatically or in aid packages) was the only basis for previous Israeli concessions. Presidents Carter, Reagan, and Bush (the father) all made such threats, and had real, material gains on the ground to show for it. For instance, as Thrall wrote, if not for the Bush administration’s 1991 threat to Israel “to attend negotiations in Madrid by withholding a $10 billion loan guarantee,” the Oslo Accords (which came out of the Madrid talks) would never have been possible in the first place.

Under the initial terms set by the Oslo Accords in the early 1990s, however, Israel was able to avoid the threat of the US conditioning aid so long as they showed up at the negotiating table across from the Palestinians. Over time, as the Israel lobby’s power within Washington grew more entrenched and the Israeli government’s reluctance to trade “land for peace” rose, the failures of this approach have become evident. The carrots granted to the Israeli military—more than $60 billion in promised FMF grants over the past 20 years—came with no stick, and the Israeli occupation has persisted and deepened.

Over the course of the 2000s and early 2010s, the Bush and Obama administrations tried their own limp efforts at restarting the peace process. At least on the Democratic side, the thinking was that the US had to reassert the imperative of a “two-state solution.” According to this viewpoint, the peace process was sitting there, waiting to be resumed at any moment by Israeli and Palestinian leaders operating in good faith. All that was needed was a long enough negotiating table, and a sufficiently patient American mediator.

For most of the Democratic Party, this has been an acceptable status quo. Without compromising financial and political support from the Israel lobby, all any Democrat has had to do is profess support for a two-state solution (saying the bare minimum and doing even less comes naturally to most Democrats). J Street, which launched in 2009, saw an opportunity to hold American politicians accountable to the two-state ideal and to bring all relevant parties back to the negotiating table. This strategy proved insufficient: the most recent round of meaningful peace talks, led by Secretary of State John Kerry, imploded in 2014.

Which brings us to the present. With a progressive upswell among the Democrats, a number of candidates have begun staking out at least somewhat saner visions of US involvement in the Middle East (though none as radical as what Sanders has offered). Pete Buttigieg suggested in June that he would withhold aid for Israel should it formally annex Palestinian territory, but this was a one-off departure from his suite of more broadly pro-Israel politics. Answering a question from an IfNotNow activist on Tuesday night in Boston, Elizabeth Warren came up just short of proposing to condition aid, speaking with uncharacteristic vagueness. “I believe that what we can do best . . . is to push the current government in Israel toward negotiations for a two-state solution,” Warren said. “And [if] we get a two-state solution, it’s the end of the occupation.”

What Sanders affirmed in New Hampshire on Tuesday is, at a minimum, the basis for what must come next in US policy toward Israel and Palestine. While previous administrations tolerated a “zombie” peace process—to be periodically reanimated at the whim of an ambitious but perennially outmatched State Department—there now exists an opening for a Democratic president to start getting serious. The Israel lobby’s stranglehold on Democratic politics has come undone, and Israel’s ever-increasing lurch to the right is alienating some of its previously stalwart supporters across the Atlantic.

Democrats have always had the option to do the right thing, and they have always chosen not to. But as Sanders now demonstrates, there is a way forward. It’s up to the Democrats to decide how much longer they want to keep living in the past.