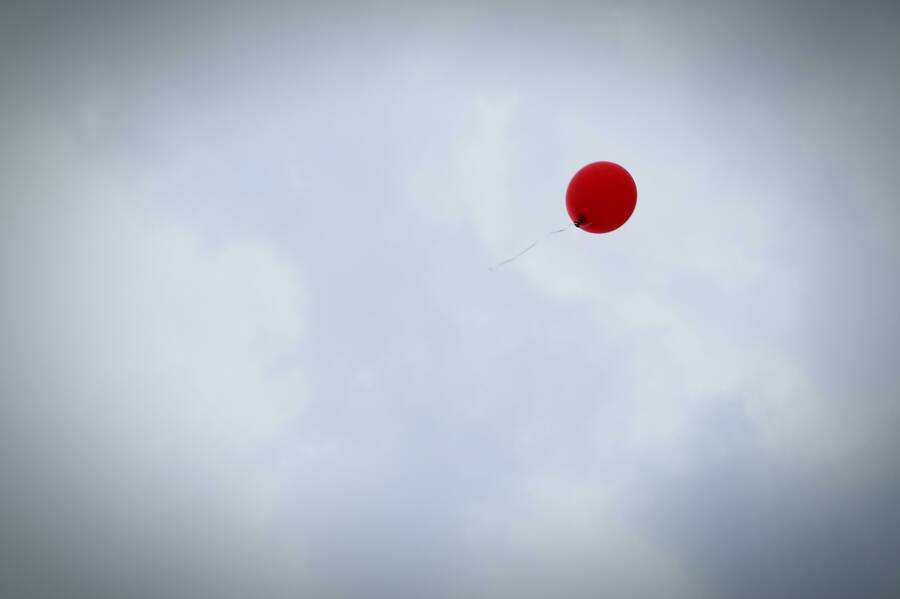 This article appears in our Summer 2022 issue.

In Camera Lucida, Roland Barthes considers the quality of a photograph that disturbs the border between image and viewer, which he calls its punctum. This disturbance can be painful—“[it] pricks me,” Barthes writes—and he ties this pain to an “incapacity to name” it: “What I can name cannot really prick me.” The punctum makes itself felt precisely because it refuses to make itself known, conveying meaning that cannot be assimilated into a familiar frame.

Jenny Xie’s poem “Red Puncta” draws out the unknowable from a print by Li Zhensheng, a photojournalist who clandestinely documented China’s Cultural Revolution, capturing images that contradicted the government propaganda of smiling revolutionaries praising Chairman Mao. The poem probes the knotty entanglements of exposure and occlusion, sociality and solitude, beginning with what the state literally obscures: “The girl’s face gets caught the shadow of a / Mao placard, so in the print, she’s the occluded / presence.” This girl stands apart from the prescribed formation, “outside of the circuit” formed by the other girls, whose “bodies conduct a current of faith.” But it is not only the grammar of the state that she evades; she also eludes the poetic enclosure of metaphor, which likewise regiments the terms of relation. In a field of fixed meaning, Xie registers an excess—something I may not have language for, but can hand to you, another way to be together. Here. 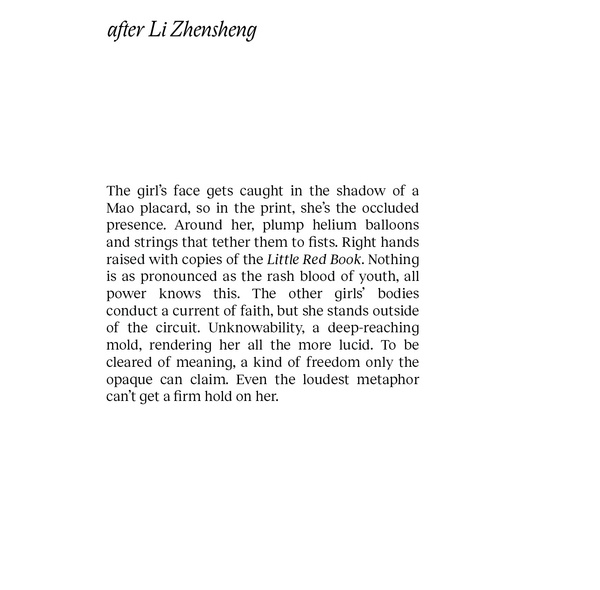 Reprinted from The Rupture Tense, published by Graywolf Press. Copyright © 2022 by Jenny Xie.

Jenny Xie is the author of Eye Level, a finalist for the National Book Award, and The Rupture Tense.