“Really See, Not From a Bus Window”

American Jews have a responsibility to visit the West Bank on an alternative trip, meet with Palestinians, and hear their stories.

AMERICANS SHOULD VISIT Palestine and Israel for the same reason, and with the same sensitivity, that they should visit US prisons: to gain insight into the devastating consequences of the policies they support with their taxes and their votes. If you were visiting a prison, you might consult a prisoners’ support group, which would offer a different perspective than the prison’s own visitor program. But for a thorough understanding, you would also need access to the prisoners.

The approach you choose is equally crucial for visiting Palestine and Israel if you really want to understand the dynamics at play. Some trips might serve your entertainment needs but would add very little to your understanding of the issues at play. This is certainly the case with Birthright, which is designed to expose American Jews only to what right-wing donors like casino magnate Sheldon Adelson want them to see and hear. These trips showcase only one side of the story and reinforce what most Jewish Americans were brought up to believe: that Israel is a model of diversity, a beacon of democracy, and a protector of Jewish values.

Instead of Birthright or similarly motivated trips, American Jews should join one of the numerous professionally-run tours offering a wider perspective on Israel and Palestine. I am a Palestinian-American, born and raised in Youngstown, Ohio, who married a Palestinian woman from Deir Ghassaneh and relocated to my father’s home and birthplace in Al-Bireh after the signing of the Oslo Peace Accords in order to work on economic development for the emerging state. Given my background, I am often asked to address foreign delegations visiting Palestine, especially Jewish delegations. I can attest firsthand that Jewish-focused groups like Encounter, Extend, and Green Olive Tours have become indispensable assets in opening Jewish minds and hearts to the reality of the Palestinian experience under occupation.

Granted, some of these alternative trips—like the recent J Street trip—still insist on providing a “balanced” perspective on a very unbalanced reality, whereas others see their role more as a corrective to the pro-Israel myths so many American Jews have been raised with. But all of these tour sponsors understand very well that Palestinians have been misrepresented, distorted, or just plain erased. All of them bring visiting groups—Jewish and non-Jewish—to meet with Palestinians and to hear their stories and directly observe the oppression they face.

Erasure of the Palestinian narrative altogether is a criminal deception engineered by the state of Israel and organizations like Birthright. Palestinians are inextricably part of the Jewish Israeli story, and vice versa. To ignore them is to remain willfully blind not only to ongoing injustices, but to the nightmarish future toward which Israel’s right-wing government is rapidly advancing.

Many Jewish visitors come to Israel already partially politically conscious and seeking to learn more, hoping for validation of their faith that one can love Israel and still oppose the occupation. But what I have witnessed again and again is that if you come and see—really see, not from a bus window, but by entering Palestinians’ reality, even if only for a brief moment—you will embrace the painful truth. You will be moved to speak out and demand that Israel be held accountable. Even now, I maintain relationships with American Jews across the political spectrum who I’ve met on these tours, and who have become motivated to learn more about the realities of military occupation, to question hasbarist (propaganda) talking points, and to speak up for Palestinian rights.

I was talking not long ago with a co-founder of a prominent organization that brings Jewish American groups to Palestine and Israel. They asked: “As American Jews witnessing the occupation, aren’t we also compelled to stand up and advocate alongside the Palestinian and Israeli human rights activists we meet here? If not, then we’re not responding responsibly to the moral urgency of the occupation.”

Jewish visitors who take a deeper look into Palestine, with an open heart and open mind, often quickly realize that what’s being done in their name is abhorrent. Palestinians are impatient for justice, and have every right to be, and many activists on the left support the BDS movement, which outlines strict guidelines for visiting Israel. But we have an opportunity to educate Jewish visitors to the reality of our struggle, and to awaken them to the moral urgency of joining it—and by doing so, we are already effectively shifting the discourse around the occupation of Palestine in meaningful ways. 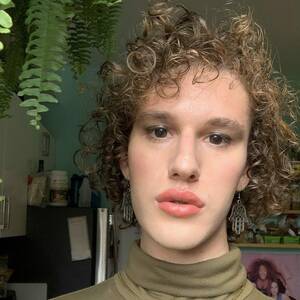 Sam Bahour is a Palestinian-American business consultant from Ramallah/Al-Bireh in the West Bank. He is co-editor of Homeland: Oral Histories of Palestine and Palestinians (1994) and blogs at ePalestine.com.