On Avoiding the New Foreclosure Crisis 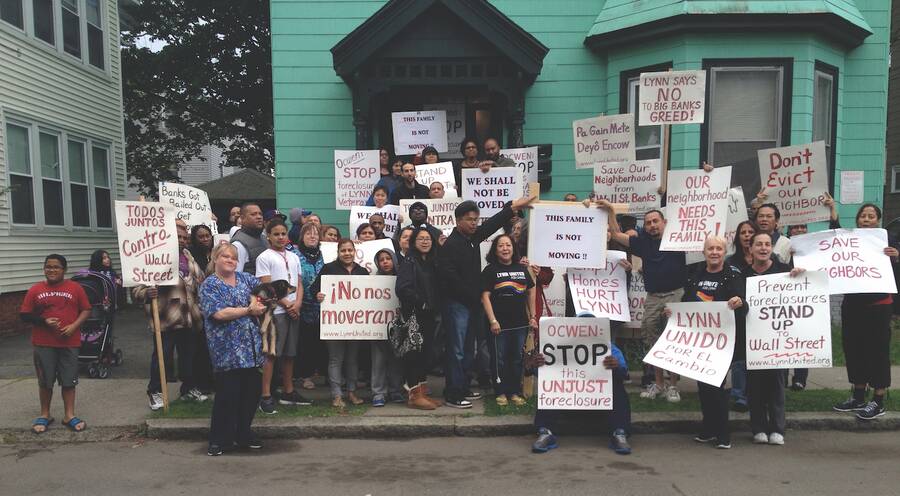 A 2014 anti-foreclosure protest in Lynn, MA. Photo courtesy of Lynn United for Change.

IN APRIL, as the pandemic hit its peak in New York, I watched a real estate webcast targeted at small investors who might see the current crisis as an opportunity. As a growing number of tenants across the country fell behind on their rent, the panel of real estate brokers and lawyers discussed the possibility that many rental buildings will soon fail financially—and that investors will then be able to scoop up these buildings or their debt at a discount.

Over the following months, this prediction has reverberated through the real estate industry and the financial press, reaching first-time investors and multinational firms alike. By May, private equity firms had already built a $328 billion war chest to buy distressed apartment buildings, office parks, and hotels. The guiding philosophy among opportunistic real estate investors large and small boils down to this: Buy up buildings or their mortgages cheaply now, in order to profit off them once the real estate market recovers.

This investment strategy echoes one that many real estate firms employed after the most recent mortgage crisis, sometimes with the federal government’s assistance. For example, when the market was awash with empty, foreclosed homes in the years following 2008, the government created a pilot program for large investors to easily purchase such homes from Fannie Mae and turn them into rentals. There was a special perversity to this program: As Alana Semuels pointed out in The Atlantic in 2019, many of the firms encouraged to buy foreclosed properties had played an important role in the 2008 crash to begin with by heavily betting on the unsustainable subprime mortgage market they had helped shape.

The government’s intervention helped shore up a new class of investors turned corporate landlords overseeing massive portfolios of single-family rentals: Between 2011 and 2017, they bought over 200,000 homes in neighborhoods hit hard by the mortgage crisis. Far from stabilizing neighborhoods, these landlords have become notorious for generating large profits by deferring maintenance, hiking up rents, and systematizing evictions.

This dynamic played out in majority-renter cities like New York, too. In the lead-up to the foreclosure crisis in these cities, large investors aggressively entered the rental market, buying hundreds of thousands of units from local landlords and driving up property values to astronomical heights. As rents skyrocketed and conditions declined in some of these buildings, tenants raised an alarm. But state and local governments were largely unwilling to challenge the investors’ risky practices, because of  both the real estate industry’s sizable contributions to political campaigns and a consensus that rising property values were unequivocally good for urban fiscal health. After the market crashed, some of the same corporate landlords continued to purchase large apartment complexes—now at fire sale prices, and sometimes with major subsidies from the city. Smaller landlords embraced similar speculative practices. An analysis of recent housing finance trends in the Bronx by the University Neighborhood Housing Program found that the borough’s landlords took on larger and larger mortgages as their buildings’ value grew, meaning that landlords made massive profits up front by overloading their buildings with debt.

These widely-embraced investment strategies are often devastating to tenants. Because a building’s value is tied to its potential for future rental income, the escalating mortgages landlords take out to turn a profit are often predicated on hopes for gentrification, or maintenance and service cuts. In order to justify a bigger mortgage, a landlord has to illustrate to a lender that the building will become more profitable in the future. Landlords can generate more profit by spending less money on building operations, or finding ways to extract more rent from each individual apartment—often through tenant displacement. Neighborhoods hit hard by speculative investment today are often the same ones that have served as sites of wealth extraction through multiple waves of exclusion and predatory inclusion, like redlining and subprime lending. Today, they are home to Black and Latinx New Yorkers bearing the disproportionate health and economic impacts of the pandemic.

Now, hundreds of thousands of tenants are out of work and unable to make rent at the same time that many older buildings in low-income neighborhoods are operating on thin margins and overloaded with debt because of their landlords’ speculative behavior. As rent payments fall, landlords will be unable to make their inflated mortgage payments, sending buildings into foreclosure. This will allow large investors, who are eagerly anticipating this moment, to swoop in and buy up the buildings or their debt, setting off another speculative cycle—one that promises to be even larger and more painful than in 2008, coming in the wake of a once-in-a-century public health emergency.

To fight post-pandemic real estate speculation, we must create a social housing sector that is de-commodified, racially integrated, and democratically controlled by its residents. To do that, we’ll need to stop what happened after the 2008 crash from happening again, in part by pressuring the government—at the federal, state, and local levels—to obstruct, rather than facilitate, the expansion of rampant real estate speculation that wreaks havoc on tenants and homeowners.

One way state and local governments can do this is by deploying their taxation and regulatory powers. Taxation isn’t just useful for raising revenue; it can also curb real estate speculation by making it less profitable. As proposed in the Homes Guarantee platform—a plan for safe, accessible, sustainable, and permanently affordable housing for everyone living in the US developed by the organizing group People’s Action—governments can tax house-flipping, warehousing, and land value appreciation to make it more difficult for investors to quickly buy and sell properties, to hold land and buildings vacant, or to profit off of neighborhood change. Governments can also tax out-of-state or all-cash transactions, and limit business done by LLCs, to curb absentee and corporate landlords.

At the same time, governments can encourage the growth of a robust social housing sector by using their ability to regulate the housing market to give tenants power over real estate transactions that impact their homes. For example, the Rent and Mortgage Cancellation Act—introduced by Rep. Ilhan Omar back in April—would require landlords to provide notice when their properties go up for sale, and would establish an affordable housing acquisition fund. Cities and states can create their own acquisition funds, and give tenants the right of first refusal when their buildings go into foreclosure or up for sale; this is the goal of the Moms 4 Housing Tenant Opportunity to Purchase Act, a policy proposal put forth by Oakland City Councilmember Nikki Fortunato Bas. The Act was named in honor of the inspiring group that recently occupied a vacant foreclosed home owned by a corporate landlord and successfully negotiated its transfer to the Oakland Community Land Trust.

With any type of complex policy, questions of who pays and who benefits are worked through during the messy and long-term implementation process. This cannot be left to either the private or the public sector; social movements must be involved at every step. To break the speculative cycle, we have to pressure governments to prioritize the interests of tenants, homeowners, and unhoused people over investors looking to profit off of our homes and neighborhoods. 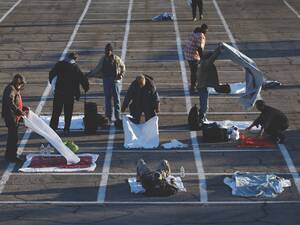 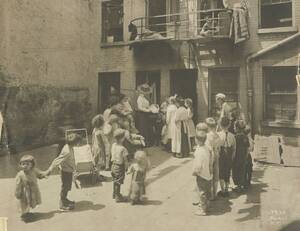 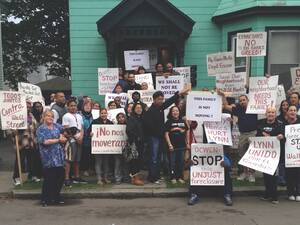 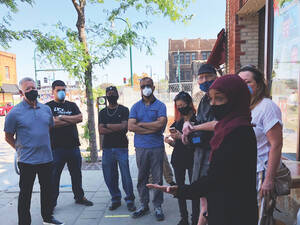 Oksana Mironova is a writer and researcher who was born in the former Soviet Union and grew up in Brooklyn. She writes about cities, urban planning, housing, and public space.

Roundtable
On Homes for All
In the short term, we need to cancel rent and mortgages. In the longer term, we need to decommodify housing.
Ilhan Omar
Roundtable
On Preventing Pandemic Displacement
We must improve the housing that helps illness spread—without displacing the people who live there.
Samuel Stein

Conversation
Immigrants From a Place That No Longer Exists
A conversation between post-Soviet millennial Jews on the left
Editors' Note
We Need New Stories of Post-Soviet Jews
A letter from the issue committee
Julia Alekseyeva, Tova Benjamin, Oksana Mironova, and Sasha Senderovich
Sign up for our email newsletter, featuring exclusive original content
Short on time?
Sign up for our weekly Monday roundup of everything you missed in Jewish Currents last week.