“If we want to heal the world, we have to be aware of our own grief.” 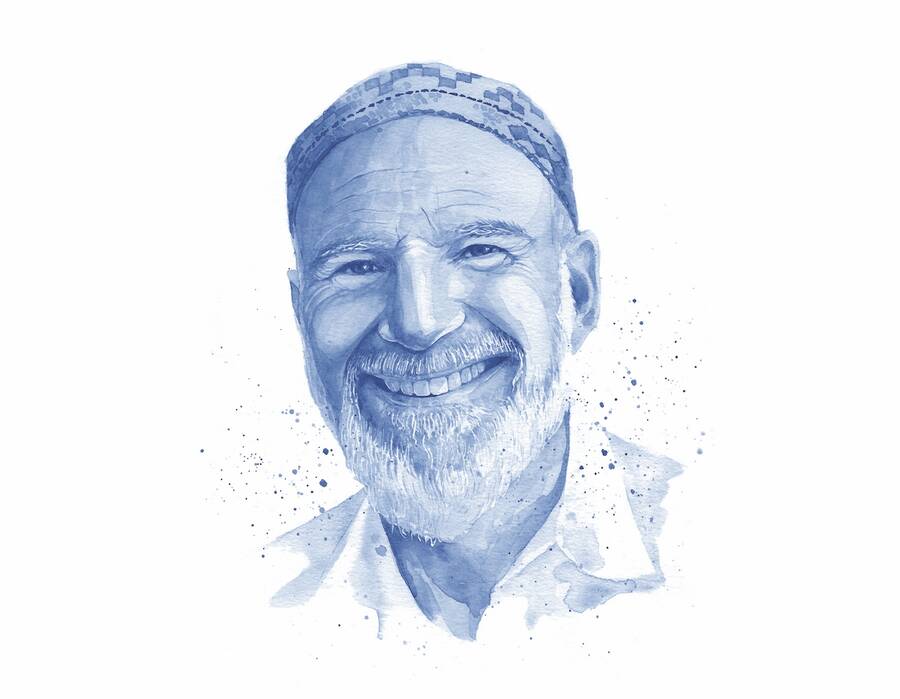 I first met Rabbi Mordechai Liebling in 2014. I was in rabbinical school, and had just started a job with the rabbinic human rights organization T’ruah. At the time, I was recruiting rabbis to come to Ferguson, outside my home city of St. Louis, to stand with the emergent Black Lives Matter movement in the wake of the police murder of an unarmed black teenager named Michael Brown. Though I hadn’t yet taken a class with Mordechai, I was motivated to attend rabbinical school largely due to a department he founded for social justice organizing at the Reconstructionist Rabbinical College—the first of its kind. I approached him to ask if he’d join us in Ferguson in just two weeks, during Sukkot. “Sure,” he said, “I think I can do that.”

As I began to learn over the course of that trip to Ferguson, Mordechai is a bridge builder, between generations and between radical camps. The child of Holocaust survivors, he came of age in a changing Brooklyn roiling with racial tension and violence, and his organizing has been deeply influenced by what he learned growing up in communities shaped by loss, grief, and sometimes hope. Get to know him well enough and you might hear about his time in Cornell’s Students for a Democratic Society chapter, where he and other members once formed a physical barricade between the Black Panthers occupying the student center and, as he put it, the “white frat guys outside with baseball bats who were ready to smash heads.” But Mordechai never leads with these stories. In fact, he’s often the quietest person at the rally.

That is, until someone hands him the megaphone and asks him to speak (he always waits for the invitation). Often he will invoke his Holocaust heritage in a way that inspires radical vision rather than a sense of fear and isolation. He will conjure a bridge and ask us to cross it with him, to have faith we can reach a better future. More than once, after he has handed me back the megaphone, he has turned to me, earnestly asking, “How was that? Was that what you were hoping for?” It always is.

Sarah Barasch: People are talking more and more in social justice movements about understanding trauma so we can organize better. Can you reflect on both the usefulness and the risks involved with bringing a trauma framework into our organizing?

Mordechai Liebling: I’ve been thinking most about the trauma of moral injury, which I’ve learned about from the writing of Rita Nakashima Brock. Moral injury is when you perpetrate or witness or somehow collude in an act that offends your own moral sensibilities. It also applies when somebody in a position of leadership or authority does something that offends your moral sensibilities. I think the concept pertains to the whole country right now: there are many people who have suffered moral injury because of the statements and actions of Donald Trump. Or, if you think of people who are serious conservatives, people who are strongly anti-choice, they experience moral injury in a society that condones abortion. One of the symptoms of moral injury is rage, uncontrolled rage. Another is isolation. Another can be depression. We are, unfortunately, in a political situation where tens of millions of people are feeling rage and isolation. That makes for a dangerously polarized society.

Activists have to have an understanding of our own trauma, including moral injury, as well as a recognition of the trauma or moral injury of those we disagree with. That will improve the quality and effectiveness of our activism, so that when we act, we don’t act from that place of rage. Certainly there’s a place for anger in motivating people and in helping form actions. But decisions about what to do should not be made from a place of anger, because it’s not a winning strategy.

SB: I think generational tension is a real and nuanced thing, and sometimes a bit taboo to discuss. Do you think there is any wisdom or perspective inherently more common to the young or the old? Do you have dreams about what intergenerational organizing could look like?

ML: I miss the sort of physical recklessness or daring that comes with being young. My body feels a little more fragile. But I do feel wiser than I did when I was younger. I’m a more patient person now, probably a more humble person, probably willing to listen more. My heart is probably softer and more open now; I am less sure of being right. But, you know, one doesn’t become an elder by becoming older. One becomes an elder by working on oneself for a long time. And as far as I can tell, working on oneself doesn’t end. I’m 71 and still working!

My generation feels guilt about the way we are leaving the world, disappointment at our lack of ability to change it, and a responsibility to coming generations. Right now my partner Lynne [Iser] and I are very interested in the whole issue of grief. We lead workshops on the work of radical environmentalist and systems thinker Joanna Macy, which is partly about allowing yourself to feel the pain of the truth of what is happening in the world right now. Just being with the reality of that seems to be an important piece, intergenerationally. We could do powerful work with people on facing what is, and going on to organize from there.

SB: An interesting thing I’ve learned from you is how to intentionally integrate personal grief into a practice of leadership, as both an activist and a rabbi, in a way that can actually help others.

ML: I grew up totally surrounded by Holocaust survivors, my parents’ friends. Grief was part of the community. It wasn’t private, it was public. When my wife became ill with cancer—we had four young children at the time—it was very important that that was public, and that we allowed in support. I counted, and over a three-year period, I think 120 different people cooked meals for us. [Liebling’s wife, Rabbi Devorah Bartnoff Liebling, died of breast cancer in 1997.]

Joanna Macy talks about how the privatization and pathologization of grief is part of the deep illness of our culture. We’re so encouraged to compartmentalize, to isolate, to specialize. But I didn’t have that model. I had watched my parents and their friends, and how their communal holding of each other’s grief helped them to be resilient. So I didn’t turn the grief in on myself; I allowed myself to be held by a community.

All of this really weaves together in the life of an activist: If we want to try to heal the world, then we simultaneously have to be aware of our own grief. It is our wounds, oftentimes, that allow us to connect deeply with other people. Every one of us is a wounded healer.

Sarah Barasch is a racial and sexual justice activist, former rabbinical student, and professional dog handler. She was the founder and co – executive producer of the Fargesn Media Project. She is currently working on her first book of poetry and prose.