“It was no longer necessary to have one group raise the question of abortion. Abortion became a pillar of all the fronts and coalitions.” 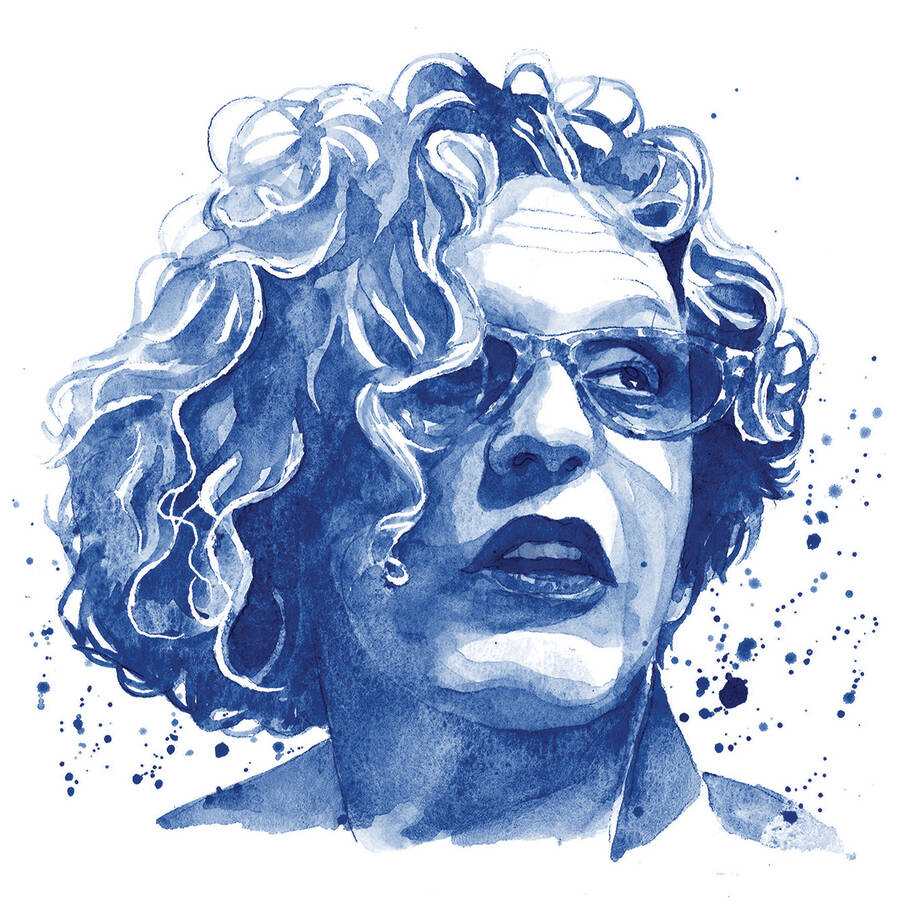 This article appears in our Summer 2022 issue.

This interview has been translated from the Spanish by Camila Valle.

In June, the constitutional right to abortion was overturned in the United States, marking a victory decades in the making for the militant right-wing anti-abortion movement. Even before the court’s official decision, lack of access to abortion was a reality in many parts of the country: In the past decade alone, almost 600 restrictions on the procedure have been enacted at the state level, including 37 such laws in 2022. People who have abortions have been arrested and charged under laws that criminalize ending a pregnancy, and more will surely face such penalties in the coming years. Despite the efforts of grassroots groups—which collect money to fund abortions, defend those prosecuted for having them, and protect clinics from right-wing assaults—the mass feminist movement led by liberal mainstays like Planned Parenthood and NARAL Pro-Choice America is in retreat.

But in other parts of the world, especially in Latin America, the trend line points the other way: Abortion was legalized in Argentina at the end of 2020 and decriminalized in Mexico and Colombia in 2021 and 2022, respectively. The movements that have achieved these victories look very different from their counterpart in the US. For one thing, they are massive, mobilizing millions on the streets across their respective regions. For another, they are openly radical in their demands, analysis, and choice of coalition partners; in Argentina, for example, activists have called for abortion to be not just legal but universally available through the public healthcare system, and have linked the issue of reproductive autonomy to campaigns for comprehensive sex education and against gender-based violence.

Mabel Bellucci was integrally involved in the Argentinian abortion movement from the 1980s until the early 2000s—an era of struggle that set the stage for the recent liberalization of the country’s abortion law. Born in 1950 in Buenos Aires, Bellucci began their life as an activist in the 1970s, working with human rights organizations opposing the country’s civic-ecclesiastic-military dictatorship and organizing with fellow feminists. In the mid-1990s, Bellucci became associated with an evolving queer feminist movement as well as trans and travesti struggles; in 1997, they helped found the first queer studies department in Latin America at the University of Buenos Aires. They have also been active in labor movements, factory occupations, and mobilizations against austerity measures imposed by both the Argentinian government and US-led financial institutions like the International Monetary Fund. Throughout, Bellucci has dedicated themself to chronicling struggles from the inside, writing movement histories and working as a columnist for the Argentinian publication Todo es Historia, or Everything Is History.

I received Belluci’s 2014 book Historia de una desobediencia: Aborto y feminismo (History of a Disobedience: Abortion and Feminism) for Christmas four years ago. As an Argentinian reproductive justice organizer in the United States, I found their account of the abortion movement in Argentina to be a stunning product of a life within the struggle—remarkable in particular for its interest in the often messy shifts, splits, reformations, and moments of unity that go into building a movement. Reading it brought to the fore the value and potential of independent feminist historiography: of history told by us and for us, consciously situated as the continuation of a long political lineage.

I spoke with Belluci about the Argentinian abortion movement’s confrontational tactics, its path to building a broad coalition, and the lessons for Argentinian feminists in the broad rollback of abortion rights in the US.

Camila Valle: What forms of feminist consciousness or organizing gave rise to the abortion movement you were part of, and what were you reacting against?

Mabel Belluci: In the 1980s and ’90s in Argentina, discussion on abortion, along with lesbianism and sex work, was often silenced. This generated a tension between the more mainstream feminist movement and both feminist abortion activists and lesbian feminists. I started having tensions with hetero-cis feminists: While my compañeras for the most part were more liberal, I was a queer activist from the traditional left.

Dora Coledesky, a militant Trotskyist and feminist activist who had been in exile during the dictatorship, was a great mentor and teacher to me. When she came back to Buenos Aires, she realized that abortion was not a demand of the feminist movement and decided in the late 1980s to found the Commission for the Right to Abortion, which was the seed for what would later become the National Campaign for the Right to Legal, Safe, and Free Abortion. She put “abortion” right in the title.

CV: One of the most remarkable things to me, as someone who organizes in the US, is the democratic popular culture in Argentina. There’s a history of assemblies, national meet-ups, organizational fronts, collective spaces for debate. This is not only a political legacy of resistance to the dictatorship, but also of resistance against globalization and the external debt, and in particular of the uprisings of 2001, which were sparked by Argentina’s economic crisis. Those mobilizations shaped the rise of the the National Campaign for the Right to Legal, Safe, and Free Abortion, which was officially established in 2005 and achieved its legislative victory in 2020. How did the broader uprisings impact the feminist movement, and how did the feminist movement shape the other erupting struggles?

MB: In the late 1990s, the Commission for the Right to Abortion and the Frente de la Democracia Avanzada [a left coalition made up of student organizations, human rights organizations, the feminist movement, the abortion movement, the queer movement, teachers, professors, and others] became more connected with HIJOS, an organization of the children of those disappeared during the dictatorship, who tended to be the most radical sector in the human rights panorama. They began to do escraches [an Argentinian term for a type of direct action that involves publicly shaming prominent figures, usually by gathering around their homes and chanting] of the repressors of the dictatorship.

I was on the Buenos Aires escrache committee. It was incredible. We would figure out where the repressors lived, go to their neighborhoods, and spend an entire month there raising awareness. We would knock on every door in the neighborhood and tell people that someone responsible for carrying out the brutalities of the dictatorship lived there. There were flyers, pamphlets, information everywhere in the community, so everyone knew. After this period of building relationships and informing the public, we would announce the escrache, and the whole community would come out. We would go on bikes, in vans. It was a rare moment of militancy in human rights organizations. Most things at that point were about talking to the state, but this was street action that went straight to the doors of those responsible.

CV: It sounds like a carnival! Wasn’t it Lenin who said that revolutions are the festivals of the oppressed?

MB: It really was! We had so much fun. We would go out in full costume; we did it all. It wasn’t a thing of the left or of feminism, it was just celebratory people power.

CV: I’ve been thinking about the escraches a lot, because here in the US people recently tried to do a tamer and much more spontaneous version. After the Supreme Court memo leaked, people gathered around the homes of the justices who signed on to overturn Roe v. Wade, where they chalked the streets and chanted. Members of Congress have urged the criminalization of these types of protests and the prosecution of the protestors. Can you say a little about how the escraches with HIJOS were so important to the growth of the abortion movement in Argentina?

MB: As a form of collective protest, the escrache represented more than an imaginative provocation. Its modality was a “performative” staging of direct action, in which a multiplicity of cultural traditions converged. At first it had a single objective: the social condemnation of those who had not been prosecuted for their human rights violations during the dictatorship. But in a short time, the act of escrachar expanded its borders and went from being a classic expression of political rejection against the representatives of the dictatorship to being used by other groups as a method of visibility, and of denunciation. Feminist groups built and organized escraches for everything, especially to publicly discuss abortion.

By the end of the 1990s, abortion had developed a different profile thanks to the coalitions, and the collective experiences of political development, of which it was a part. Feminism and women were protagonistic. Support for abortion became more public and widespread.

CV: Where did the movement direct that growing popular support?

MB: It played out in the mass popular rebellions of December 19th and 20th, 2001, which precipitated a new phase of struggle in Argentinian society—for democracy and against traditional political parties, politicians in general, austerity, and the external debt. We started organizing all types of actions in the urban centers: Buenos Aires, La Plata, Rosario, Córdoba, Mendoza, Neuquén. The rebellion’s political character came from the piqueteros [unemployed movement], the student movement, the labor movement. We also built neighborhood assemblies that were mutual aid networks as well as political organizing spaces. We created an abortion assembly, where abortion was the focus.

But what happened with abortion in that conjuncture was that it was able to move out of its silo, its side lane, into the other assemblies and movements. The abortion movement began to activate itself in all the assemblies, establishing itself in each one. By then, it was no longer really necessary to have just one specific grouping or assembly raise the question of abortion. Abortion became a pillar of all the fronts and coalitions. It became totally integrated, thanks to the campaign itself, which made it a central part of every other issue.

CV: I think this is a really important insight: The refusal of the abortion movement to be siloed from other radical movements helped develop it from being somewhat on the fringes to being a pillar of a broad pro-democracy and human rights coalition. The other lesson, another side to this point, is how collective experiences of democratization can help bring marginalized issues like abortion to the fore, both in society more broadly and within the left in particular.

MB: Absolutely. The assemblies were very heterogenous, and the official national campaign for abortion that emerged in those years took on a national and cross-class character. The assemblies also had as a starting point that abortion was a demand that needed to be raised, without fail, just as they demanded an end to repression, discrimination, and the external debt. At that point, everything was mixing with everything: ecology, feminism, queer and trans movements, all forms of resistance.

CV: While abortion is entering a new phase of legality in Argentina, the opposite is true in the US. Any concluding thoughts about the parallels or differences between these trajectories?

MB: The experiences of countries in the Global North, especially the US, have shown us that legalization opens up its own new stage of struggle, one that will entail a fight against the strategies anti-abortion groups will develop in the coming years. In the US, we are seeing now the material and ideological effects of decades of assault on the right to abortion. There is a lesson there that we must think about in Argentina. Legalization never means that inequalities and oppressions have been abolished: A poor person choosing unwanted parenthood because they cannot or choose not to access abortion is of significant political concern to me. My hope in narrating the history of the fight for abortion as a gesture of disobedience is that we can begin tearing down the oppressive and totalitarian order as a whole.

Camila Valle is an editor, translator, writer, cruciverbalist, and member of NYC for Abortion Rights.