“Ethics are irrelevant if they’re coming for you.” 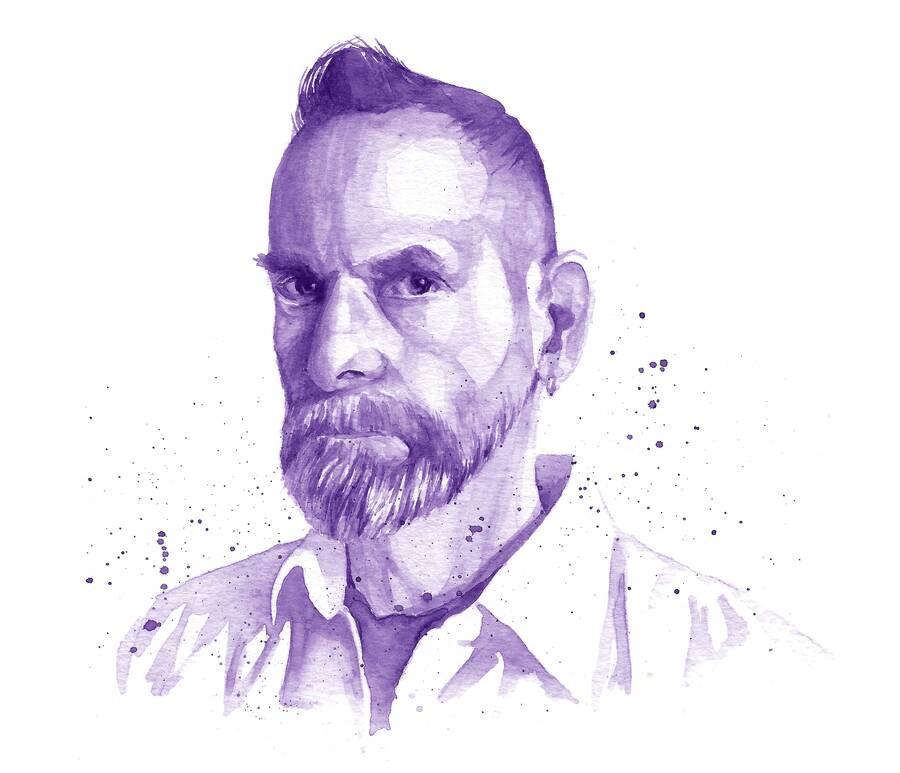 I met Avram Finkelstein in 2011 while working on the Pop-Up Museum of Queer History—a series of temporary installations in New York City, designed to make sense of queer peoplehood by reflecting on our past. Most of the artists involved were millennials or millennial-adjacent like me. Then there was Avram, who co-created the iconic “Silence=Death” poster, and had a hand in nearly every major work of agitprop to come out of the early AIDS movement.

Over years of coffee and ice cream dates, I watched Avram convert his lifetime of artistic and activist wisdom into distributable forms. He created the Flash Collective, where he guides small groups in creating visual, political interventions in public space, in the vein of transformative AIDS activist art like “Silence=Death” and “Kissing Doesn’t Kill.”

While he honed his role as a traveling agitprop doula, I read a steady flow of drafts for his book After Silence: A History of AIDS Through Its Images, which came out in 2017. It’s a history book and a memoir, but it also functions as a guide to making sense of current terrors. In those pages, I confronted a depth of mourning that I never encountered over ice cream.

Avram grew up in the wake of the Holocaust, only to tumble headfirst into a mass death experience that consumed his entire adult life. And while we often identify with each other like peers, I know that his intellect and artistic brilliance are held aloft by a pain I can never know, which has no patience for falsehood and no capacity for bullshit. So when I don’t know what to do, I turn to Avram.

Dan Fishback: What is now the time to be doing?

Avram Finkelstein: Now is the time for strategic intersectionality—for thinking about what a world beyond the presumed neutrality of whiteness and maleness might be like, which is exactly what we saw in [the outcomes of] this past midterm election. I’m not a big proponent of electoral politics, but I am a propagandist and I’m Machiavellian—I will do anything that works, anything to fight them to the death—

DF: On every plane.

AF: On every single plane. And I think that there are people who would say, “Well, how do you feel ethically about this? How do you feel ethically about that?” As a Jew, you learn that ethics are irrelevant if they’re coming for you. If they’re burning your village to the ground, ethics are not the first question that you ask. Survival is really essential.

Here’s what I’ll say about the future: I think we are headed for a better world. I could be very wrong about this, but I don’t think I am. I think what we’re seeing with Trump is the dying gasp of white power. Every single move that’s being made is to try and get us back to the world that has long gone. It’s not the world we’re headed towards, where white people and men are not going to be in control. And I think that’s a really great thing.

AF: It’s inevitable. It’s happening right in front of us, all over the world. A lot of the international movement towards nativism is a response to this [progress] in many different iterations.

AF: That doesn’t mean that we’re not in for a shitstorm.

DF: If you could change one fact about the world, what would you change?

AF: What do you mean by fact?

DF: Something that is true right now that you could make untrue.

AF: I have two. If America could acknowledge its tragic history of slavery, the original sin of North America, it would be a much better place. I think we’re in the process of that, but that doesn’t mean people won’t suffer in the process. And if I could sweep my hand and change the past, it would be the reversal of the defunding of public education.

AF: It’s the exact same thing. Of course it is.

DF: So this is related, but you know how you can be a boy who knows you’re attracted to other boys, but not know you’re gay? I think about this all the time, that it’s possible to know something is true and not know it at the same time.

DF: I grew up fully knowing that the country was founded on genocide and slavery, and also knowing that we’re not really supposed to act like that’s true.

AF: Right. If you’re white, it’s like it never happened.

AF: I think that’s true. Of course, I was raised in New York and I am white and my family moved to a town with a good school system, so I realize I’m in 20 bubbles already. I was born right after the Holocaust to Jews living in America and we watched the civil rights movement go from [nonviolent] protest to the Black Power movement, and watched the Weather Underground happen, and watched cities being burned to the ground, and watched riots in the streets, and watched Vietnam, and watched Watergate. And then the Anita Bryant question, and the AIDS crisis and the AIDS activist moments. And the evolution of our ideas about cultural production going from the white, maleness of abstract expressionism in the 50s to this very queer set of ideas that came from New York with the queer artists in the New York school, who then set the stage for pop art, which set the stage for postmodernism, which set the stage for institutional critiques. I’ve lived in a world where I’ve seen so many permutations of the same things, or trying to unravel the same things in a different way. So I probably feel more secure with the terrors of the world: the institutional violence, the hegemony, the power narratives that are reified in so many invisible ways within our Image Commons. I acknowledge these terrors as omnipresent. And as certainly as institutional power structures adapt to exert control, I believe we also need to adapt, in order to resist.

You can find an extended audio version of this interview online at Sick Day with Dan Fishback, available on iTunes.

Dan Fishback is a playwright from New York City, a member of the Jewish Voice for Peace Artist Council, director of the Helix Queer Performance Network, lead singer of the band Cheese On Bread, and host of the podcast Sick Day with Dan Fishback.