Not Another Holocaust Book 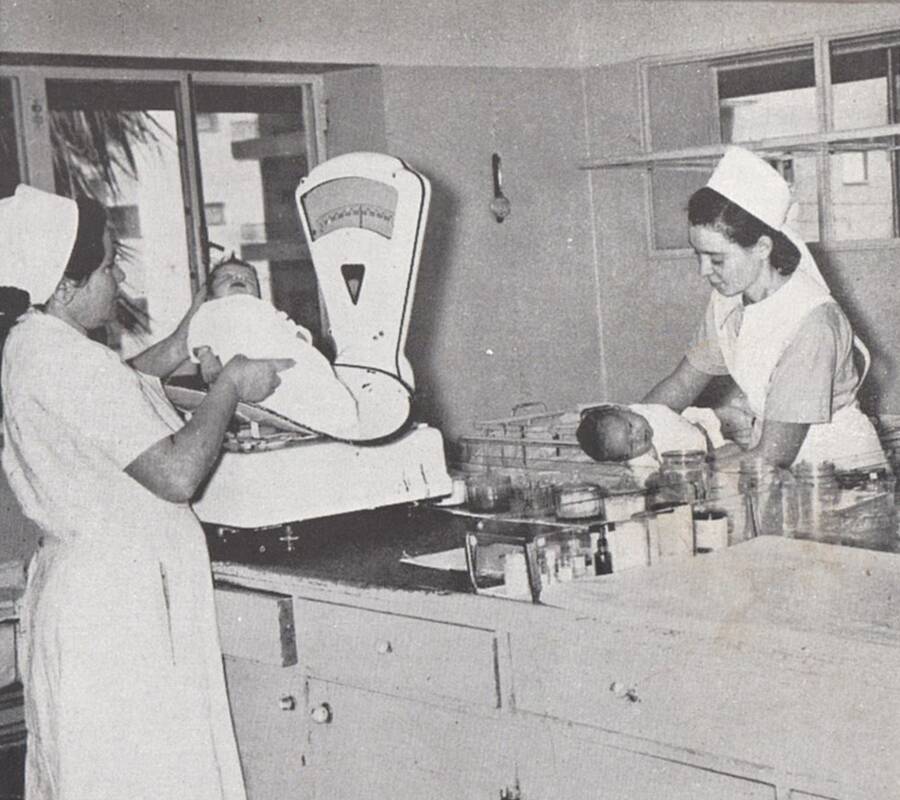 A maternity ward at a Tel Aviv hospital, between 1948 and 1951. Photo: The Israel Internet Association

“SOMEONE CURSED ME and my mother, and my mother’s mother before me . . . I have taken on the curse as my own.”

So claims the narrator of Sheila Heti’s Motherhood, a book that is, at least on its surface, about the question of whether to have a baby. Within its first few pages, though, the book announces its purpose differently: “My mother cried for forty days and forty nights. As long as I have known her, I have known her to cry . . . Once I am finished writing this book, neither one of us will ever cry again.”

The narrator’s maternal grandmother was a prisoner at Auschwitz, and—if perhaps you are reading Motherhood on a plane from Germany to Ukraine, where you’ve been studying the effects of Nazi genocide; if you happen to be reading Helen Epstein’s Children of the Holocaust simultaneously; and if you, like the narrator, happen to be the granddaughter of Eastern European Jews who lived through the war—it is difficult not to conflate the “curse” the book’s narrator seeks to undo with the legacy of the Shoah.

“No one who has been through what she went through would have wanted her family to carry this sadness on,” the narrator reflects, about the Hungarian grandmother she never met.

A Tarot reader tells her, “There’s something in you that knows how to keep walking, but something’s stopping you. And what’s stopping you is . . . grief. […] It may be that you’re porous and the grief isn’t yours. Does your mother have a grief?”

If the Nazi genocide is the source of the inherited grief that drives Heti’s book—if, in other words, Motherhood is a book written around, or about, the Shoah—then the book’s treatment of its core subject is strikingly understated. Perhaps four of its pages tell of the narrator’s grandmother’s life; perhaps 40 of its pages discuss the sadness or “curse”; the remaining 240 pages comprise a discourse, internal and external, between the narrator, her partner, friends, strangers, and the coins she tosses in a divination practice inspired by the I Ching. Reviews of the book, too, tend to mention the narrator’s history glancingly, if at all; I found only one publication that claims, in an interview with Heti, that Motherhood is “about the echoes of the Holocaust”—to which Heti responds, “Very few people talk about that aspect of the book, I don’t know why.”

The narrator connects the question of whether to have children to the Shoah just twice. First broadly:

I know that Jewish women are expected to repopulate from the losses of the Holocaust. If you don’t have children, the Nazis will have won. I have felt this. They wanted to wipe us from the earth, and we must never let them. Then how can I imagine not having children, and selfishly contribute to our dying out?

And then in the context of an incident from her grandmother’s time at Auschwitz, when she volunteered for work in a camp kitchen and was roughly refused:

Later she learned that none of the women who stepped forward to volunteer were taken to a kitchen. They were all taken to the German army, raped by the soldiers, and then shot to death.
To have grown up knowing this story, I think gave me a strange feeling of the naturalness of family lines ending, as if our family line was supposed to end there, but it managed to slip by, but barely—the way someone who has been shot might stumble forward a few more steps before collapsing dead. That is how my life has always felt to me: like those last few bloodied and hobbled steps after the bullet has pierced the body.

Scant as such references to the Shoah are, their import is magnified by the way the book gestures towards them at its beginning and end. “It’s here,” the narrator imagines telling her mother at the book’s conclusion. “On the page. Your mother’s sadness, and your sadness, and mine. Although not all of the reasons. I don’t know all of the reasons.”

Really? I thought. Does this refer to how little the narrator knows of her grandmother’s time in the camps—only two stories, she says? Or am I actually meant to believe she doesn’t see this specific history as the root of the curse, or grief, that the book means to reverse? Why must her history, the backbone of Motherhood itself, occupy such a subtle, subterranean space?

Reading Epstein in parallel, I found myself wondering if Heti’s narrator’s silence was the extension of an intergenerational cycle of repressed grief, as in the “repressed mourning” Epstein’s book names, companion to the “burden” some survivors’ children felt “to be happy in order to make up for everything that happened.” There’s power in refusing to concede that the trauma of the Nazi genocide has shaped your psychic space. And maybe it’s problematic to assume that this particular grief must overshadow a lifetime’s other griefs—that it weighs more than, say, the grief of professional disappointment, passed down from the narrator’s grandmother to her mother to her.

But, especially given Heti’s status as a widely-read, “new vanguard” voice, I can’t help but read the book’s understatement about the Shoah differently. Could it indicate—as I fear—that it’s no longer possible to draw attention to this history in a way that is not overdetermined and laden, not complicated by the sometimes-maudlin-and-therefore-unseemly, or already-familiar-and-therefore-tired keening of all those other Holocaust books? Could it be that the only way to write about the Shoah today, a generation after the publication of Epstein’s groundbreaking interviews with children of survivors, is by hardly writing about it at all?

I think of a conversation I had this fall, after telling a Jewish acquaintance that I was writing about differences in how the Shoah has been remembered inside and outside the former Soviet bloc. “Why another book about the Holocaust?” she asked. “The way Americans talk about it is perverse.”

She was referring, I think, to the way the history has been manipulated for dramatic and political effect, the way its most sadistic elements have been turned into spectacle. Her question voiced a fear I’d been afraid to articulate myself: the fear that the body of literature about the Shoah has too much saturated the culture, and is too full of errors and missteps, to withstand another, divergent attempt; the fear that it’s impossible to refer to that history without carrying the weight of all the ways the story’s already been told, including the ways it’s been misrepresented, manipulated, and abused.

Rather than repopulating the world, might it not be better to say, We have learned from our recent history about the darkest reaches of cruelty, sadism and evil. And so, in protest, we will make no more humans—no more humans for a hundred years!—in retaliation for the crimes that have been committed against us. We will make no aggressors, and no victims, and in this way, do a good thing with our wombs.

This is a cheery provocation, one I’d love to embrace, but it leaves me uneasy. The inverse of the noise causing some Americans’ Holocaust fatigue is the pronounced silence about the Shoah in countries liberated into Soviet and Soviet satellite states—a fatigue that began, you could say, before anyone started to speak. Like two of my grandparents, the narrator’s grandmother lived the entirety of her postwar life in the Soviet bloc, and passed on to her granddaughter hardly any traces of her life. Prolonged public silence hamstrings private memory; without cultural representation and community dialogue, the record of history attenuates.

“A book lives in every person who reads it,” the narrator of Motherhood insists, in an attempt to convince herself that a book can be more reproductively powerful than a child. “My grandmother got away from the camps. She got away so she could live. I want my grandmother to live in everybody, not just in one body from between my legs.”

If the book tries to conquer grief through a form of resurrection, though, the result is flimsy, the narrator’s grandmother barely present amid the narrative’s other noise. When the narrator’s mother proclaims, after reading the manuscript, “You never knew [my mother], and you are the one who will make her alive forever. It is magical!” the sentiment feels wishful, even forced. I, too, wish a book—or a child, for that matter—could extend an absent grandmother’s life. But Motherhood reads more like the “last few bloodied and hobbled steps” before the bullet’s function is achieved. 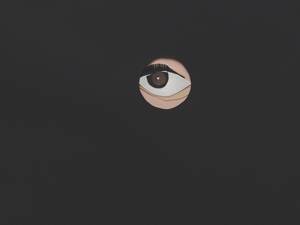 Memoir
Notes from the Underground
An overnight stay in the Vilna Ghetto’s newest attraction.
Menachem Kaiser 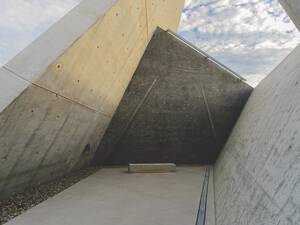 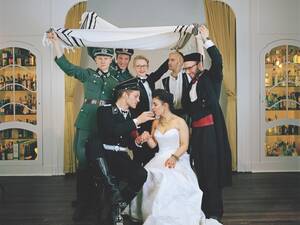 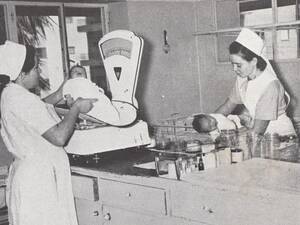 Helen Betya Rubinstein is a writer, educator, and writing coach.

Review
Against Impossibility
Who benefits when we decide—or accept—that the splinters of history are “beyond repair”?
Helen Betya Rubinstein
Photo Essay
Travesty Show
An illustrated correspondence
Nicholas Muellner and Helen Betya Rubinstein
Sign up for our email newsletter, featuring exclusive original content