Letters to the Editor: Bernie Sanders

Readers respond to the presidential candidate’s op-ed “How to Fight Antisemitism.” 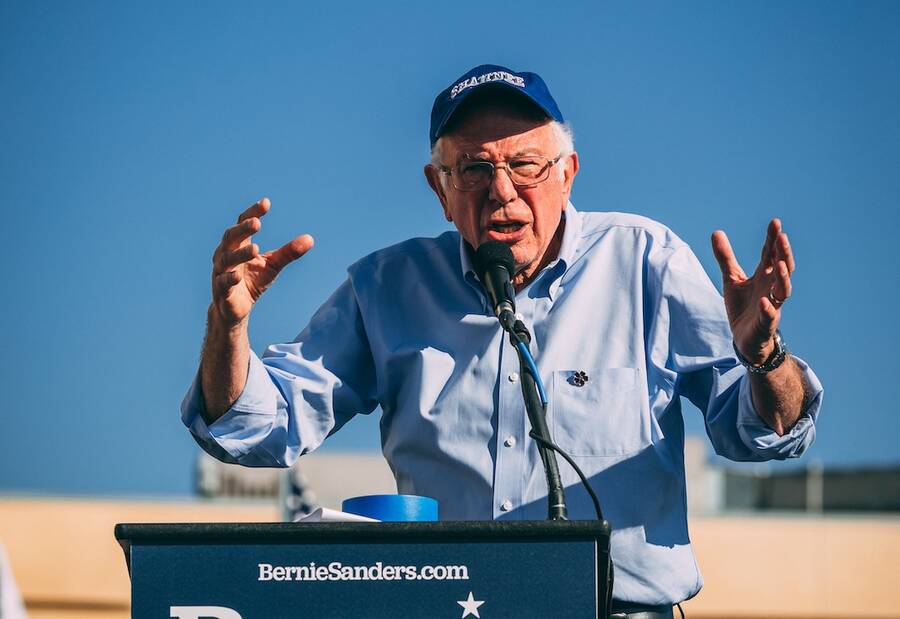 Last week, Jewish Currents published an op-ed by Sen. Bernie Sanders titled “How to Fight Antisemitism.” The reaction from Jewish progressives was largely one of celebration, as many in the activist community saw this statement as evidence that their analysis of antisemitism has been absorbed by a presidential candidate. But others on the left raised issues with Sanders’s piece, criticizing his expressed support for Israel or arguing that the vision of antisemitism he articulates is insufficient. Below, we present a selection of letters we received in response.

For nearly 20 years, the US has unconditionally supported the Israeli government as the latter has made the occupation permanent. The rationale, echoed by politicians on both sides of the aisle, has sounded something like this: In order to keep Jews and Israel safe, there must be no daylight between Israel and the US. Anyone who critiques the Israeli government is thus antisemitic and deserves to be discredited.

This strategy has had a number of consequences: redlining in the American Jewish community, mass disidentification among young Jews who only see Jewish leaders on the wrong side of history, and above all, the continued bankrolling of policies that rob Palestinians of their freedom.

For the first time in almost two decades, progressive leaders are challenging this approach. Reps. Betty McCollum, Rashida Tlaib, Ilhan Omar, and Alexandria Ocasio-Cortez have opened up the conversation by making the plain and simple point that US taxpayer dollars should not be funding child detention and home demolitions.

But in order to change US support for the occupation, we can’t only challenge the policies; we must totally undermine the rationale. We need a movement of Jews rejecting the notion that our safety is dependent on the oppression of others. And we need Jewish leaders who see the fight against antisemitism as one and the same as the fight for Palestinian freedom. I’m thankful to Bernie Sanders for leading the way, and am looking forward to others following suit.

The letter-writer is the political director of the anti-occupation group IfNotNow.

As I write this, we are witnessing yet another round of the Israeli military’s indiscriminate bombing of the people of Gaza—over 2 million people trapped in an open air prison, with nowhere to flee or to hide.

As I watch the news pour in, I am thinking about Bernie’s essay in your pages. It made me so proud. I heard in his words what I have dedicated my life to fighting for: the idea that Jewish safety will not be realized through destroying Gaza, but through letting Gaza live.

But the current Israeli attacks highlight exactly where Bernie fell short: he is still supporting a Jewish state, which is unrepentantly willing to murder captive Palestinians for political expediency. We can stop these endless attacks on Gaza. We can break the siege and let the people of Gaza live lives of dignity. And Bernie is likely the leader to get us there. But only when we stop prioritizing a state over people’s lives.

The letter-writer is the Acting Co-Executive Director of JVP Action, the political and advocacy partner organization of Jewish Voice for Peace.

In the final paragraph of Bernie Sanders’s op-ed, he commends the younger generation of Jewish activists who “see the fight against antisemitism and for Jewish liberation as connected to the fight for the liberation of oppressed people around the world.”

It’s certainly true that antisemitism is often embedded in a wider context of white supremacy. It’s certainly true that the struggle against antisemitism is most powerful when it is part of a broader anti-racist struggle. But Sanders’s use of the term “connected,” rather than “inseparable from,” is an acknowledgement that the fight against antisemitism cannot be completely, seamlessly subsumed into an anti-racist struggle. There are other antisemitisms that are disconnected from other racisms. They include the left’s own traditions of antisemitism and those antisemitisms that emerge “from below,” from groups that may themselves be the victims of racism (including racism from Jews).

In the US context, where antisemitism from right-wing white supremacists is certainly the major threat to Jews, it is understandable that politically progressive Jews may see other antisemitisms as distractions from the main struggle. But the situation in the UK, where the question of antisemitism on the left is causing turmoil and conflict amongst Jews, offers a warning: It is wise for Jewish progressives to develop the political and intellectual subtlety to engage with other antisemitisms from the left long before the issue grows out of control. We didn’t—and here I indict the Zionist and anti-Zionist Jewish left alike. Learn from us.

The letter-writer is a senior lecturer at Leo Baeck College and the author of Strange Hate: Antisemitism, Racism and the Limits of Diversity.

In his writing on antisemitism, one might have expected from Bernie Sanders the same boldness, sophistication, and rigor that accompany his other detailed plans for achieving economic, racial, and environmental justice. However, Sanders gives exactly zero indication of how to fight antisemitism, in spite of the op-ed’s headline and the jubilant applause from American Jewish progressives. Instead, he asserts that antisemitism is bound up in struggles for justice worldwide and implies those struggles inevitably include the struggle against antisemitism. These declarations of antisemitism’s connectedness ultimately retreat from offering any strategic guidance; Sanders merely regurgitates the declarations already shouted from the rooftops by Currents readers. Both confuse an emphasis on antisemitism’s connections to other forms of racism with a theory of combating antisemitism itself.

Sanders’s op-ed thus exposes American Jewish progressives’ impoverished approach to antisemitism. We quite simply do not know how to fight antisemitism, and the urgent assertion of its entanglement with other ideologies and technologies of exclusion is insufficient.

The publication of Sanders in Jewish Currents is significant and worth celebrating. It repairs the breakdown of Jewish identification that occurred in the New Left, and points to the particularist basis from which an insurgent universalism can emerge. But we need to get serious about critically understanding antisemitism and how to dismantle it. We should demand rigorous attention from state leaders and, at the same time, we should seek teachers and organizers outside the state who can offer strategic guidance and careful analysis. This requires that American Jewish progressives stop to listen, learn, and critique, rather than surveil for self-confirmation.

The letter-writer is the editor of the Jewish cultural journal PROTOCOLS.

While I greatly enjoyed Bernie Sanders’s op-ed on antisemitism, and agree on the whole with his analysis, I am eager to understand what possesses him and other progressive Jews to invoke Israel’s left-wing past. Do they think it can be recovered? Can nationalism ever truly be left-wing and liberatory? Can we interpret Bernie’s call for Jewish self-determination in a way that does not lead to establishing an exclusivist ethnostate? All these questions and more should be examined. Above all, we must not lose sight of standing in solidarity with Palestinians and seeking justice for the Nakba.

This argument, based on the apt parallel between Israel and the US, makes up the crux of Sanders’s essay. But its conclusion prevents him from developing a truly humane or progressive position. In fact, both Israel and the US are illegitimate precisely because of the massacres, dispossessions, and exploitations that produced them—acts of violence that continue to shape both nations today.

Sanders encourages us to merely recognize, rather than honestly confront, this history. He suggests that both Palestinians and Indigenous people on Turtle Island resign themselves to a “truth and reconciliation” that makes no concrete plans for restoring lands, addressing power imbalances, and pursuing racial justice—the kind of justice that is truly how we fight antisemitism. In lieu of such plans for Palestine, he proposes the long-dead dream of a two-state solution.

We believe that this is a mistake. Instead, we propose a program of reparations and restorative justice as an answer to the questions of colonialism and antisemitism.

I remember October 27th, 2018, as I’m sure every Jew in the US can. The morning was cold and damp, and as alerts came in on my phone, I slowly resigned myself to tears. During the Shabbat that followed the Tree of Life shooting, the importance of this moment became clear: it revealed that antisemitism has not and will not go anywhere, so long as open white nationalists walk among us.

Almost exactly one month after the massacre, Marc Lamont Hill—a professor at Temple University, where I am a student—made a statement at the UN supporting Palestinian self-determination. Though he was not fired from the university, many Jewish Temple students were upset with him and his defense of what they insisted was an antisemitic sentiment, expressed in the wake of a tragedy.

Bernie Sanders is the only Jewish politician I know of who has stood up against accusations of antisemitism directed toward the left on the basis of anti-Zionism. Sanders has made it clear that valid criticism of Israel does not constitute antisemitism. Like Sanders, I too believe it is despicable to compare an ideology that would have me killed to much-needed criticism of a state. So as part of the anti-Zionist Jewish left, I thank him for all he has done and hopefully will do for this country.