How Left-Wing Jews Organized for the Midterms

The 2018 election results in New York spotlight the work of Jewish activists. 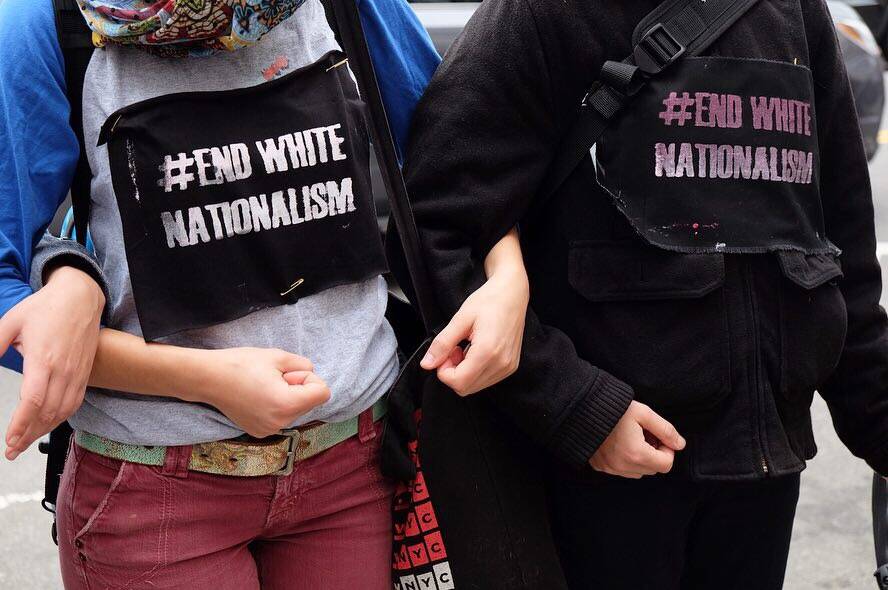 FOR MANY PEOPLE IN THE US, whether Jews or non-Jews, Jewish political issues can be summed up in one word: Israel. This applies to the right wing (AIPAC) as well as the center-left (J Street), but it does not capture the full scope of American Jewish political action.

The Jewish Vote (TJV), founded just this year, has a different vision of Jewish politics. An offshoot of Jews for Racial and Economic Justice (JFREJ), TJV is harnessing leftist Jewish political enthusiasm to focus not on Israel, but instead, on New York, where JFREJ has long been based.

“We’ve grounded our platform and our endorsements in the Jewish Bundist value of doikayt, meaning ‘hereness,’” Rachel McCullough, TJV’s political director, explained to Jewish Currents by phone. The Bund was a Jewish socialist movement in Russia and Eastern Europe in the early 20th century which worked for justice and equality in the diaspora, rather than agitating for a Zionist move to Israel. The Bund’s focus on “hereness,” McCullough says, “tells us that our home is wherever we are, and that our responsibility is to the people we live among and alongside.”

For TJV, that means focusing intensely on local New York state politics, rather than on national races. In the primaries this year, TJV campaigned for victorious left-wing candidates including Julia Salazar and Zellnor Myrie. TJV-backed Alessandra Biaggi, a progressive candidate for state senate, even beat back Jeff Klein, the leader of the Independent Democratic Caucus (IDC), the infamous group of Democrats who caucused with Republicans, giving the GOP control of the chamber for most the last decade in spite of the Democratic majority on paper.

It might seem odd for a Jewish organization to support Biaggi, who is an Italian-American, over Klein, who is Jewish. But the endorsement was very much in line with TJV’s Jewish values, McCullough says. Biaggi’s father has Parkinson’s, and she had a strong “lived experience in relation to care and caregiving,” McCullough says. “That is an issue that is a top priority for Jewish New Yorkers as a whole, and specifically Jewish seniors and people with disabilities.” TJV drew on JFREJ’s 2,000 intergenerational members for volunteers and canvassers, joining a broad progressive coalition organizing against the powerful Klein. Biaggi’s stunning upset victory in the primary, and her election to the state senate on Tuesday, represent a huge step toward instituting single-payer health care in the state of New York.

Beyond health care, another important focus for TJV has been what McCullough calls the “rise of white Christian nationalism.” She points to bomb threats against Democratic politicians, the murder of two black people in Kentucky, and the massacre at Tree of Life synagogue in Pittsburgh as evidence of a rising right-wing terrorist threat, which is often implicitly, and sometimes explicitly, antisemitic.

This threat has manifested locally as well. On October 12, Gavin McInnes, the leader of the Proud Boys, was invited to speak at the Metropolitan Republican Club. The Proud Boys are a far right Islamophobic, antisemitic and misogynist gang; McInnes himself has infamously created a video initially called “10 Things I Hate About Jews,” and praises the use of violence, claiming that “Fighting solves everything. The war on fighting is the same as the war on masculinity.” Given that philosophy, it’s no surprise that following McInnes’ talk, members of the Proud Boys were filmed assaulting counter-protestors and later arrested for the violence.

Ian Reilly, the man who invited the Proud Boys to the Republican Club, was also the campaign manager for South Brooklyn Republican State Senator Marty Golden. Though progressive groups have called on Golden to fire Reilly, the nine-term senator refused. TJV actively campaigned against Golden, partnering with the Muslim Democratic Club of New York and a new Arab American group called Yalla Brooklyn. On Tuesday, Golden lost by 1,000 votes to his Democratic challenger Andrew Gounardes.

Working with Muslim and Arab groups is a natural move for Jewish progressive organizing, McCullough argues. White nationalists, “would like nothing more than for all Jews to join their call for closed borders in the US before promptly moving to Israel, leaving this nation a pure white Christian society.” But the truth is, she says, “that the vast majority of the Jewish community has long felt a pretty strong affiliation with and voted alongside other oppressed groups, whether or not we ourselves are under attack.”

Jewish people here do, increasingly, have reason to see themselves under attack. When Trump fans antiemitic conspiracy theories about Jewish financier George Soros, he puts Jewish people at risk in the United States, even if he supports Netanyahu’s government in Israel. For that matter, Netanyahu indulges the same hatred by spreading those same conspiracy theories to gin up his own right-wing base. TJV believes that Jews need to be committed to the communities they live in if they want to make a better world for themselves and for everyone else. “Given the choice between movements working to build a multiracial pluralistic social democracy here in the US, or a heavily militarized ethno-state,” McCullough says, “we Jews will choose social democracy every time.”

Noah Berlatsky is the author of Nazi Dreams: Films About Fascism.

Review
The Rise and Fall of the Fourth Reich
A new book by historian Gavriel D. Rosenfeld traces the persistent idea of a resurgent Nazi regime.
Noah Berlatsky
Essay
The Lethal Antisemitism of “Cultural Marxism”
A right-wing conspiracy theory has once again proved deadly.
Noah Berlatsky
Sign up for our email newsletter, featuring exclusive original content
Want original reporting and analysis on Israel/Palestine?
Sign up for the Tuesday News Bulletin.