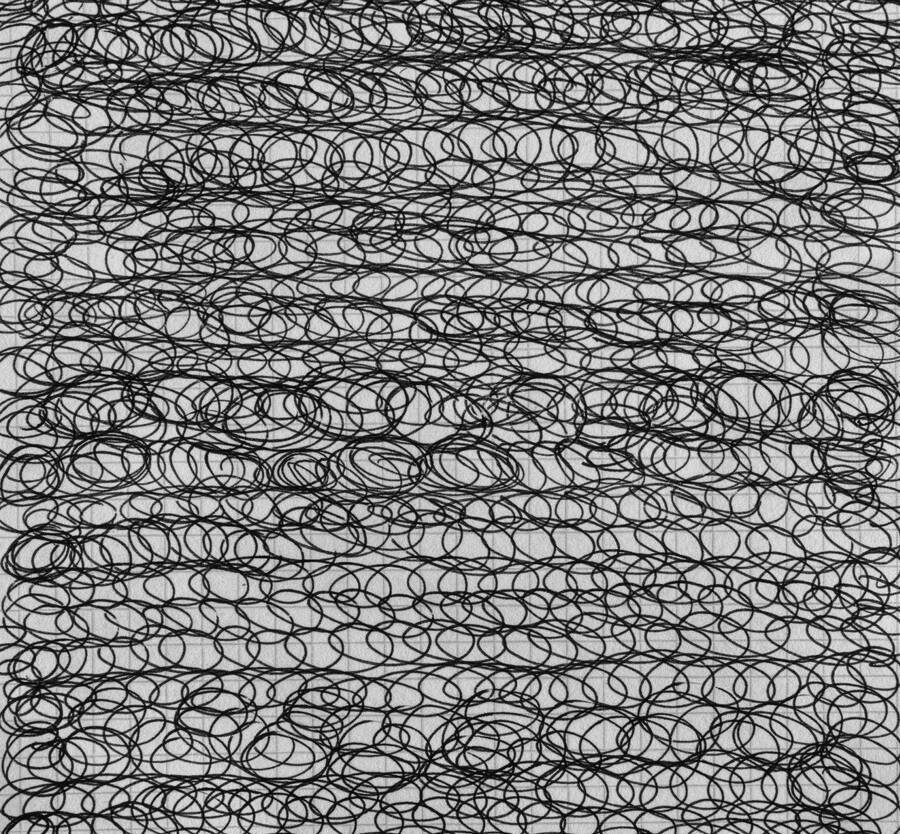 In his essay “Sound and Sentiment, Sound and Symbol,” the poet Nathaniel Mackey relays the origin story of music as told by the Kaluli people of Papua New Guinea: A sister and brother go to catch crayfish. When the boy catches none, his sister refuses to share her bounty. Finally, the boy comes upon a shrimp, which pinches his nose, turning it purple like the muni bird’s beak. His arms become wings, and he flies away, mournfully singing, his lament like the bird’s “falsetto cry.” Mackey explains: “For the Kaluli, then, the quintessential source of music is the orphan’s ordeal—an orphan being anyone denied kinship.” Poetry shares this same vexed origin. “Poetic language,” he writes, “is language owning up to being an orphan, to its tenuous kinship with the things it ostensibly refers to.”

Mackey’s essay returns to me as I read Will Alexander’s poem “Language: Replete with Transformative Monsters,” which repeatedly undermines my attempts to find stability. If I move slowly, I can briefly catch hold of an image—“as if the Sun were a new red star shining / on an ice-strewn blackness”—but no sooner have I begun to build a world out from that image in my mind than the terms shift: “not flotational ozone that reflects / its own / static burial pattern / but remains bat-like / ungrafted.” If I relinquish meaning to the rhythm of the poem’s rapid transformations, the music overtakes. Neither all sound nor all sense, the language is monstrous like the boy in the Kaluli myth, neither all human nor all bird. And what is it to be monstrous but to refuse the enclosures of a singular affiliation? If kinship describes the arrangements of care and connection as they currently exist, then the lament of the orphan is a call toward a different kind of world, one where resources are not apportioned according the strictures of prescribed attachments—a song of “language not assembled embitterment / or ruse / or disjunctive gesture / but alive.”

Listen to Will Alexander read "Language: Replete With Transformative Monsters."

“Language: Replete with Transformative Monsters” from Divine Blue Light (for John Coltrane). Copyright © 2022 by Will Alexander. Reprinted with the permission of City Lights Books.

Will Alexander is a poet, novelist, playwright, philosopher, visual artist, and musician. He has earned many honors and awards including a Whiting Fellowship for Poetry, a California Arts Council Fellowship, the PEN/Oakland Josephine Miles Award, a Before Columbus Foundation American Book Award, and the 2016 Jackson Poetry Prize. He is currently the poet-in-residence at Beyond Baroque in Venice, California. He has lived his entire life in Los Angeles.

Poetry
Everyday People
“Everyday people do impossible things / Bury their child on a warm / Spring day then make / A fresh pot of coffee”
Ana Božičević
Poetry
Red Puncta
“The other girls’ bodies / conduct a current of faith but she stands outside / of the circuit.”
Jenny Xie