A series of reforms proposed by Israeli Justice Minister Yariv Levin will effectively neutralize the judiciary, eliminating the only backstop to legislative overreach. 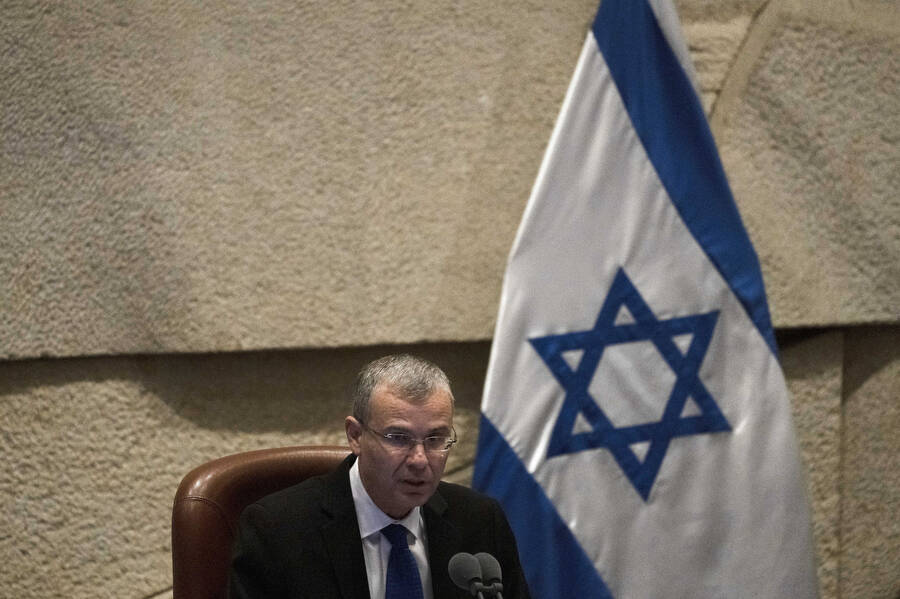 On January 4th, Israeli Justice Minister Yariv Levin announced the first stage of his plan for “governance reform.” The proposed changes amount to a shakedown of Israel’s legal and judicial systems, stripping check after check on governmental power by profoundly weakening or abolishing the powers of the judiciary. Yair Lapid, head of the Israeli opposition, dubbed the plan “a threat . . . to destroy the entire constitutional structure of the state of Israel.” According to Israeli news sources, a number of these changes will be up for a vote in the Knesset by the end of the month, where they face no real barriers to passage.

The first change Levin announced was to alter the makeup of the committee for judicial appointments, which would give politicians the voting majority over legal professionals. Putting the government in control of selecting justices undermines the judiciary’s status as an independent body capable of balancing the power of the legislature, threatening the only backstop to legislative overreach. (Just four days after Levin’s speech, the far-right Otzma Yehudit party submitted legislation that would immediately enact this change.) Levin went on to lay out reforms to undermine the authority of the Supreme Court: first, by instituting an “override” clause that will enable the slimmest Knesset majority (61 members) to re-legislate any law the Supreme Court has struck down, and second, by making the judicial review process for regular laws more difficult—and, in the case of Israel’s pseudo-constitutional Basic Laws, impossible. Because Israel has no formal constitution and no Bill of Rights, the only legal protection for minority rights lies in the court’s ability to strike down discriminatory legislation. Without judicial review, minorities are left fully exposed to the whims of any given legislative majority.

Levin’s proposal also included the abolition of the “reasonableness doctrine,” a legal check that enables the court to cancel arbitrary or “unreasonable” administrative government decisions. The doctrine, borrowed from the British system upon which Israel’s judicial branch was built, has been used to protect citizens from abrupt and disruptive government decisions—for example, to stop the state from ending welfare subsidies for children without a waiting period, or to prevent a municipality from charging homeless people property taxes at outrageous rates. (Just last week, the court held a hearing that addressed the question of whether it was “reasonable” for a thrice-convicted politician—Aryeh Deri—to become a minister.) Finally, the reform package would put ministers in charge of their own legal advisors. In other words, instead of being hired by professional committees—making them subordinate to the attorney general and, by extension, the rule of law—ministerial legal advisors will be hired by, and subordinate to, their own minister, making them more like a personal lawyer than a public servant.

Talia Sasson, a former official in Israel’s attorney general’s office, said these changes added up to nothing short of a “revolution.” “If you look at the big picture,” she said, the goal is simple: “to make the judicial subservient to the political.” Levin’s proposed override clause is the clearest example. “The politicians will always have the last word,” she said.

Asaf Goldfarb, the director of the Shatil Center for Policy Change at the New Israel Fund (where, full disclosure, I am the media and policy director), said that the override clause means there will no longer be any legal recourse for minorities in Israel. “The people who will suffer first are the Palestinians in occupied territory, then the Palestinians who live in Israel, then women, then Ethiopian Israelis, then LGBTQ Israelis—anyone who isn’t a hard-right, religious man.”

“There are those in the Arab public who maintain that salvation will never come from the Supreme Court, which has always [privileged Jewish concerns] in the face of the democratic demands of the Arab citizens,” said Amal Oraby, the New Israel Fund’s Arabic media coordinator. “But faced with the government’s determined attempt to reduce civil space and harm individual rights, a broad civil alternative must stand to establish equality for all citizens.”

In the 1990s, the Supreme Court garnered a reputation as an “activist” or “left-wing” court when it began using Israel’s Basic Laws regarding “Human Dignity” and “Freedom of Occupation” to protect individual rights. But such a reputation is long outdated. As I’ve previously reported in Jewish Currents, hundreds of conservative, non-interventionist judges were appointed over the last ten years, and the Supreme Court has become far more reticent to intervene, particularly around Israel’s behavior in the territories it occupies.

But if the right has already captured the judiciary, why gut it? According to Yaniv Roznai, co-director of the Rubinstein Center for Constitutional Challenges at Reichman University, the answer lies in how the right thinks about sovereignty. Levin’s reforms, Roznai told Jewish Currents, “rest on a purist idea of sovereignty.” In this formulation, “the people are the sovereign and the leaders represent the people, so the leaders are sovereign. And if the leaders are sovereign, then any limitation on their power—be it the courts, the gatekeepers, the media, the [political] opposition—is simply illegitimate.”

This same populist rhetoric has been deployed by other backsliding democracies like Hungary and Poland: In both countries, far-right parties have won elections and then overhauled their judiciaries, giving the executive power over the courts. Their reforms, like those now poised to pass in Israel, include political judicial appointments to pack the courts with friendly judges, and legislating procedural changes that allow lawmakers to evade judicial review. “Viktor Orbán called it ‘illiberal democracy,’” said Roznai. “But there is no such thing as illiberal democracy. If you want elections to be fair and genuine, you need to have basic rights, rule of law, and judicial supervision.” Ultimately, he said, “a government that wants absolute power will not settle for anything but a rubber stamp.”

Without the threat of the court striking down discriminatory or unreasonable executive action or legislation, the Knesset majority will be able to churn out a never-ending stream of extremist legislation. Currently, for example, the Knesset is in the process of fast-tracking a law that would revoke the citizenship or residency of a person convicted of terrorism—a penalty that restricts access to the most basic elements of life in a nation-state, from schools to jobs to marriage, and which will mostly affect Israel’s Palestinian citizens. Though it is unlikely to do so, should the Supreme Court strike it down, the Knesset could simply re-legislate it. Roznai suggests that the override clause is likely to bring a high level of chaos into the government. “Everyone has their own agenda,” and “every coalition party will push to its own extremes,” he said.

Thousands of Israelis took to the streets of Tel Aviv on Saturday night, January 7th, to protest the new government’s plans to gut Israel’s remaining democratic institutions. “We haven’t seen this kind of protest since the summer of 2011,” said Shatil’s Goldfarb. “It is true that we are going to lose,” he said. “But Israel’s history books will show that we did not go quietly.”

Newsletter
Itamar Ben-Gvir’s Militia
An IDF assault on left-wing activists in Hebron reveals an emboldened security force—and signals a step toward annexation.
Elisheva Goldberg
Newsletter
The Knesset Pulls Back the Curtain on the Occupation
Thanks to political infighting, regulations allowing West Bank settlers to enjoy the rights of Israeli citizenship are on the verge of expiring.
Elisheva Goldberg
Sign up for our email newsletter, featuring exclusive original content
Want original reporting and analysis on Israel/Palestine?
Sign up for the Tuesday News Bulletin.