Gloria Gervitz Introduced and translated from the Spanish by Mark Schafer
December 17, 2021 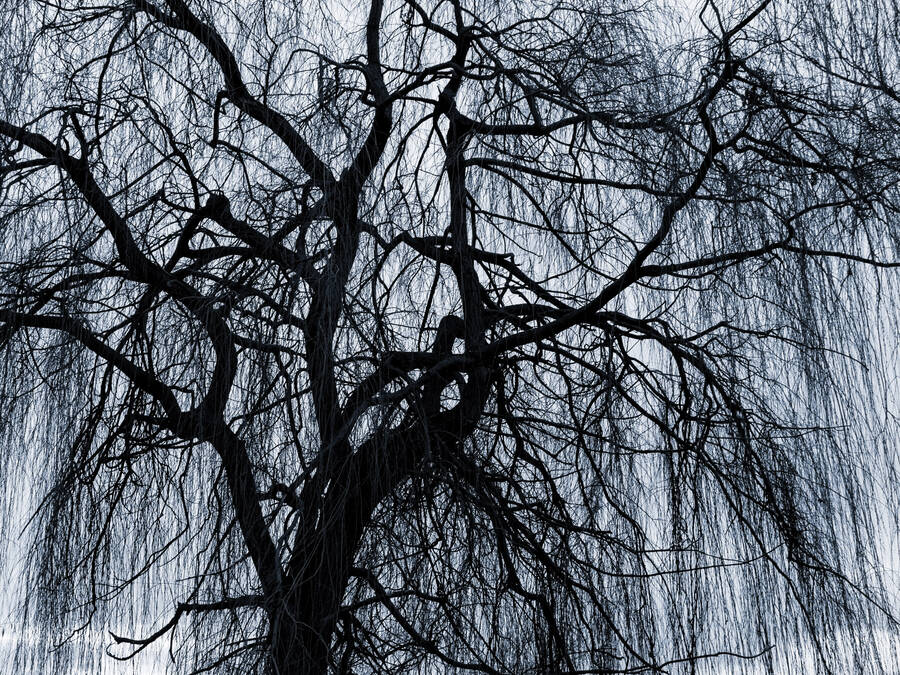 Gloria Gervitz’s monumental poem Migraciones, 260 pages long and 44 years in the making, begins with the stillness of the blank page. When the first line appears a third of the way down, it introduces a flurry of movement, one that plunges us into pre-mythic time: “in the migrations of red carnations where songs burst from long-beaked birds / and apples rot before the disaster.” But rather than a one-way trip to the past, this is a motion in which multiple times and places (as well as generations, languages, and voices) coexist. In the world of the poem, migration is not the act of leaving one home for another, but a weaving that pulls together times, places, and the family experiences they hold.

Migraciones is informed by Gervitz’s own migrations as well as those of her ancestors. In the early 20th century, her three Jewish grandparents emigrated to Mexico from Eastern Europe, and her maternal grandmother, a Catholic woman from the city of Puebla, converted to Judaism. More recently, Gervitz left her lifelong home in Mexico City to live in San Diego, California, where she completed her poem. But the poem records migrations the traditional map can’t accommodate. In the afterword to the edition of my English translation, recently published by NYRB Poets, Gervitz notes, “[T]he poem has outside migrations, but mostly they’re inside migrations. There were also migrations of myself into other selves, as we’re always migrating within ourselves . . . In that sense, the poem is always moving.”

As the poet reaches across time for her mother and her paternal grandmother, a young Jewish woman who raised a family in a Catholic country and in a language not her own, the poem seeks to repair the ruptures experienced by three generations of women through a movement of memory. If Western, masculinist ideas of migration are characterized by an always-forward motion in which the present supplants the past, with new contexts overtaking old ones, Gervitz offers a feminine alternative animated by a current of accretion and flux. She repeatedly links lines and verses with the conjunction “and” as the poem accumulates, bridges, and blurs, refusing boundaries and hierarchies: of time, voices, generations, languages, relgions.

In this brief excerpt, which appears about a third of the way into the poem, the (auto)biographical details that populate the opening have vanished, giving way to the stillness of “the breach of the day”—the morning “sway[ing] with the old words / the long the sunken words,” “swallows pierc[ing] the moment.” Just as the speaker brings the old words into the light of this new day, so has she both borne her dead mother and heard her being born. Right before this excerpt, the daughter begs her mother—“forgotten one,” “sobbed one”—not to abandon her. Yet by evoking memory, the speaker remains complicit with its forms, trapped in its recursive movement, and it is the “dweller of the night” who comes to drag her back into darkness. It is only by fording the dark “pool of fear” that she can reach the words that will finally release her.

Listen to Gloria Gervitz read an excerpt from Migraciones in the original Spanish.
Listen to Mark Schafer read this excerpt in his translation.

(English follows the Spanish, below.)

drag me to the breach of the day leave me in its stillness in its coarseness and the water in its silence of roots in its slowness of roots opens itself trembling and the morning groans and sways with the old words the long the sunken words give them to me that I might seek you give them to me that I might open myself not to the knowledge of you but to the muddled premonition of the path that leads to you I speak to you from those words from thought and the idea of thought from you and the beginning that emanates from you from the desire to reach you and morning breaks and Shaharit begins oh splendorous splendorous splendorous listen to me wherever you might be listen to me there’s a dizziness in this light and the day plummets and swallows pierce the moment what do the gods know of the dreams of men? it’s in this light that I’m consumed in its transparency where I seek you most it’s in the parched expanse of this morning imperceptible spilled water on the lips of the thirsty mother I’m the one I seek I’ve carried you on my back feeling your weight and oblivion aches in me like a wound the light hushes and I heard you inside me heard you at the breach being born and the words sank and the cry soaked into the sand and I stood on the edge and there was something beloved in the days and in the memory of the days and it took me my whole life to wake up but we never said what mattered most it was near the dark heart of the willows where I still invoke your name and prostrate myself before you as before as always I stand beneath a pale sky always the enormous pale silence and it dwelled in me like a blossoming waking up on the other side and I wanted to know but was only allowed to ask autumn draws taut as a bow the rain also glides toward sleep gradually regains its shadow leans like a willow falls waves of light swell upward wailing in the vast stillness of the name the pierced word wandering mortal and alone feeling her way the priestess complicit old mother intercedes oh summoned one night dweller like a pool of fear opening in your hunger you rivet your widow’s eyes on the arduousness of love and night every branch trembling kneels at the abyss covers me like a tear and we tumble together down the slope complicit

Gloria Gervitz was born in Mexico City into an Ashkenazi Jewish immigrant family. She was awarded the Pablo Neruda Prize for Poetry in 2019. Her main body of work is Migraciones, a single poem that evolved organically over 44 years. She lives in San Diego, California.

Mark Schafer is an award-winning translator and visual artist and a senior lecturer in Spanish at UMass Boston. He has translated poetry by David Huerta and Gloria Gervitz and fiction by Belén Gopegui, Alberto Ruy Sánchez, and Virgilio Piñera, among many others. He has been translating Migraciones into English since 1991.

Poetry
Demiurge
“Don’t make universes out of nothing / Use what’s there– take it easy, but take it”
manuel arturo abreu
Poetry
sol(ace) song
“few things we sojourners / have shaped contain so much space —”
Evie Shockley