Kindling Media is delighted to announce the launch of a publishing imprint dedicated to the promotion of new writing by and for the Soviet diaspora.

Kindling Media, a division of the Adelson Family Foundation, is delighted to announce the launch of Truth, a publishing imprint dedicated to the promotion and distribution of new writing by and for the Soviet diaspora. For four decades American Jewry has been enriched and enlivened by the contributions of Soviet Jews, and for four decades those contributions have been overlooked by the mainstream media, committed as it is to elevating diversity and equality over hard work and the (Soviet-)American spirit. Truth seeks to rectify this balance and remind readers that Soviet Jewry still has much to teach us. We are proud to announce four new titles for publication in 2022. 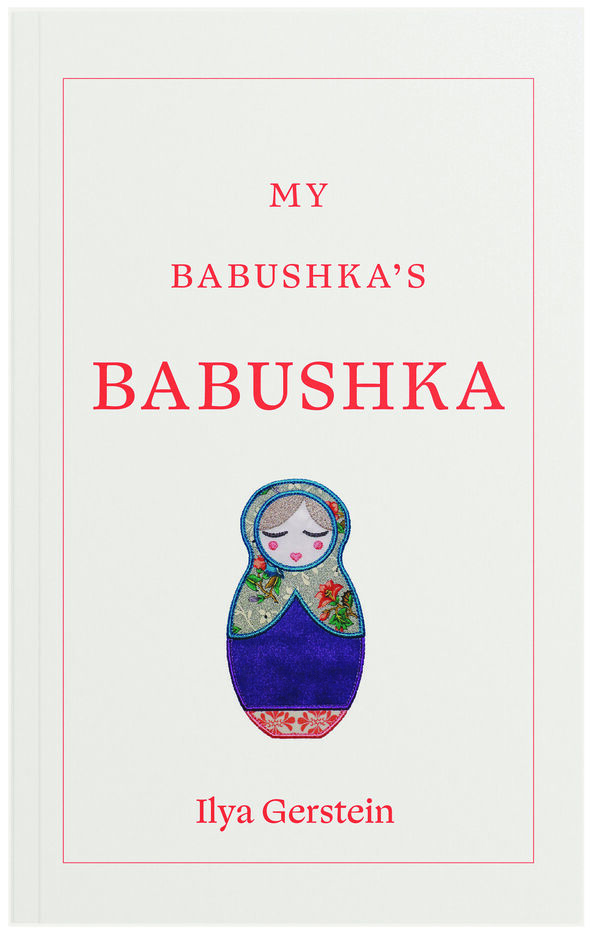 In this scintillating memoir, a young writer reckons with his inheritance—and his grandmother’s outerwear

Ilya Gerstein grew up in Florida, where his head never got cold. His grandmother was not so lucky. Every fall, winter, and into a good portion of spring, Ilya’s Baba trudged out into the freezing streets of Saint Petersburg with her trusty scarves wrapped tightly around her head. Did she feel oppressed—and by what? Patriarchy? Communism? The bitter cold? Haunted by visions of his grandmother’s thinly veiled head, Gerstein combines family history, fashion criticism, and lyrical first-person writing in My Babushka’s Babushka, an unforgettable reconstruction of one heroic woman’s life through her headscarves. While Baba herself remains an elusive presence—Gerstein does not speak Russian and hasn’t talked to his grandmother since she was moved into an assisted living home several years ago—she nonetheless comes alive in this extraordinary account, structured around 17 headcoverings she might very well have owned. What, Gerstein wonders, can a floral silk shawl tell him about the hunger of the Brezhnev era? Will the look of a black tassel fringe finally reveal to him the spirit of perestroika? The winner of the first annual Alexander Herzen Prize for Russian-American Biographical and Autobiographical Imagination, My Babushka’s Babushka is a perfect gift for grandmothers and grandsons alike. 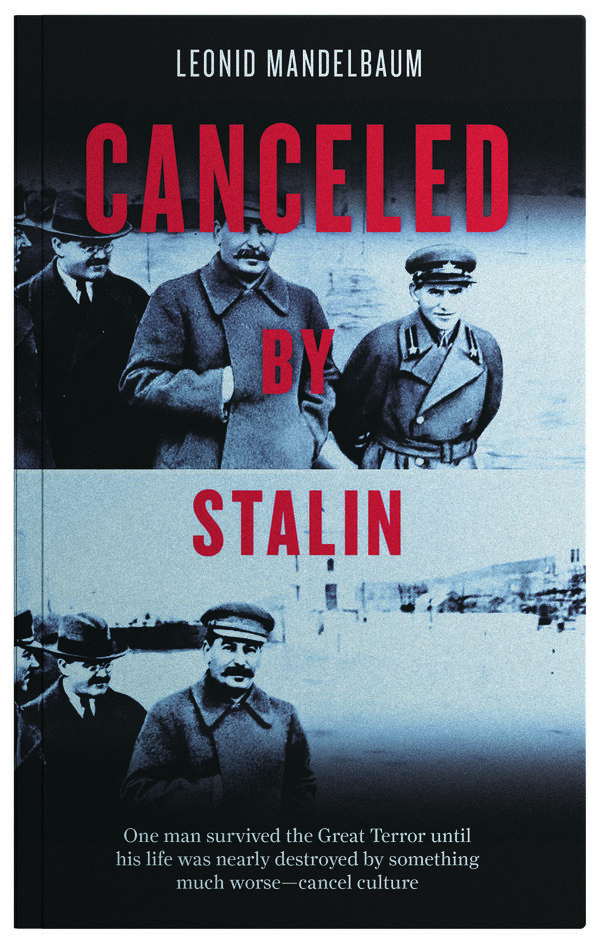 He survived the Great Terror, but his life was nearly destroyed by something worse—cancel culture

Leonid Borisovich Mandelbaum was a child when his parents were executed in the Great Purge. Now 86 years old, he has an urgent message for every American who will listen: We are living in even darker times. Co-written with Mandelbaum’s grandson, Turning Point USA regional field director Benjamin I. Mandelbaum, Canceled by Stalin is the definitive account of what happens when lives get steamrolled in the name of progress, apparatchiks speak in the name of an unelected leader, and that leader—an insane, genocidal dictator nicknamed “Joe”—acts in the name of the people. The story begins last summer, when Mandelbaum logged onto Facebook to make some casual remarks about the riots then engulfing American cities. He received dozens of supportive comments—until America’s social media tyrants stepped in. First Mandelbaum was shadowbanned, but that wasn’t enough: His post was flagged for review and it took full days for him to be able to speak directly to his devoted network of supporters. Locked away from the public during that endless week, Mandelbaum wrote what will stand as a definitive account of a social media regime worse than Stalin’s own. As his grandson writes in the introduction, cancel culture is the Cultural Revolution, Holodomor, and the Cambodian genocide all rolled into one; it threatens not only our bodies, but our minds. Celebrated as “brave” by James Kirchick, “vital” by David Horowitz, and “chilling” by John McWhorter, Canceled by Stalin received the first annual Natan Sharansky Award for Independence of Jewish Thought, Mind, and Spirit. Limited in speech and cognition but passionate in his commitment to freedom, Leonid Mandelbaum is begging us to listen before we, too, find ourselves canceled . . . forever. 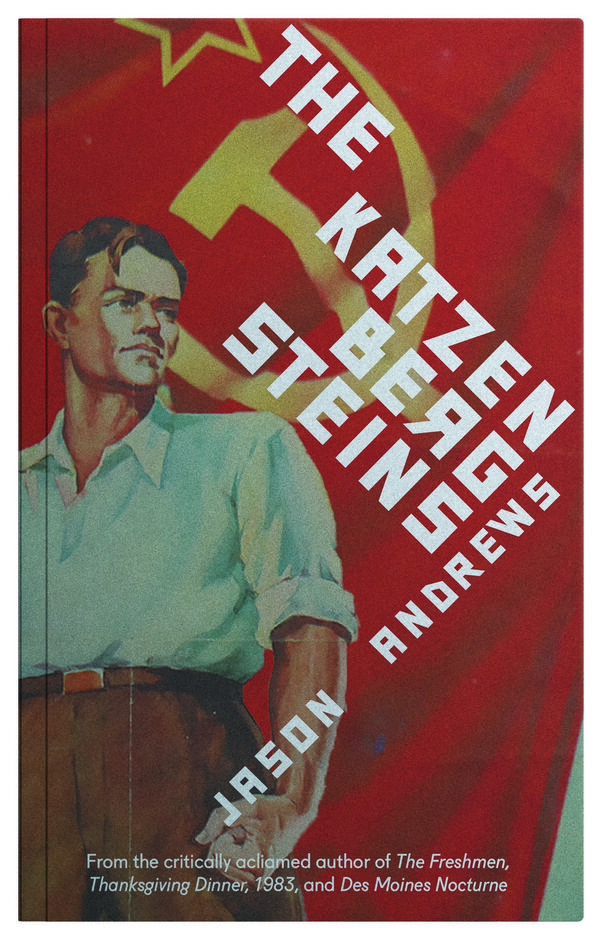 In critically acclaimed novels like The Freshmen, Thanksgiving Dinner, 1983, and Des Moines Nocturne, Jason Andrews has explored the inner lives and afterlives of the American family. Now, in his boldest book since his debut, Mom and Me, Andrews tells the unforgettable story of the Katzbergsteins—a clan whose tragic, triumphant trajectory is the story of the Soviet Union itself. Famously averse to travel outside the United States due to a horseback-riding injury in his youth, Andrews has nevertheless immersed himself in the ways and souls of Soviet Jewry, and The Katzbergsteins is a tribute to that research. Drawing from sources as rich and varied as Anne Applebaum, Robert Conquest, and Richard Pipes, Andrews begins his story at the end of World War II when a young boy, Kolya Katzbergstein, hears Harry Truman on his grandparents’ short-wave radio. Set alight by this premonition of freedom, Kolya winds his way through the Soviet Union’s stifling bureaucracy, crippling antisemitism, and brutal hostility toward the free market until a chance encounter with a glamorous American journalist in the bare aisles of a grimy market changes everything. Kelly Bridges is everything Kolya is not: successful, free-thinking, not starving. As an unlikely romance blossoms, Kolya and Kelly realize their love in combination with her passport may have the power to transform not just their own lives, but the fate of Soviet Jewry. Channeling Tolstoy, Chekhov, Dostoevsky, and Gorbachev, Jason Andrews has delivered to us a novel as epic as Doctor Zhivago and as intimate as “The Overcoat.” In the grand tradition of culture-transcending novels like American Dirt and I Am Charlotte Simmons, The Katzbergsteins is at once a great American novel and a great Russian novel—a book that, for the first time ever, reveals an entire people to themselves. 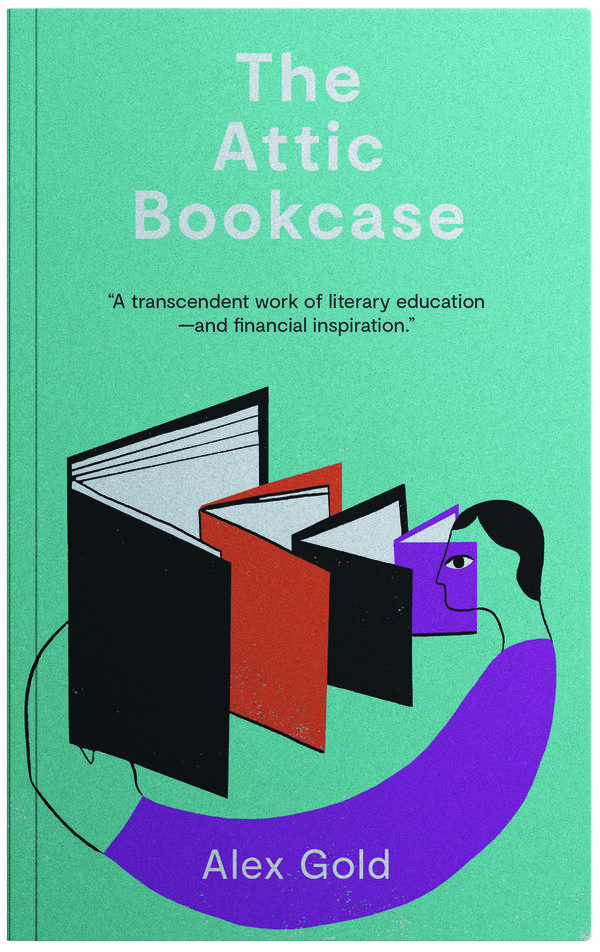 Twenty-four-year-old crypto influencer Alex Gold was born into a family of creatives. His parents, grandparents, aunts, uncles, and cousins were novelists, poets, playwrights, and artists. This was not Gold’s world, but he wanted to find out more. So he hired Sara Sexton, a graduate student in Russian literature, to open him up to the world of his ancestors. “These were the thought leaders of yesteryear, always innovating in a culture that sought to stifle innovation at all costs,” Gold writes. “But what, I wondered, was their . . . whole deal?” To answer the question, the visionary and the academic turned to a dusty bookcase in Gold’s parents’ attic. There on the shelves were the Silver Age poets, the tamizdat copies of Pasternak and Nabokov, the glasnost-era editions of Bulgakov and Yerofeyev. Exploring these cultural treasures in spare minutes between livestreams, Gold had time to read only the first page of each work—a constraint that radically disrupts the memoir form, and the idea of what it means to “read” a book at all. Told in 87 short chapters—one for every book on the shelves—The Attic Bookcase is the story of a literary education across time and space, and a reminder of the horrors of centralized bureaucracy by a maverick of decentralized finance. Mayakovsky, Gold writes, is “in touch with his soul and spirit, an inspiration to creators everywhere,” Akhmatova is “a badass and a girlboss who weaves struggle into poetry—literally,” and Fazil Iskander “keeps things light no matter how dark things get: exactly the attitude you need when you’re playing the crypto long game.” A revolutionary reflection on what it means to come from a long line—and a land—of rebels, The Attic Bookcase is the book Gary Vaynerchuk has called “a revelatory tribute to both the Russian soul and the American dream.” Winner of the inaugural Roman Abramovich Award for Culture and Entrepreneurialism, The Attic Bookcase is a transcendent work of literary education—and financial inspiration.

Mark Krotov is the co-editor and publisher of n+1.