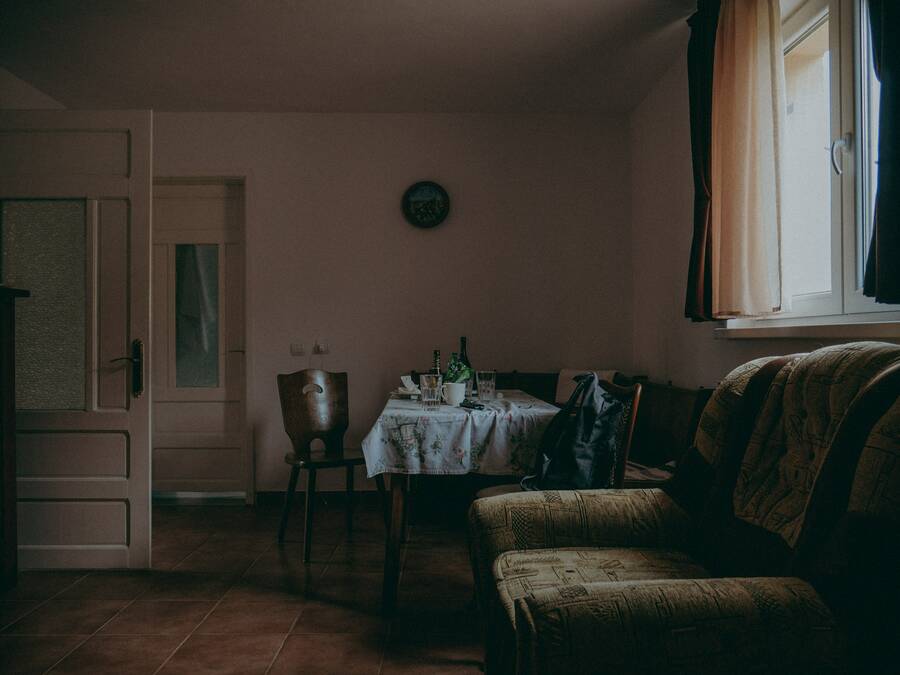 Judith Harris’s “Far Rockaway” begins with distance. The “Far” of the Queens neighborhood that is the poem’s namesake assumes a metaphorical valence as it opens onto the ascendant first line: “Up on the tenth floor.” As the poem unfolds, drawing us intimately into interior spaces—of the apartment, the speaker’s memory, the grandmother’s mind—metrics of farness and nearness buckle. “It was always 1942: and they were / again refugees in the woods,” the speaker recalls, and offers us a glimpse into the grandparents’ relationship, made difficult by the violence they endured. Yet it is not only trauma that explodes boundaries between past and present, between there and here. Care does, too. And care abounds in “Far Rockaway”—in the poem’s slow pan, lingering attentively on the smallest details; in the meticulous language with which the poet traces the memory. Even the final line’s resounding hopelessness feels like a kind of closeness—an acknowledgement of a void so enormous it may hold us all.

Up on the tenth floor
of my grandparents’ apartment,
with the plastic slip-covered couch
and candy dishes filled with walnuts—

I can still see my grandfather,
rolling his sleeve up,
speaking in chicken scratch Yiddish,
as my grandmother jabs him
with the insulin shot;

his dummy leg parked
in the hallway with the Murphy’s
black shoe and nylon sock;
the elderberry wine fermenting
in tinted bottles on the sill.

The war was not over
in my grandmother’s mind.
It was always 1942: and they were
again refugees in the woods.
She remembered typhus fever
and bone chills, soldiers with wolf-dogs,
snapping their whips.

At night she stomped and cried,
and beat her chest
as if crying could stop the contagion;
pleading with him, to go,
to run to fetch a doctor for her.

Even then, on two good legs,
the old man must’ve fought her:
damning the moon, the stars numerous
as inoculation marks,
but what choice did he have
but to hide or keep moving,
as the roiled sky keeps moving
and no God in sight.

Judith Harris is the author of Night Garden, The Bad Secret, Atonement, and Signifying Pain: Constructing and Healing the Self through Writing. Her poetry has appeared in The Nation, The Atlantic, The New Republic, Slate, and The New York Times blog.